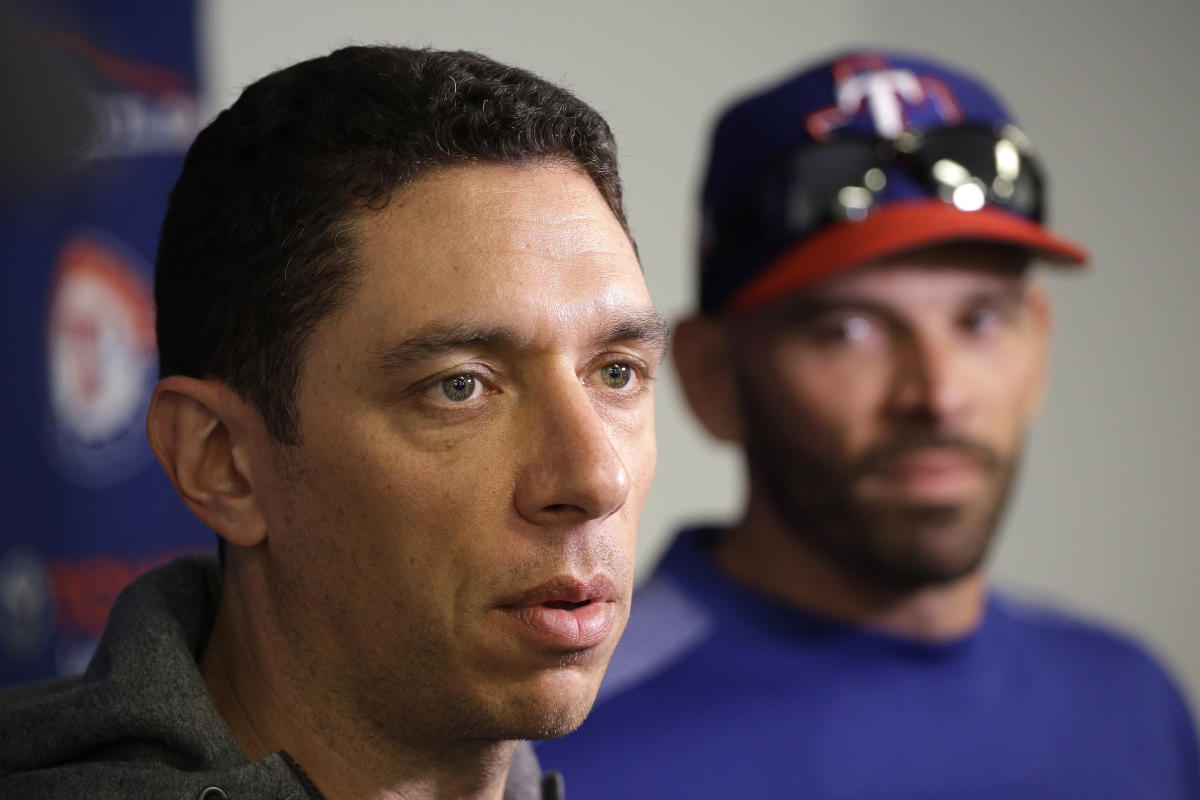 So as the 2022 team fades into the background with a 52-64 record, some feelings of disappointment were to be expected. The realization that this won’t be a case of instant gratification was apparently a hard one to swallow for Rangers brass. Texas fired manager Chris Woodward on Monday, and on Wednesday dismissed Jon Daniels, the president of baseball operations who had run the team since 2005, building five playoff teams and two AL champions. Maybe there were underlying tensions or a buildup of grievances. Maybe the hiring of Chris Young as general manager prior to 2021 really was writing on the wall.

But whatever the backstory, it is surprising to see a team that entrusted an experienced executive to commit half a billion dollars this winter turn around and decide to cut bait on him in August.

That’s what makes this feel more like management by message board, or perhaps management for the message boards. It’s one thing for fans to see the big contracts and expect a playoff team immediately. It’s another for ownership to completely misunderstand reasonable expectations.

The 2022 Rangers vs. expectations

Signing Seager, Semien and Gray did set the Rangers up for a window of contention. But to anyone seriously examining their chances, it was never expected to open until 2023 or after. On opening day, the PECOTA projection system at Baseball Prospectus forecasted a 71-win season for the Rangers. The actual season has played out pretty much on par with that — they’re on pace for about 74 wins.

The money committed to Seager and Semien is often relayed in one big, bold figure, but it’s an investment paid out — and paid off — over the next decade. Like Jayson Werth with the Nationals, Manny Machado with the Padres and many other preemptive strikes, some stars are signed with the understanding that their greatest impact on the win curve may come two or three years down the line.

That was by far the most likely outcome for the Rangers, whose burgeoning stable of young talent was mostly acquired or drafted mere months before the spending spree.

An honest assessment of the major league team’s season would be mostly focused on the information relevant to 2023 and beyond. It would note that Seager has been as advertised, and that Semien has calmed nerves after a rough start. It would mark down significant progress for young players like Jonah Heim, Nathaniel Lowe and Leody Taveras. It would also take into account the Rangers’ abysmal, MLB-worst 7-24 record in one-run games. That’s not a positive, of course, but it’s a fact based almost entirely on luck, one likely to stabilize or totally reverse course in 2023. The Chicago White Sox had MLB’s fourth-worst record in one-run games last year, and the second -best this year. By pythagorean record, which estimates a team’s deserved record by run differential, the 2022 Rangers have played like a 57-59 team.

Less than a year after being in full sell mode — Texas flipped Joey Gallo to the Yankees at the 2021 trade deadline — the Rangers are realistically still in the phase where they sift through a lot of potential talent, test what they can at the big- league level, and then collect the useful pieces.

The 2022 club has had some success on that front. Infielders Ezequiel Duran and Josh Smith – fruits of the Gallo trade — have earned MLB debuts and started to make adjustments. Brock Burke has highlighted his potential as a bullpen arm with enough talent to stick or become an attractive trade chip. It has also underwhelmed in other areas, notably the starting rotation. A big reason the Rangers were never realistically expected to compete this season was a total lack of surefire starters beyond Gray. Martin Perez has turned into a nice success story, but that’s ultimately not the most helpful thing for a team seeking to compete in 2023 and beyond.

The big question isn’t whether 2022 has been a win for the organization, but why the clock struck midnight for Daniels now.

He has been the top baseball executive in Texas for 17 years, and spurred more winning than the franchise had ever known. His teams appeared in five postseasons and two World Series where the team had previously managed only three playoff berths (and a measly one October victory) in its history prior to Daniels taking over. His trade shipping Mark Teixeira to Atlanta brought back a monumental prospect haul that helped change how the industry values ​​young talent. The decision to sign Adrian Beltre in 2011 turned into one of the best free-agent moves in baseball history, and almost certainly minted a Hall of Famer wearing a Rangers hat.

Owner Ray Davis, one half of a two-headed management duo, was more focused on that in explaining the decision to dismiss Daniels Wednesday, saying, “the bottom line is we have not had a winning record since 2016 and for much of that time , have not been competitive in the AL West division. While I am certain we are heading in the right direction, I feel a change in the leadership of the baseball operations department will be beneficial going forward.”

Will it be a change, though? The Rangers tapped Young, the very tall former MLB pitcher who has been serving as GM under Daniels, to steer the ship on his own. He’s immensely respected in the baseball world thanks to his stint in the league office — and was sought after when he decided to join the team ranks — but Young’s experience running a front office consists entirely of the time he spent under Daniels.

Where the Daniels era faltered was fairly apparent: As Padres GM AJ Preller and other executives like Twins GM Thad Levine flew the coop to run their own teams, the Rangers’ once-renowned talent acquisition machine lost steam. Perhaps more importantly, they didn’t keep pace with contenders in player development. Top prospects like Nomar Mazara, Ronald Guzman and Willie Calhoun never fulfilled their promise, and others like Taveras have inspired anxiety with extended struggles at upper levels.

Still, no one would categorize the Rangers’ situation as hopeless or backsliding in the manner the Detroit Tigers’ was when they finally pulled the plug on GM Al Avila.

There’s a strong case to be made that change was needed in Texas, but didn’t it make more sense before Daniels crafted the (costly) core of a contender? And weren’t the cracks showing in December 2020 when the Rangers slipped Young into the front office under Daniels? It’s difficult to envision a radical overhaul being achieved by giving Daniels an understudy and then elevating that understudy.

The Rangers really will be on the clock when 2023 rolls around. Seager and Semien will be 29 and 32, respectively, and hyped pitching prospects Jack Leiter and Kumar Rocker should at least be knocking on the door of the majors by season’s end.

They have a lot of long-term commitments, which should form the launching pad for an exciting team. By firing Daniels now, they are mostly raising questions about whether they have a long-term plan.

If this week’s moves function as a jolt that actually prepares the organization to better support winning in the 2020s, that’s great. But it’s fair to wonder if they are simply a public display of scapegoating to allay illusions of 2022 grandeur. And if the team is unwilling to be honest with its fans, it’s likely not being honest with itself, either.