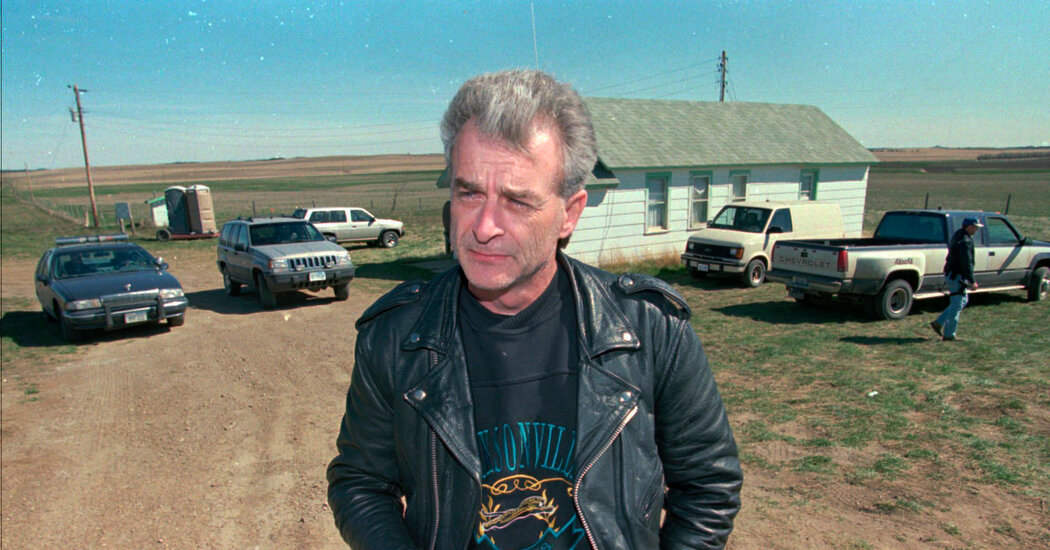 He later tested before a Senate investigation into the episode, and though he remained steadfast in his conviction that the government bore most of the blame, he also said that he was not without fault.

“If I had it to do over again, knowing what I know now, I would make different choices,” he told Congress in 1995. “I would come down from the mountain for the court appearance.”

Randall Claude Weaver was born on Jan. 3, 1948, in Villisca, Iowa, a small town in the southwestern part of the state. His parents, Clarence and Wilma (Truax) Weaver, were farmers, and Randy and his three siblings grew up working in the fields alongside them.

After graduating from high school, he attended Iowa Central Community College for two years before leaving to join the Army. He became a Green Beret, and although he aspired to go to Vietnam, he remained stateside as an instructor, primarily at Fort Bragg, NC

He received an honorable discharge in 1971, returned to Iowa and that same year married Victoria Jordison. He briefly returned to college, at the University of Northern Iowa, but with a newborn child on the way, he decided to work instead.

Over the next decade he held a number of jobs in manufacturing and sales, including for Amway. At the same time, he and his wife, both of whom had been raised in strict religious households, adopted a millennial form of Christianity, one that saw the world around them as fundamentally corrupt and full of signs of the coming apocalypse.

They sold their home and most of their possessions and, with their three children, moved in 1983 to Naples, Idaho, about 50 miles south of the Canadian border. They bought 20 acres of pine forest atop nearby Ruby Ridge, where they built a two-story home out of plywood and mill ends.