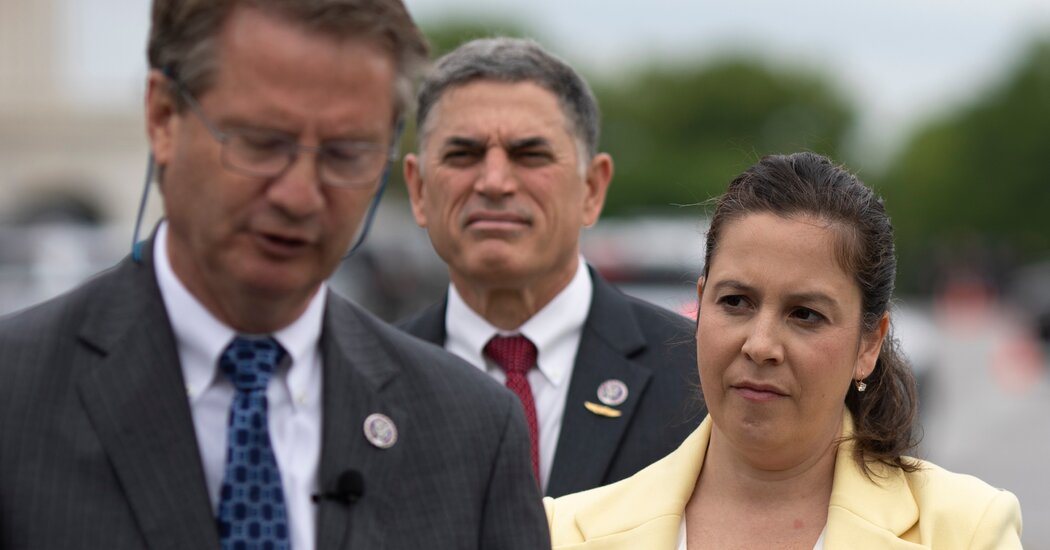 Still, while Ms. Stefanik has aggressively courted the far right, she has also worked to maintain a veil of respectability within her party, working to remain palatable to donors.

On Monday people close to her said her reference to “pedo grifters” had not been to QAnon but to John Weaver, a Never Trump operative who had made sexual overtures to young men.

To ensure a future in the Republican Party, said Bill Kristol, the prominent Never-Trump Republican, “you want The Wall Street Journal to feel OK about supporting you, but you also want networks like OANN and hosts like Tucker Carlson saying, ‘Yeah she’s pretty good.’ ”

Stephen K. Bannon, the former Trump White House official who now hosts an influential podcast on the right, said Ms. Stefanik could not care less about criticism from the left, using an expletive for emphasis.

What keeps her up at night, Mr. Bannon said, is any threat from the right.

“She’s in a competition right now with Representative Jim Banks about who is going farther right,” he said, referring to the Indiana Republican and chairman of the Republican Study Committee, who has also refashioned himself from a conservative movement into a Trump acolyte as he seeks to rise in power in Washington.

Some of Ms. Stefanik’s recent moves, people close to her said, appeared to be motivated by her internal competition with Mr. Banks.

Last week, Mr. Banks was one of 56 Republicans who voted against a $40 billion package of aid for Ukraine. Ms. Stefanik voted for the bill, drawing criticism from the right for doing so.

Ms. Stefanik had reservations, said people familiar with her thinking, and raised concerns about the optics of sending so much money abroad amid so many challenges at home. But she ultimately sided with the majority of the conference, and with the Republican leader, Kevin McCarthy, and voted for the bill.