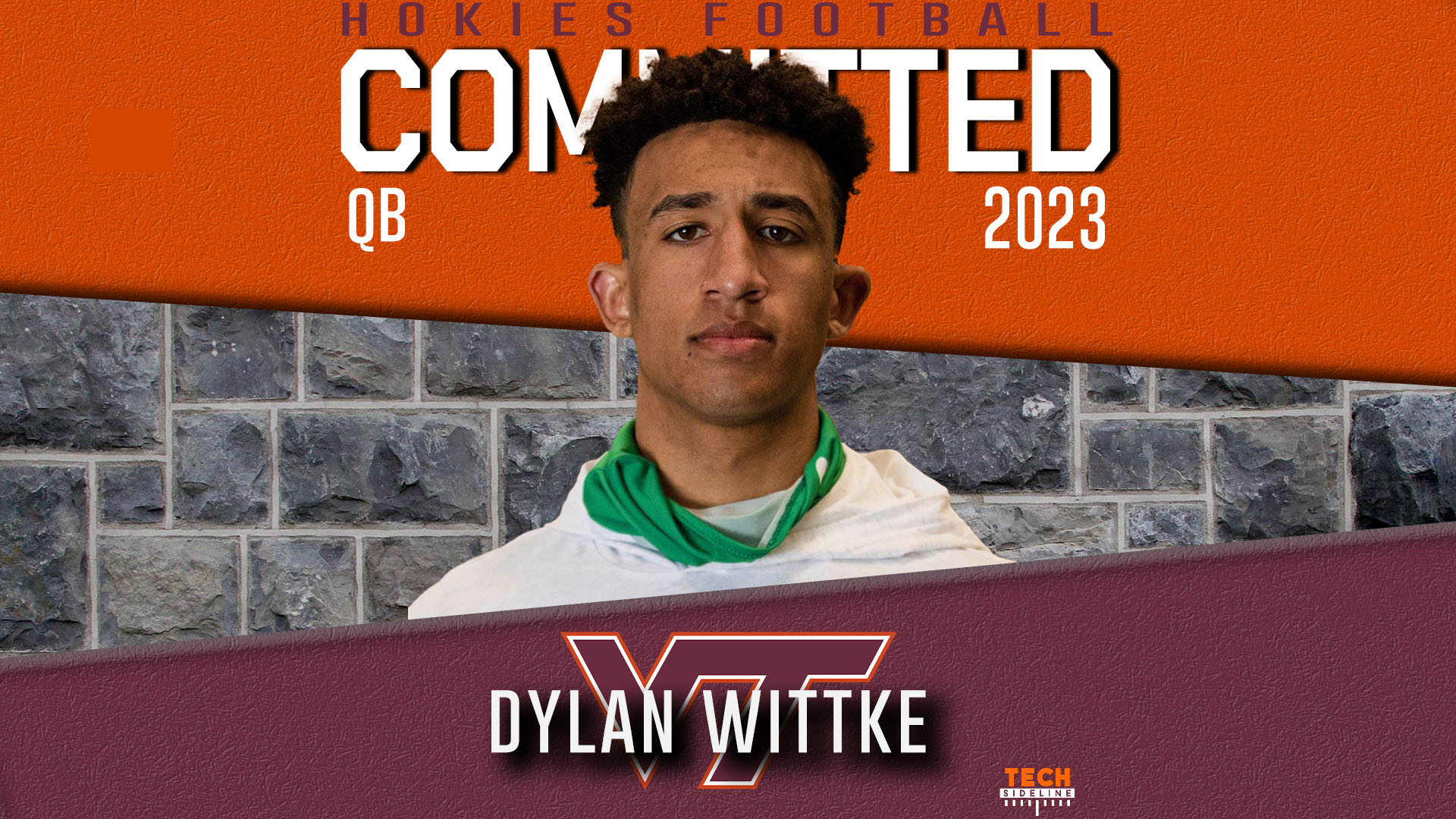 Wittke has 18 listed scholarship offers, including among them Colorado, Memphis, USF and a host of others. He is listed in the 247SportsComposite as the No. 83 prospect in Georgia.

Wittke received his offer from Virginia Tech on April 11 and also visited for the Virginia Tech Spring Game. He told Jason Stamm after that visit:

“Getting to known Coach (Brad) Glenn and Coach (Tyler) Bowen, they’re great people,” Wittke said. “Them and me and my dad, my family, we all feel like I’d fit my skillset in their scheme really well. Being able to run, read and throw the deep ball, all those come into play when I end up making a decision for my school.”

That school turned out to be Virginia Tech, and Wittke’s relationship with Virginia Tech QB Coach Brad Glenn, who met Wittke when Glenn was still coaching at Georgia State, was a big factor. Wittke said after his Spring Game visit, “We talked in the players’ lounge for at least two hours, before and after the game. He’s a great dude, has a great vibe to him, and I really enjoyed my time with him.”

Wittke is Virginia Tech’s seventh commitment for the 2023 recruiting class and the fifth this month.