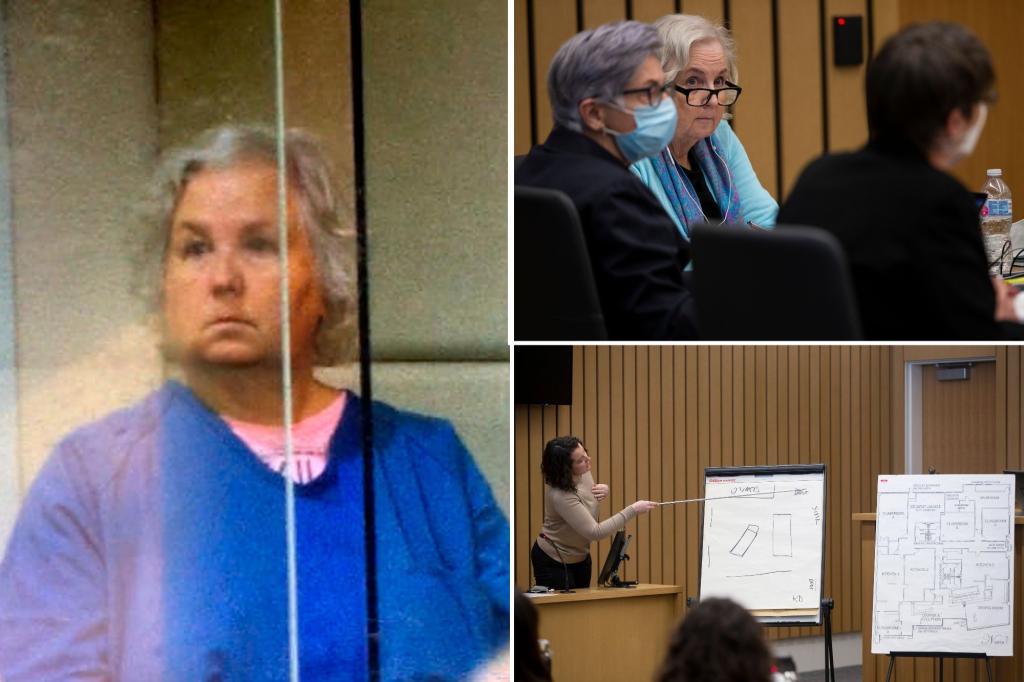 The Oregon romance novelist who authored the fiction work “How to Murder Your Husband” is accused of killing her husband in real life allegedly slipped up and confessed to the shooting by mistake, according to a prosecutor.

According to the Multnomah County Senior Deputy District Attorney Shawn Overstreet, Nancy Crampton Brophy, 71, who is accused of killing her husband, allegedly went into detail about the shooting with an inmate who she was living with, according to Oregon Live.

She allegedly committed the murder because of impending financial issues, and needed the $1.5 million in insurance, according to authorities. Nancy Crampton Brophy shot Daniel Brophy in the back and then while he was on the floor, according to police.

Overstreet repeated the alleged conversation between Nancy Crampton Brophy and the cellmate to the court.

“Ms. Brophy held her arms apart, like a wingspan, and said, ‘I was this far away when the shooting happened,’” Overstreet said.

Nancy Crampton Brophy then corrected herself, Overstreet said, and stated that the shooting happened within a close range.

The inmate, Andrea Jacobs, told detectives that Nancy Crampton Brophy seemed to be embarrassed after making the comment, and said their relationship became “very awkward.”

The defense said during opening statements in the trial that Nancy Crampton Brophy was at a Starbucks when the shooting occurred, and also presented messages between the partners that were used in an attempt to show that they were on good terms.