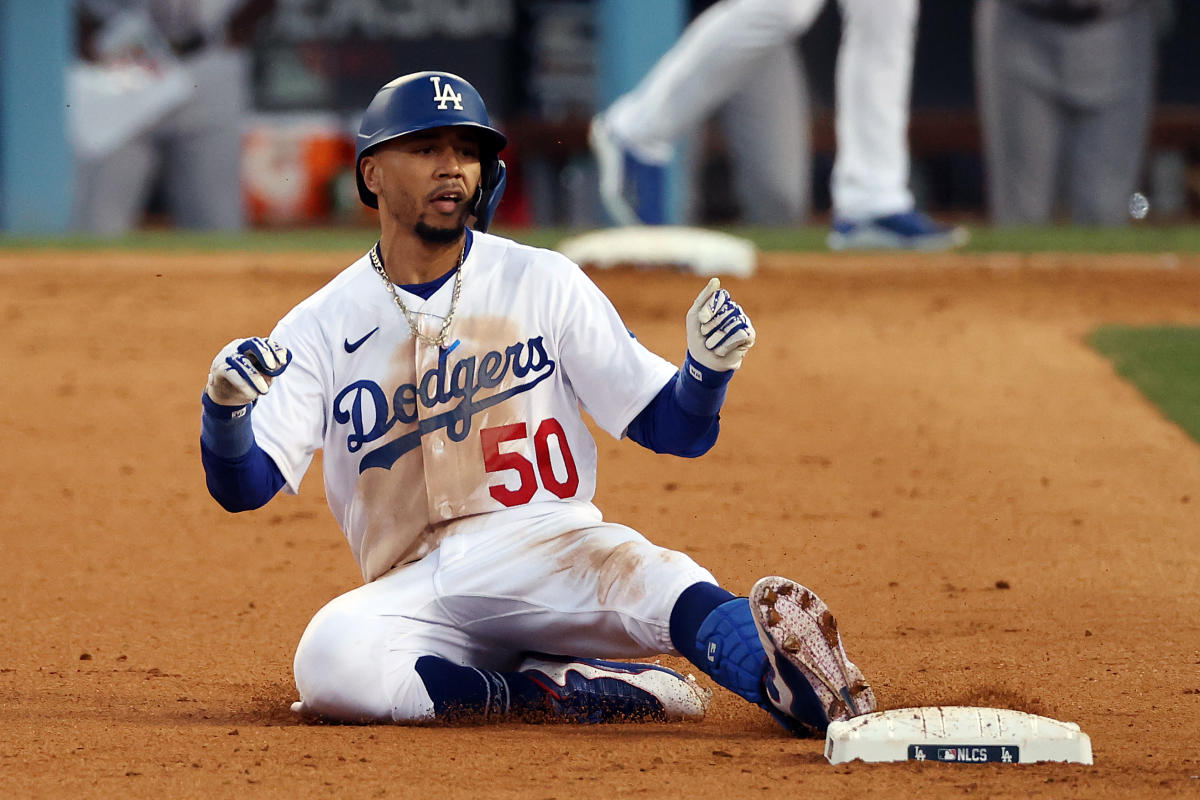 The MLB season gets underway on Thursday. With the season just a few days away, now is the last chance to place your bets on season win totals at BetMGM. The oddsmakers have released projected win totals for every MLB team, and you can put your money down if you think they are off.

How do oddsmakers see this season shaking out? What are they expecting out of your favorite team? Let’s take a look at the projected win total for every team, from the Dodgers to the Orioles.

League of their own

Los Angeles Dodgers (98.5 wins): Last season, the Dodgers didn’t win their division, but they did finish with 106 wins. In the pandemic-shortened 2020 season, the Dodgers won 43 of 60 regular-season games (116-win pace over a 162-game season) before winning the World Series. In 2019, the Dodgers won 106 games. Winning games in the regular season is a foregone conclusion for this team.

The Dodgers added Freddie Freeman and Craig Kimbrel. They have a full season of Trea Turner. They’re expecting much better seasons from Cody Bellinger and Mookie Betts. As a result, Los Angeles has a projected win total of 98.5 wins, six wins higher than any other team in baseball.

Toronto Blue Jays (92.5 wins): In 2021, the Blue Jays won 91 games. Their young core continues to grow. They’ve replaced Robbie Ray, Steven Matz and Marcus Semien with Kevin Gausman, Yusei Kikuchi and Matt Chapman. Unvaccinated players will not be allowed to travel to Toronto, is that enough of an advantage to push Toronto over 92.5 wins?

Chicago White Sox (92.5 wins): The White Sox are coming off a 93-win season, and they’re another young team on the rise. They lost Carlos Rodon to free-agency and Lance Lynn went down with an injury, so their rotation will be tested early on.

Atlanta Braves (91.5 wins): The Braves are the defending champions, but they won just 88 games last year. Ronald Acuna is still out to begin the season. Freddie Freeman is gone, but Matt Olson was bought in to replace him.

New York Yankees (91.5 wins): The Yankees won 92 games last season, but their division is strong and they didn’t do much to improve over the winter. Will the Yankees be able to keep up?

Tampa Bay Rays (90.5 wins): Tampa Bay won 100 games in 2021, but they’ve traded some key players like Austin Meadows and Joey Wendle. However, they always seem to find a way to develop players out of nowhere and win games.

Milwaukee Brewers (89.5 wins): With Corbin Burnes, Brandon Woodruff and Freddy Peralta, Milwaukee has arguably the best rotation in baseball. They’re coming off a 95-win season, so over 89.5 wins looks appealing.

New York Mets (88.5 wins): Few teams were as active as the Mets in the offseason, but Jacob deGrom is already hurt. Are the Mets contenders or will they disappoint again?

San Diego Padres (88.5 wins): Expectations were high for the Padres in 2021, but they fell way short of meeting them and missed the playoffs with just 79 wins. Without Fernando Tatis for the start of the year, can they improve?

Philadelphia Phillies (86.5 wins): Nick Castellanos is a big addition, and the Phillies should be able to rake this season. Will their defense and pitching hold up enough to get them over 86.5 wins after an 82-win season last year?

Boston Red Sox (85.5 wins): Nobody expected much from Boston in 2021, but they won 92 games and finished ahead of the Yankees. Some regression from Boston is expected despite the addition of Trevor Story.

San Francisco Giants (85.5 wins): Speaking of regression, nobody believed the Giants were the real deal last season. They finished the season with 107 wins, but oddsmakers are expecting them to lose at least 20 more games this season compared to last.

Los Angeles Angels (84.5 wins): Mike Trout and Shohei Ohtani are amongst the MVP favorites, but is there enough on the rest of this roster to make some noise? They won just 77 games last year, but Trout missed a majority of the season.

St. Louis Cardinals (84.5 wins): The Cardinals didn’t do much in the offseason, but they’re coming off a 90-win season and get to play in what most consider a weak NL Central.

Minnesota Twins (81.5 wins): It was a down year for the Twins in 2021, as they won just 73 games en route to finishing last in the AL Central. They added Sonny Gray, Carlos Correa and Gary Sanchez in the offseason. The Twins look like a decent bet to bounce back in 2022.

Detroit Tigers (77.5 wins): Detroit won 77 games as a young, rising team in 2021. The Tigers added Javy Baez and Austin Meadows in the offseason. Top prospect Spencer Torkelson made the team. Riley Greene is also expected to be up when he returns from injury. Can the team continue to grow and improve on last year?

Cleveland Guardians (76.5 wins): The Guardians have one of the lowest payrolls in baseball, but they have a decent rotation as well as an MVP-candidate in Jose Ramirez. Is that enough to keep them competitive in a division with a bunch of question marks?

Miami Marlins (76.5 wins): Miami quietly has one of the better starting rotations in baseball, especially if Sixto Sanchez returns. However, the Marlins’ lineup isn’t intimidating and the NL East looks tough this year. Miami won just 67 games in 2021, meaning it’lI need a 10-win jump to go over the total.

Kansas City Royals (74.5 wins): The Royals finished with 74 wins in 2021 and had a pretty quiet offseason. Bobby Witt Jr. has made the team and the Royals hope he along with a healthier season from Adalberto Mondesi could lead to an improved team in 2022.

Chicago Cubs (74.5 wins): Kris Bryant, Javy Baez and Anthony Rizzo are all gone, and it’s a new era in Chicago. Seiya Suzuki, the 27-year-old from Japan, was bought in and is currently the favorite to win NL Rookie of the Year.

Texas Rangers (74.5 wins): The Rangers spent a lot of money to bring in Corey Seager and Marcus Semien, which helped raise their projected win total to 74.5 wins. Texas won just 60 games in 2021.

Washington Nationals (70.5 wins): The Nationals unofficially started their rebuild at the trade deadline when they traded Trea Turner and Max Scherzer to Los Angeles. The Nationals won 65 games in 2021, and while they likely won’t be as bad as some other teams, it might be a struggle in the competitive NL East.

Colorado Rockies (69.5 wins): The Rockies basically replaced Trevor Story with Kris Bryant. Colorado won 74 games in 2021, but oddsmakers are projecting an even worse 2022 season for the Rockies.

Pittsburgh Pirates (64.5 wins): Pittsburgh won 61 games last year, and its fans will have to wait to see top prospect Oneil Cruz. Cruz is +425 to win NL Rookie of the Year, the second-best odds despite the fact he will start the season in Triple-A.

Baltimore Orioles (62.5 wins): Baltimore lost 110 games last year, and the AL East has only gotten better and more competitive. Do we really think this team will improve by 11 games?