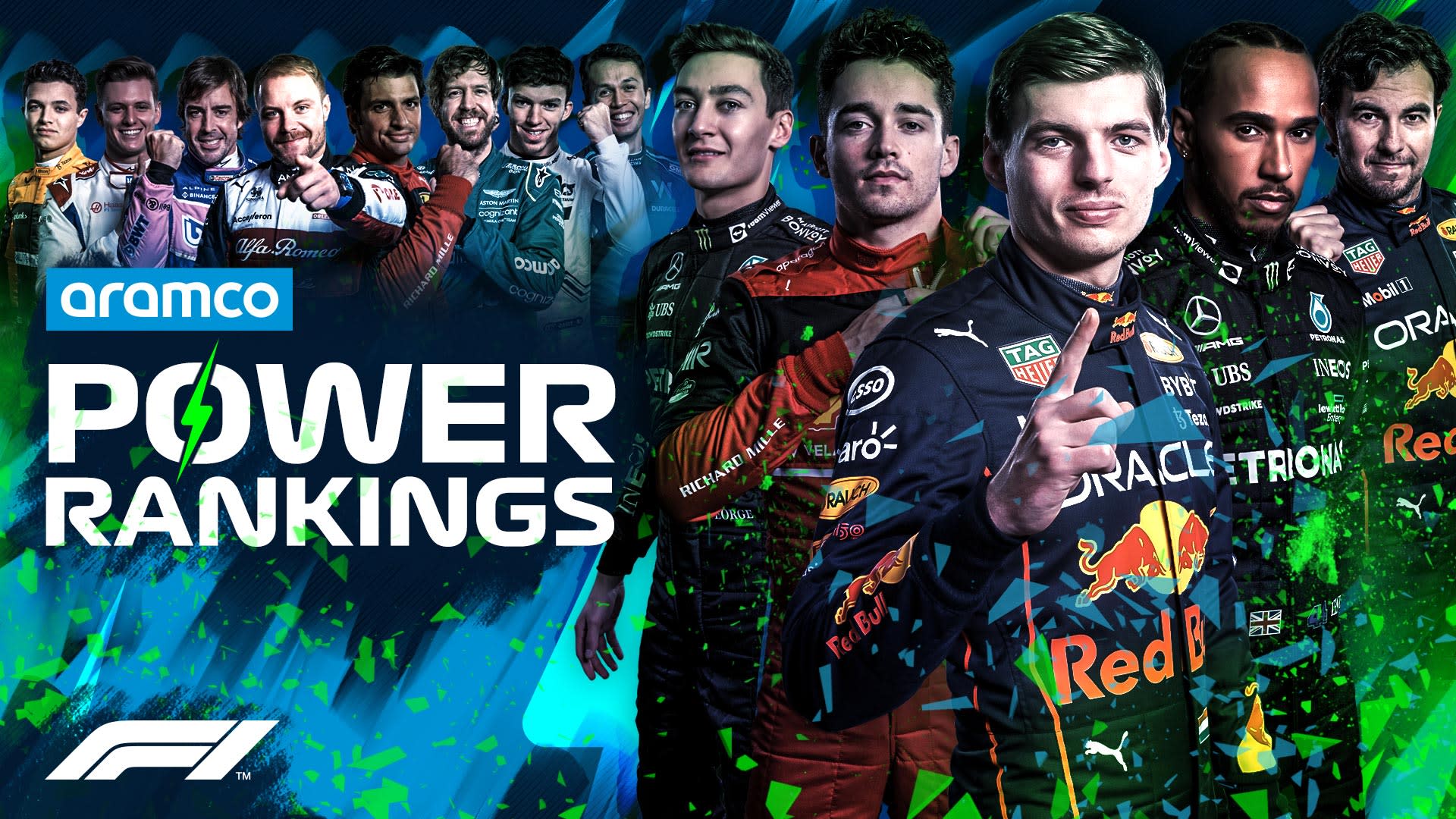 Max Verstappen leapt from third to first in the inaugural Miami Grand Prix but who else caught the eye of our judges this weekend? The scores are in from the Sunshine State.

Max Verstappen didn’t have the easiest start to life in the Sunshine State, a hydraulics issue – which he blamed for his qualifying mistake on Saturday – cutting short his FP2 session and losing him the chance to put down a long run at Miami. The Dutchman nailed it on Sunday, though, leaping off the line to pry P2 off Carlos Sainz and then passing Charles Leclerc soon afterwards. A late Safety Car did little to rattle the reigning champion.

READ MORE: Verstappen elated with ‘comeback’ win in Miami – but calls on Red Bull to iron out ‘hit and miss’ weekends

Alex Albon put in his finest drive of the season and one of the best of his career, as implied by the lofty Power Rankings score, which reflects his journey from P18 on the grid to a stellar P10 at the checkered flag. That single point was doubled when Fernando Alonso was penalized post-race, giving Albon a deserved P9 finish on a day in which he didn’t put a foot wrong.

READ MORE: ‘It killed me, it was terrible’ – Albon opens up on losing his F1 drive and his dream 2022 return in Beyond The Grid

Charles Leclerc took pole position after Verstappen’s mistake in the Saturday session and while the championship leader expressed his confidence that the Ferrari’s cornering speed would be enough to keep the powerful Red Bull at bay, that hope didn’t materialise. Instead, the Monegasque driver was passed by Verstappen and finished second. He later admitted that in hindsight, his defense could have been a tad more stubborn on Sunday. Despite a late Safety Car restart giving him a second chance, Leclerc couldn’t pry the lead back off his rival.

Lewis Hamilton was left looking back at an “unlucky” Miami GP. Mercedes’ seven-timer qualified a solid sixth – well ahead of his team mate George Russell – but he also finished sixth, behind his team mate. Hamilton said he felt unfortunate not having pitted under the late Safety Car, unlike Russell, who did – and took P5. He was, however, fortunate to finish ahead of Valtteri Bottas, who made a late mistake and dropped to seventh.

READ MORE: Hamilton says he ‘gave it everything’ in Miami GP as he reveals background of tense Mercedes pit wall discussions

Esteban Ocon fell foul of the tight Turn 14 chicane entry in FP3 and from then on it seemed like the Alpine driver’s weekend was over, as he had to sit out qualifying with a cracked chassis. Starting 18th (both Aston Martins relegated to the pit lane for fuel issues) Ocon managed a sterling comeback, starting on hards and avoiding late incidents to finish a brilliant eighth.

Carlos Sainz’s FP2 crash seemed a logical continuation of his recent woes but the Spaniard shrugged that – and the physical aches – off, qualifying on the second row behind Leclerc on Saturday after Verstappen’s mistake. Yes, Verstappen scythed past with ease at the start, with Sainz perhaps hoping he could have held up the champion a bit longer. Sainz instead withheld an underpowered Sergio Perez for the final podium place.

Bottas was one of a number to crash in Friday practice but he too kept his chin up, qualifying a season-best P5 on Saturday. The Alfa Romeo driver seemed almost destined to finish there too, until Russell’s late stop for tires. Unfortunately, the Finn went off track while the Mercedes were dueling and was left lamenting P7 at the flag.

While Russell was self-admittedly fortunate to be able to pit during the late Safety Car, he did an admirable job to recover from a bumpy start to the weekend. Porpoising knocked his confidence and led to a Q2 exit, but a long stint on hard tires saw Russell work his way into the top 10 and beyond when Bottas went off track and Hamilton duly conceded P5.

Sergio Perez landed a P4 qualifying slot despite topping FP3, and the Mexican looked likely to land on the final podium slot – until he encountered engine issues and lost ground early on. From then it was a struggle to keep pace with Sainz but Perez marched on, doing his best to pry P3 after the late Safety Car restart – but his Lap 52 lock-up was the last opportunity Perez would have. He finished P4 but hoped for much more.

READ MORE: ‘We lost another 1-2’ says Perez after engine issue drops him out of podium fight at Miami

Alonso was unfortunate to miss Q3 but gave it all – perhaps a bit too much as he conceded – on Sunday. The Spaniard finished eighth but was dropped back to 11th having copped two penalties in the race after colliding with Gasly then cutting the track limits late on. It was a typically hard-charging performance from the two-time champion, and an approach that impressed our judges enough to put him in this week’s top 10.

READ MORE: ‘I was too aggressive’ admits Alonso after taking two penalties – as Ocon calls Miami ‘the hardest race’ of his life

Pierre Gasly missed out on the top 10 this weekend. The AlphaTauri driver started seventh but did not finish after colliding with McLaren’s Lando Norris to bring out the late caution.