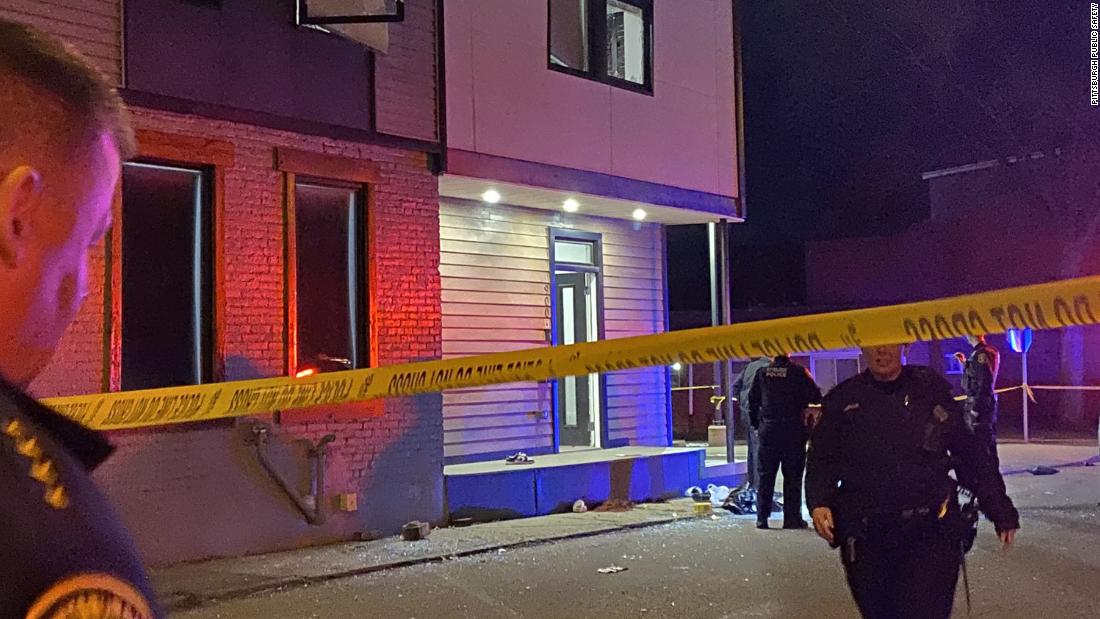 The shootings happened around 12:30 am in the East Allegheny neighborhood and stemmed from a large party — with as many as 200 people gathered — at a property that was rented through short-term rental giant Airbnb, the city said in a news release. Many of those at the party were underage, the release said.

In addition to the two juvenile fatalities, both male, eight people received non-fatal gunshot injuries and five others were injured while fleeing the scene, according to Pittsburgh Police Chief Scott Schubert.

Investigators are still working to determine what led up to the shooting. Schubert, however, said some sort of altercation occurred when gunshots were exchanged.

“Unfortunately, guns came into play, and we had shootings that occurred inside and outside the structure,” Schubert told CNN’s Kate Boldoun Monday. “We’re trying to piece everything together.”

As police officers responded to the scene, they saw several young people running from the area, city officials said.

Schubert called the scene chaotic, with more than 90 rounds from multiple guns fired both inside and outside of the home.

“You had people who were fleeing, just trying to get out of there,” the chief said.

“As many as 50 rounds were fired inside, prompting some party-goers to jump out the windows, sustaining injuries such as broken bones and lacerations,” the news release said.

Police are “asking for the cooperation of the public and those who were there, on what they saw, what they heard, any videos and pictures, to come forward and help us with the investigation,” Schubert said Monday on CNN.

“Here we are at Easter, and we have multiple families, two that won’t see a loved one,” Schubert said.

Investigators are collecting evidence from as many as eight separate crime scenes, officials said.

Airbnb said in a statement it has reached out to the Pittsburgh Police Department and Mayor Ed Gainey’s office.

The person who booked the property has been banned from the platform for life, Airbnb said in a statement to CNN. The company said they “condemn the behavior that is alleged to have prompted this criminal gun violence.”

Airbnb notes that parties are not allowed as part of its rental agreement and that this was “an unauthorized party, thrown without the knowledge or consent of the host.”

Airbnb added that users must be 18 or older to create an account with the platform.

The platform also said it is “considering all legal options” against the person who booked the rental.

“We share the Pittsburgh community’s outrage regarding this tragic gun violence. Our hearts go out to all who were impacted — including loved ones of those who lost their lives, injured victims and neighbors,” Airbnb said in its statement to CNN.