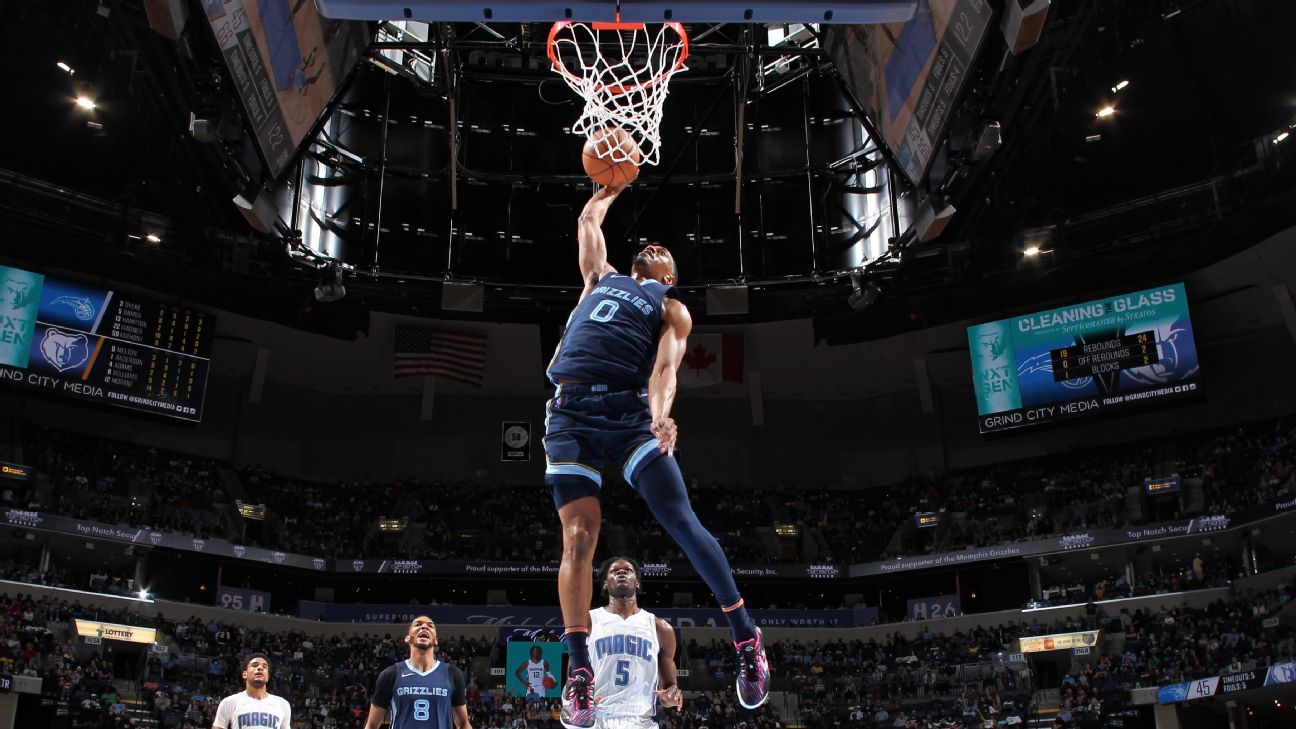 Memphis will get the rights to guard David Roddy, sources said. Philadelphia selected him at No. 23 out of Colorado State.

Melton averaged a career-high 10.8 points in 73 games for the Grizzlies this past season as they advanced to the Western Conference semifinals. He is scheduled to make $8.25 million next season and $8 million in 2023-24.

Melton was a second-round draft pick of the Phoenix Suns in 2018, but after just one season in Arizona, the Suns shipped him to the Grizzlies as part of a multiplayer deal.

Roddy was named an Associated Press All-America honorable mention and the Mountain West Player of the Year after averaging 19.4 points, 7.5 rebounds, 2.8 assists, 1.2 steals and 1.0 blocks in 33 minutes per game this past season.

He helped lead Colorado State to its first NCAA tournament appearance in nine years as a No. 6 seed, the highest in school history.

Green tore both the ACL and LCL in his left knee during the playoffs.

The Sixers were scheduled to have only the 23rd pick in the draft.

ESPN’s Jonathan Givony and The Associated Press contributed to this report.