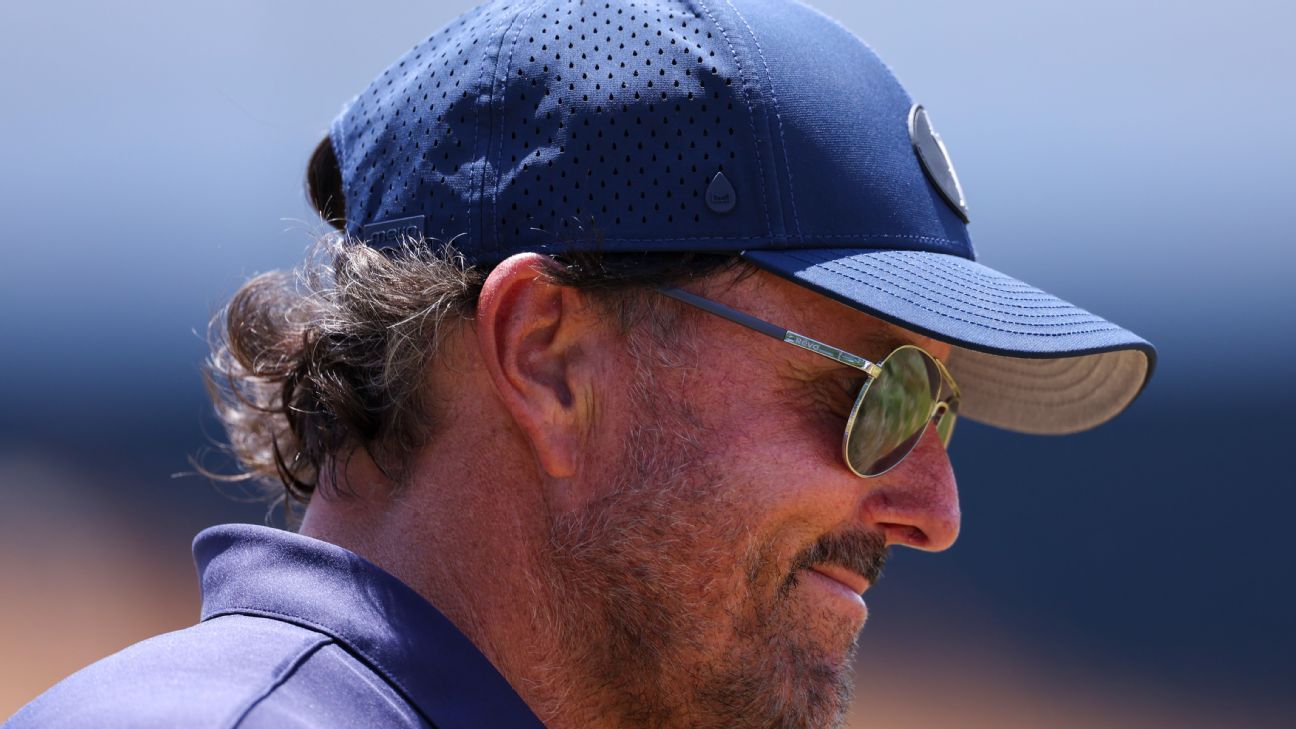 BROOKLINE, Mass. — The good news for Phil Mickelson, after he limped off the ninth green at The Country Club outside Boston on Friday, is that he won’t have to worry about making the cut in his next start in two weeks.

Mickelson didn’t do that at the 122nd US Open, although he did play better in Friday’s second round. He carded a 3-over 73, dropping his total for 36 holes to 11 over. He was tied for 143rd among 156 players when he walked off the course.

“I enjoyed the week. I just wished I’d played better,” Mickelson said afterward before jumping into a courtesy SUV with his team and leaving the club.

Mickelson, a six-time major champion, was making his first start in the United States since late January. He is among 17 players who have been indefinitely suspended by PGA Tour commissioner Jay Monahan for playing in the inaugural LIV Golf Invitational Series event in London last week without a conflicting-event release.

Mickelson, 52, plans to play in the first LIV Golf event in the US, scheduled for June 30 to July 2 at Pumpkin Ridge in Portland, Oregon. The LIV tournaments include no cuts, shotgun starts and $25 million purses.

Mickelson’s total of 11 over through 36 holes tied for fifth worst in a major championship during his career. He was 13 over after 36 holes at the 2020 US Open at Winged Foot and the 1999 Open Championship at Carnoustie, and 12 over at the Open Championship in 1994 and 2021.

The biggest moment of Mickelson’s second round came when his errant shot hit a fan standing along the fairway. The man was helped by USGA officials, and Mickelson came over and shook his hand. The man was holding an ice bag on his head.

The incident didn’t seem to shake up Mickelson too much. After a bogey on the fourth hole dropped him to 12 over, Mickelson posted birdies on the par-4 fifth and par-3 sixth hole to get back to 10 over.

After struggling to an 8-over 78 in the opening round, Mickelson got off to a better start on Friday. Starting on the back nine, he had three straight pars before carding bogeys on the next three. He had a 3-putt bogey on the par-4 13th.

On the next hole, a 616-yard, par-5 monster, Mickelson lashed at his ball with a 3-wood on the fairway. He immediately raised his left arm and yelled, “Way left!” He hit his third shot into a greenside bunker and 3-putted for another bogey.

“It was spectacular to come back to such a historic course, and I thought the setup was remarkable and just really showcased what a special place this was,” Mickelson said.

“The fans here have always been terrific, and they really support all sports,” Mickelson said. “I love it when we bring golf here because they really create a special atmosphere.”