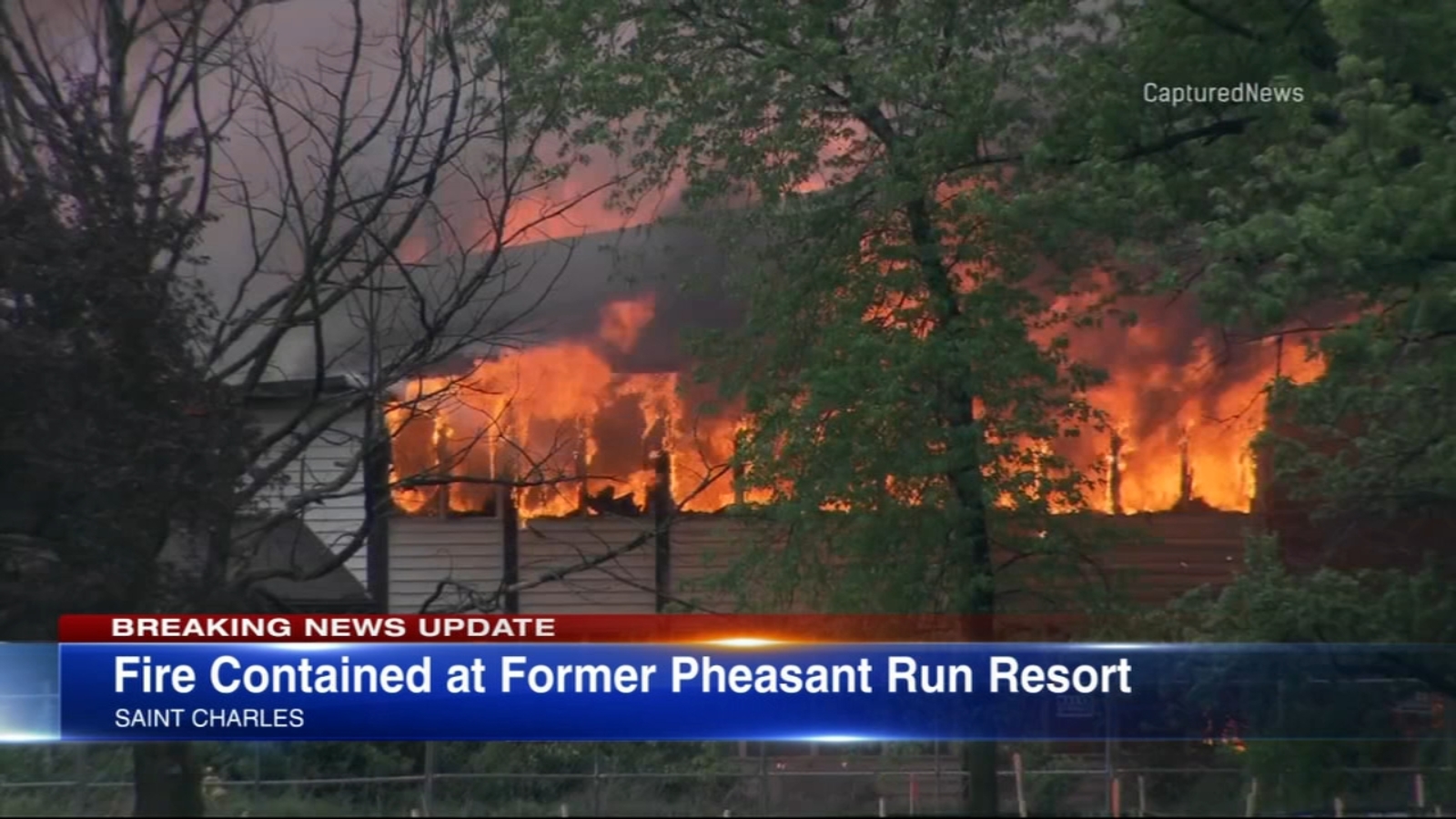 CHICAGO (WLS) — A major fire broke out at the former Pheasant Run Resort in Saint Charles in the western suburbs Saturday night.

The resort has been closed since 2020 and there are no reports of injuries. Firefighters continued to battle the blaze on Sunday after closing down part of Main Street outside the resort on Saturday night.

The St. Charles Fire Department responded to 4051 East Main Street for the reported fire on Saturday afternoon. The incident was elevated to a first level box alarm after fire units saw heavy smoke visible. After the first fire engine arrived at and found serious fire conditions coming from multiple areas, the incident increased to a second and then a third box alarm level.

The firefighters worked to cutoff the spread of the fires in every direction, said Fire Chief Scott Swanson. They used large handlines, portable monitors and elevated master streams.

The fire has been contained and substantially extinguished as of Sunday morning, but the damage to the buildings is extensive, Swanson said. He added that firefighters will remain on the scene throughout Sunday to extinguish all of the fires.

Swanson said no civilians or firefighters were killed.

the St. Charles fire and police departments are investigating the cause of the fire.