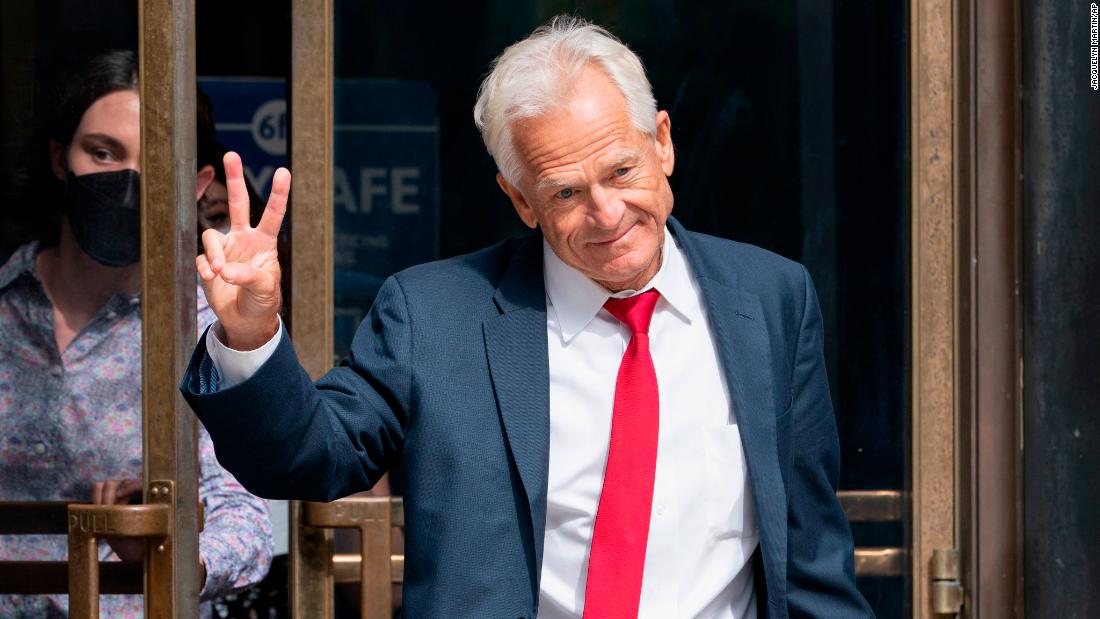 Navarro is charged with contempt of Congress after failing to appear for testimony or turn over documents in the House select committee’s investigation. While he did not testify, he has done many media appearances and written a book, frequently talking about his conversations with former President Donald Trump and his interest in blocking Trump’s election loss in 2020.

Navarro has another book coming out in September — and his attorney in court on Friday tried to push his legal proceedings until after his book tour, saying the book was important to him and for his income. The judge, Amit Mehta of the DC District Court, scheduled the trial to begin in mid-November.

If convicted, he would face a mandatory minimum jail sentence of one month.

His case is the second criminal contempt case behind a similar set of charges the Justice Department has brought against Steve Bannon, another adviser Trumpr who failed to testify in the House probe.

Bannon’s case is headed to trial next month — and he’s tried to claim the executive privilege surrounding the presidency should shield him from prosecution. Bannon did not work in the administration in 2020 or 2021, while Navarro did, but Navarro’s defense may face similar hurdles as Bannon because Navarro was not one of the closest presidential advisers and has discussed Trump’s post-election efforts publicly before.

Navarro uncharacteristically kept his comments short when he emerged from the courthouse after his hearing Friday, though he took a moment to promote his upcoming book about post-Trump administration politics.

Navarro has also now hired defense lawyers. He had complained he needed time to find a legal team after pledging to represent himself and taking issue with the FBI’s approach to his arrest, which the Justice Department has defended.

He declined to say how he is paying for his lawyers, after complaining last week he would be “eating dog food” because of the expense of fighting his charges.

His attorney, John Rowley, announced he is dropping a separate civil challenge to House subpoenas and a grand jury subpoena, which Navarro brought before he had lawyers’ help. Mehta had noted in court many of the legal issues raised there could be handled in his criminal proceedings.

Navarro’s attorneys indicated in court on Friday they are closely watching the Bannon case.

This story has been updated with additional details.