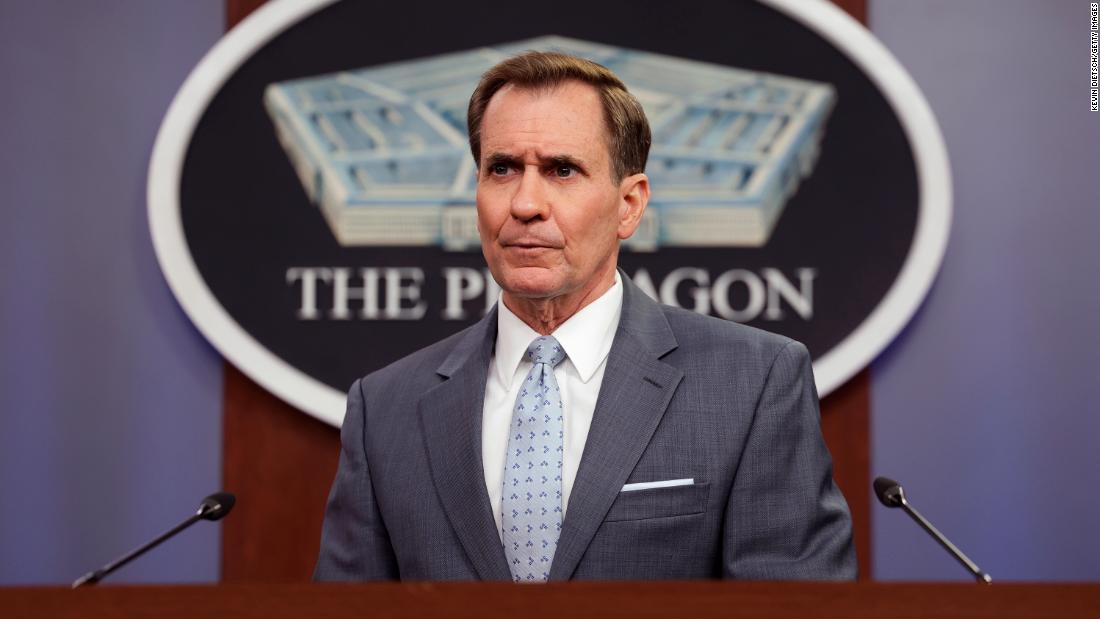 Kirby will become the National Security Council coordinator for strategic communications. In the new role, he will “coordinate interagency efforts to explain United States policy and will serve as a senior administration voice on related matters,” the White House said in a statement.

The Pentagon’s chief spokesman has become a prominent face of the administration amid Russia’s invasion of Ukraine.

“John understands the complexities of US foreign and defense policy, and he will ably represent the Administration on important national security issues,” Biden said in a statement.

Kirby said he was “incredibly honored” and expressed gratitude to Biden and Austin in a statement on Friday.

He will not regularly do White House briefings, according to the current plan, but will supplement White House press secretary Karine Jean-Pierre at the podium when needed.
The Washington Post first reported Kirby’s move to the White House.

Kirby was seen at the White House last week getting a tour of the West Wing. He told people that, despite his years in government service, it was his first time in there. A source said that Kirby met with Biden to discuss the role in recent days.

As CNN reported, Kirby had been under consideration to replace Jen Psaki as White House press secretary, but the role ultimately went to Jean-Pierre.