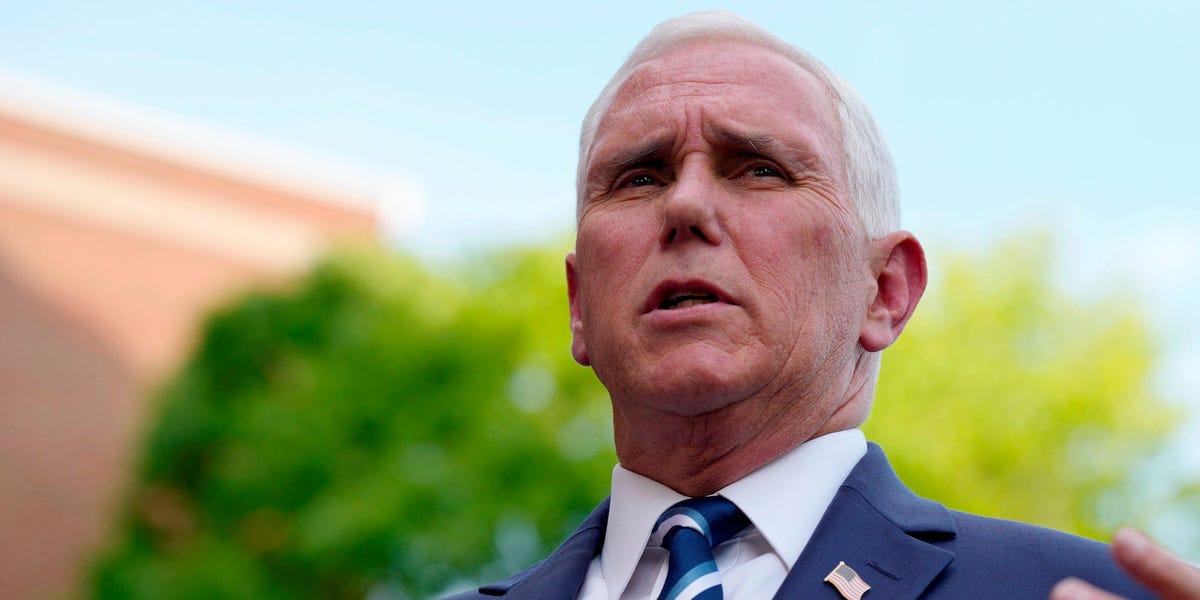 Former Vice President Mike Pence stands by his decision to certify Joe Biden as President in January 2021 but doesn’t want to be known as going against former President Donald Trump, his advisors told the Washington Post.

“The way he views it is, he did his duty. He doesn’t need to talk about it more,” Marc Short, Pence’s former chief of staff, told The Washington Post. “He doesn’t want to re-litigate the past. He believes that voters want to look forward, not backwards.”

Another advisor told the Post that Pence is not critical of Trump in private conversations with voters but said he tells people he could not follow Trump’s calls to overturn the 2020 presidential election.

“He’s been asked in a few places here and there what his take is on it, and he generally just said, ‘The vice president has a ceremonial role there. I had no constitutional authority to do that,'” Josh Kimbrell, a South Carolina state senator who helps Pence plan trips, told The Post.

In February, Pence acknowledged that Trump was wrong to attempt to overturn the 2020 election.

“President Trump is wrong,” Pence said in February at a Federalist Society meeting in Florida. “I had no right to overturn the election.”

Rumors of a 2024 Pence presidential run have circulated, setting him up to potentially face off with the former president.

Hearings by the House committee investigating the January 6, 2021, Capitol insurrection continues Thursday and will feature testimony from Pence’s top aides. Their depositions are set to explain how they went against Trump’s wishes for Pence to throw out the election results, the Post reported.

Pence did not talk to the committee and will not be in attendance Thursday.