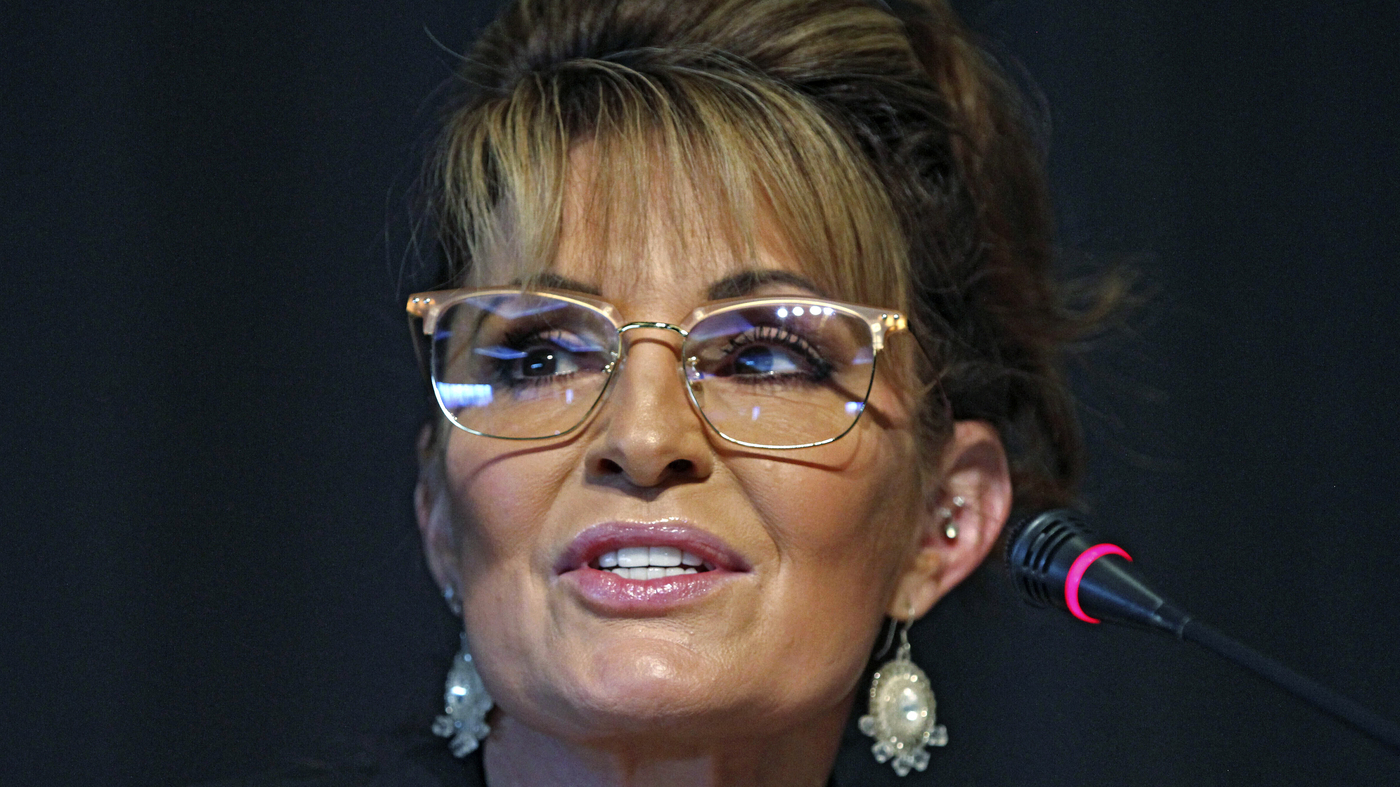 Sarah Palin, a Republican seeking the sole US House seat in Alaska, speaks during a forum for candidates, on May 12, 2022, in Anchorage, Alaska.

Sarah Palin, a Republican seeking the sole US House seat in Alaska, speaks during a forum for candidates, on May 12, 2022, in Anchorage, Alaska.

Form Alaska Gov. Sarah Palin, Republican Nick Begich and independent Al Gross have advanced to the August special election for the state’s only US House seat.

Palin and Begich, both Republicans, and Gross, an orthopedic surgeon, were among 48 candidates in last Saturday’s special primary for the seat, which was left vacant following the death in March of Republican Rep. Don Young. Young had held the seat for 49 years.

The top four vote-getters in the special primary advance to a special election, set for Aug. 16, in which ranked choice voting will be used. The winner of that race will serve the remainder of Young’s term, which ends in January.

State elections officials were releasing additional vote counts on Wednesday, the first day since the special primary in which counts were conducted. Additional counts are planned for Friday and for next Tuesday.

Nick Begich, a Republican seeking the sole US House seat in Alaska, speaks during a forum for candidates, on May 12, 2022, in Anchorage, Alaska.

Nick Begich, a Republican seeking the sole US House seat in Alaska, speaks during a forum for candidates, on May 12, 2022, in Anchorage, Alaska.

The election was unusual in that it was conducted primarily by mail. It also was the first election under a system approved by voters in 2020 that ends party primaries and institutes ranked voting for general elections.

The election went on as scheduled following a tense legal fight over ballot access issues, with the state defending itself against accusations that the manner in which the primarily by-mail election was held discriminated against voters with visual impairments.

Palin, the 2008 Republican vice presidential nominee, held significant name recognition in a field that also included current and former state legislators and a North Pole city council member whose name is Santa Claus. Many of the candidates were relative unknowns.

Begich comes from a family of prominent Democrats, which includes uncles Mark Begich and Tom Begich, who have both held elected office. Gross unsuccessfully ran for US Senate in 2020 with the endorsement of state Democrats. Alaska Democratic party leaders in this race urged voters to pick a Democrat.

Al Gross, left, an independent running for Alaska’s US House seat, poses beside his wife, Monica Gross, on June 11, 2022, in Juneau, Alaska.

Al Gross, left, an independent running for Alaska’s US House seat, poses beside his wife, Monica Gross, on June 11, 2022, in Juneau, Alaska.

Peltola, who was one of six Democrats on the ballot, is a former state lawmaker. Sweeney was an assistant secretary of Indian Affairs in the US Department of Interior during the Trump administration.

Palin released a statement on election night, saying she was grateful to her supporters “who voted to make Alaska great again!”

She said she looked forward to the special election so that she could “highlight our ideas for fixing this country by responsibly developing Alaska’s God-given natural resources, getting runaway government spending under control, protecting human life, protecting the right to keep and bear arms , and restoring respect for individual liberty and the Constitution.”

Palin, making her first bid for elected office since resigning as governor partway through her term in 2009, touted endorsements from a number of national figures, including former President Donald Trump. Palin was an early supporter of Trump during his 2016 presidential bid, and he participated in a telerally for her the week before the election.

An August primary and November general election will decide who serves a two-year House term beginning in January. Palin, Begich and Gross are running in that race.

An email seeking comment on the special primary was sent to Begich’s campaign manager Wednesday.

Begich’s grandfather, Democratic US Rep. Nick Begich, had the House seat before Young. In 1972, the elder Begich was running against Young when Begich’s plane disappeared on a flight from Anchorage to Juneau. Begich was nonetheless reelected.

He was later declared dead and Young in 1973 won a special election for the seat. Young held the seat until his death at age 88.

The younger Begich had ties to Young, too. He was a co-chair of Young’s re-election campaign in 2020.

He began running for the House seat last fall and cast himself as someone who could bring new energy to the role. He has been endorsed by a number of conservatives and by the Alaska Republican Party.

Begich, during a campaign forum with three other Republican candidates last month, acknowledged people might be surprised that a Begich is a Republican. He said he was raised “conservative” by grandparents in Florida.

Begich said he wants to make a “business case” for the state, including the need to develop the state’s vast natural resources.

Gross got crosswise with some Democrats earlier this year after an interview in which he did not commit to caucusing with Democrats if elected. He later said he would.

Gross’ campaign has said that Gross does not plan to seek endorsements from either the Democratic or Republican parties.

Gross noted that the largest bloc of registered voters in Alaska identify as independents and said Alaska needs a “new leader who represents all of Alaskans, not just a part of Alaska. And I believe I’m that guy.”

During his 2020 run, Gross sought to play up his Alaska bona fides, notably with an ad that said he “killed a grizzly bear in self defense after it snuck up on him.” His campaign also ran a cutesy ad referring to Gross as the “bear doctor.”

This time, Gross is playing it differently. He has a campaign leadership team that includes Republicans, independents and Democrats, including former Gov. Tony Knowles.