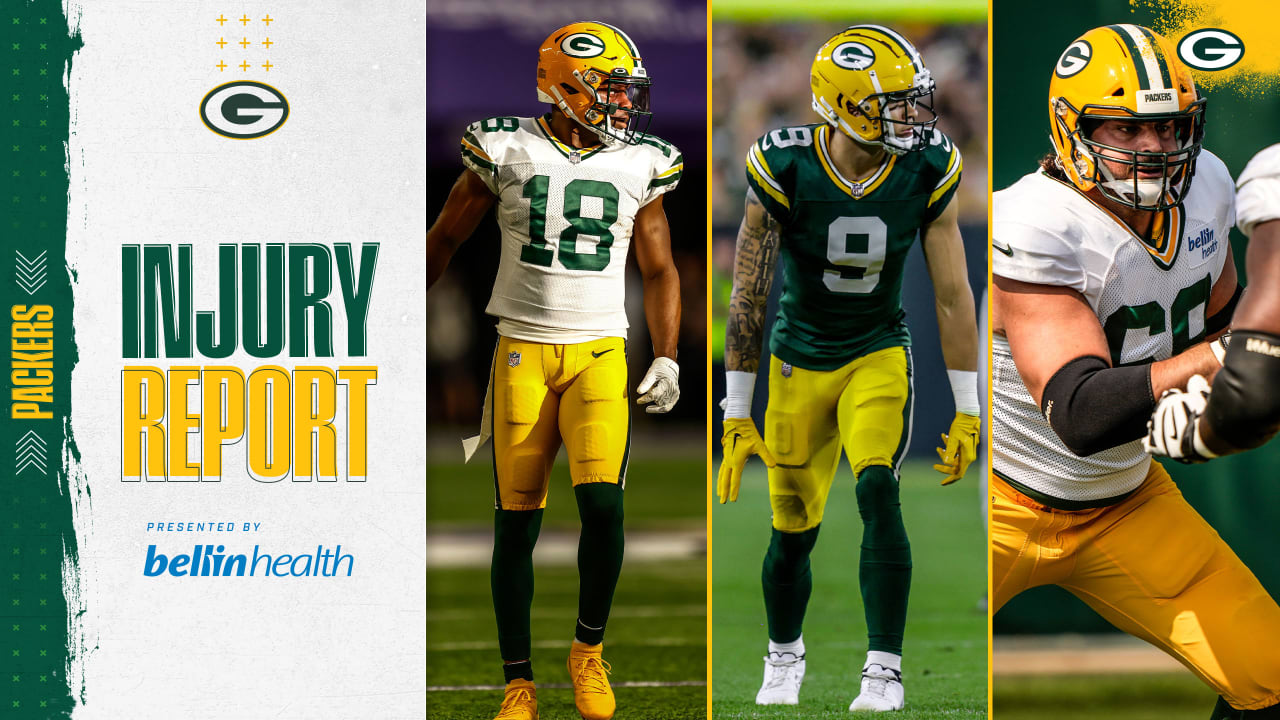 Receiver Sammy Watkins (hamstring) has been ruled out after not practicing since Wednesday.

Lazard and Lewis returned to practice Friday after sitting out Thursday. Bakhtiari was a limited participant for the second straight day. Cobb did not practice this week.

With Watkins out and two other questionable receivers, Head Coach Matt LaFleur told reporters before Friday’s practice that rookie fourth-round pick Romeo Doubs is “probably gonna have to take more of a load this week.”

Doubs has six catches for 64 yards on 60 offensive snaps this season, but said Thursday he’s prepared to play upwards of that Sunday if he’s called upon.

“I would be really comfortable with that,” Doubs said. “I just want to do my best to help the team win for this week, so whatever happens happens. I’m in control with my own destiny and I’m going to make sure that I prepare and do my part to the best of ability.”