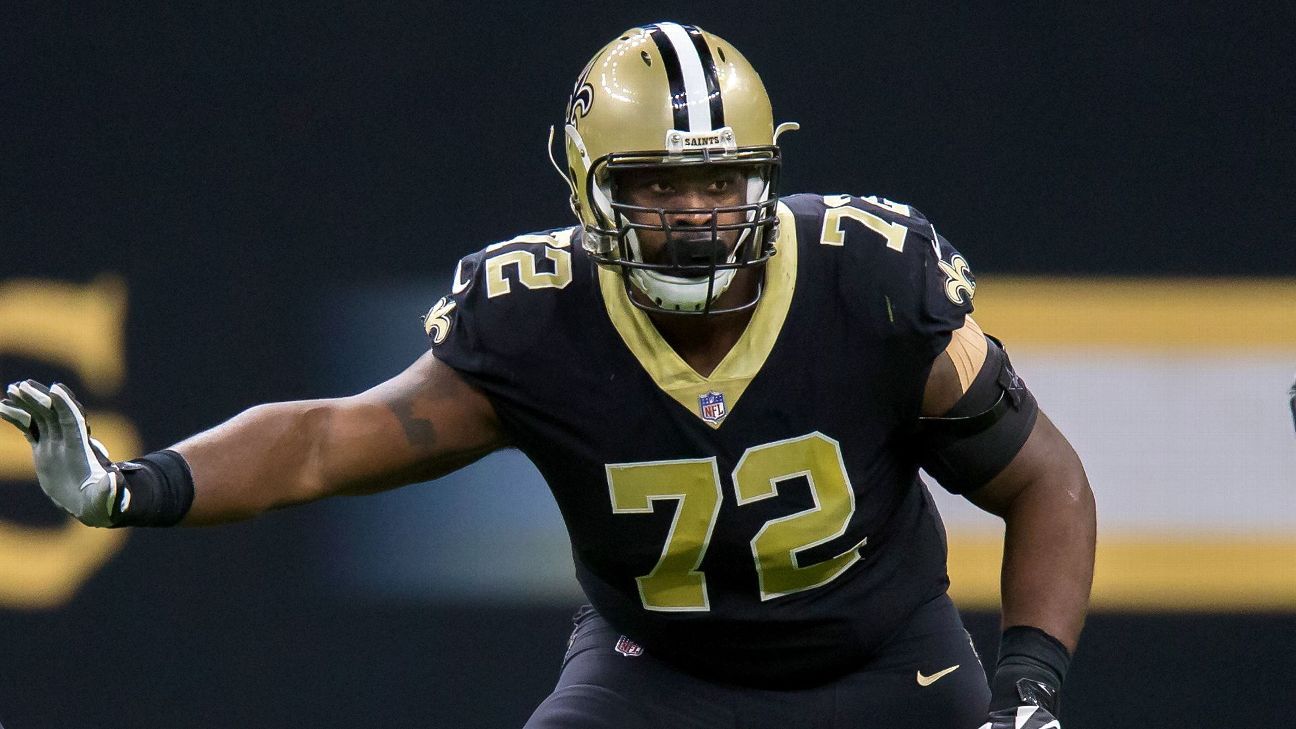 MIAMI — The Miami Dolphins on Tuesday reached agreement with offensive tackle Terron Armstead on a five-year deal worth up to $87.5 million, a source told ESPN’s Adam Schefter, locking up one of the top free agents of the 2022 cycle.

The deal includes $43.37 million in guaranteed money, the source said.

Armstead confirmed he would be signing with Miami in a video posted to Instagram.

“It’s Terron Armstead, left tackle, entering my 10th year in the NFL — and I’ll be taking my talents to South Beach,” he said in the video while putting on a Dolphins hat. “Miami what’s up, let’s get to work.”

The former New Orleans Saints left tackle is a three-time Pro Bowler in nine NFL seasons and should provide a boost to one of last season’s worst pass-blocking teams.

The Dolphins owned the NFL’s worst pass block win rate last season, winning just 46.6% of their matchups, per NFL Next Gen Stats. For reference, the Super Bowl champion Los Angeles Rams led the NFL in that category at 68.4%. The Dolphins’ inability to sustain blocks impacted the way quarterback Tua Tagovailoa played, as his average time to throw (2.52 seconds) was the fourth fastest in the league.

The Dolphins have publicly backed Tagovailoa throughout the offseason and although much of the team’s success in 2022 will depend on his development, first-year coach Mike McDaniel has insisted that Tagovailoa needs help around him.

“I haven’t seen a quarterback win a football game by himself ever, really,” McDaniel said. “He has to have somebody to throw to. He better not be getting tackled before he throws, so somebody better block.”

But adding Armstead and former Dallas Cowboys guard Connor Williams helps fortify an offensive line that Miami has spent four top-100 draft picks on since 2019. The additions of Williams and Armstead likely mean former first-round pick Austin Jackson and Jesse Davis won’t return as the team’s starting left guard and right tackle, respectively. Williams and Armstead can anchor the left side of Miami’s line while it figures out what to do with former second-round picks Robert Hunt and Liam Eichenberg — both of whom have guard and tackle flexibility. At center, Michael Deiter started eight games in an injury-shortened 2021 season.

Former Browns center JC Tretter is available and owns the NFL’s second-best pass block win rate since 2019. Or the Dolphins could look to the draft to address the position if they believe they need to move on from Deiter.

Armstead, who turns 31 in July, has been one of the NFL’s elite left tackles since the Saints drafted him in the third round in 2013 out of Arkansas-Pine Bluff and made him their starter toward the end of his rookie season.

He was named second-team All-Pro in 2018 and was selected to three straight Pro Bowls from 2018-2020. Pro Football Focus graded Armstead as the NFL’s top offensive tackle in both 2015 and 2018. A tremendous athlete for his size, the 6-foot-5, 304-pounder still holds the record for fastest 40-yard dash by an offensive lineman at the NFL scouting combined at 4.71 seconds.

However, Armstead’s career has also been plagued by injuries — including elbow and knee injuries that limited him to eight games in 2021. He had knee surgery following the season, calling it successful and saying, “Time To Get Right!” on Instagram.

Armstead also missed a total of 21 games from 2016-2018 while battling knee, hip, shoulder and pectoral injuries. But his health improved as he missed only three total games from 2019-2020.

Armstead signed a five-year, $65 million contract extension in 2016 that made him one of the league’s highest paid left tackles at the time. He still has nearly $13 million in dead money from that deal scheduled to count against New Orleans’ salary cap in 2022.

Armstead was selected as the Saints’ Walter Payton Man of the Year candidate in 2019 for his efforts both on the field and in the community.