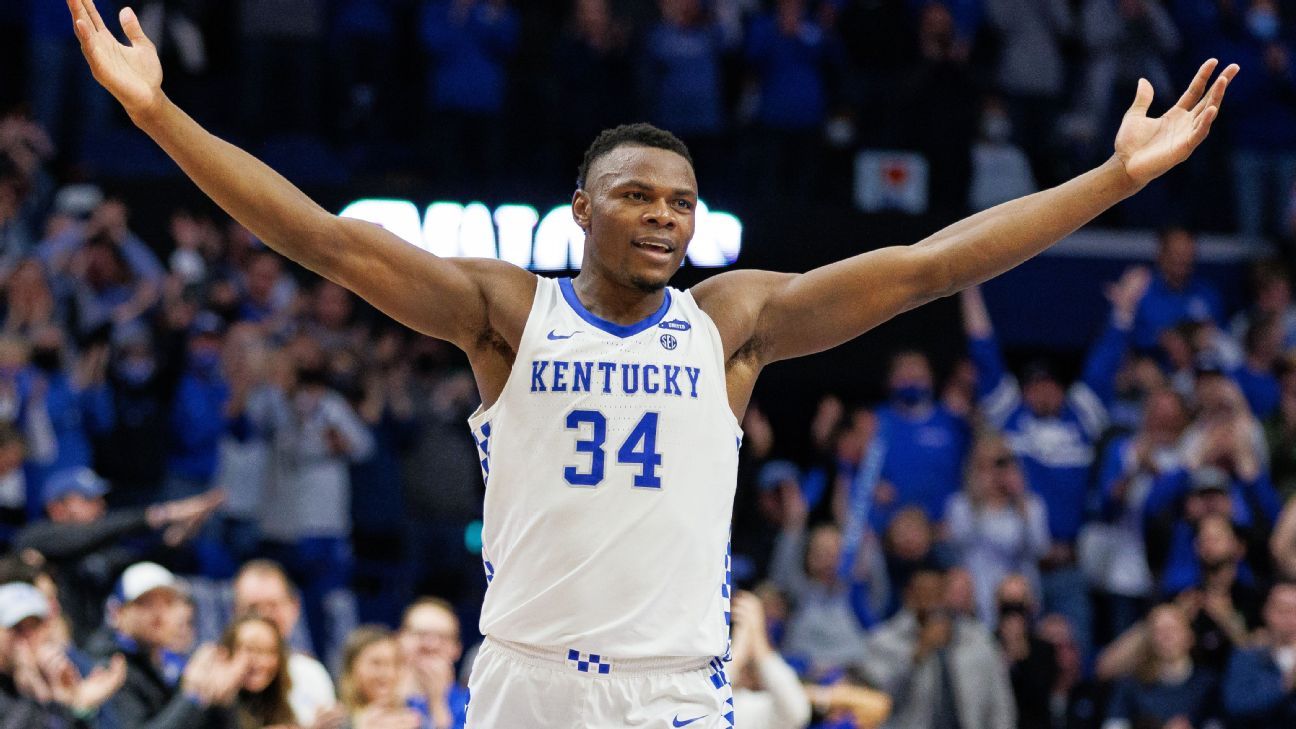 Kentucky forward Oscar Tshiebwe, the consensus men’s basketball national player of the year, announced Wednesday he is returning to Lexington for his senior season.

Tshiebwe made his announcement on SportsCenter, saying he came to a decision last week and will look to improve his NBA draft stock next season. He becomes the first Wooden Award winner since North Carolina’s Tyler Hansbrough in 2008 to return to college.

While name, image and likeness legislation will play a major factor in borderline first-round prospects opting to return to school rather than entering the NBA draft, Tshiebwe’s status as a foreign student had posed some issues in his ability to earn money. But the Congo-born standout is expected to be able to make NIL money moving forward.

“As a student with an F1 visa, I can’t even talk about it,” Tshiebwe said on SportsCenter. “It’s a little bit tricky.”

He transferred to Kentucky midway through the 2020-21 season after a season and a half at West Virginia, but he didn’t follow up until the 2021-22 campaign. He had 17 points and 20 rebounds in the season opener against Duke, setting the stage for what would be a historically productive season.

Tshiebwe had 28 double-doubles, including 16 straight to end the season, and averaged 17.4 points and 15.1 rebounds — leading the nation in the latter category.

Kentucky went 26-8 this past season, earning a 2-seed in the NCAA tournament. But the Wildcats’ campaign ended prematurely with a loss to 15-seed Saint Peter’s in the first round of the tournament. Tshiebwe had 30 points and 16 rebounds against the Peacocks, but it wasn’t enough.

“That’s not how I wanted it to end,” he said on Wednesday. “It’s the best motivation.”

With Tshiebwe back in the fold, along with the potential return of starters Keion Brooks Jr. and Sahvir Wheeler and the addition of five-star recruits Chris Livingston and Cason Wallace, Kentucky should open the season as a Final Four favorite.