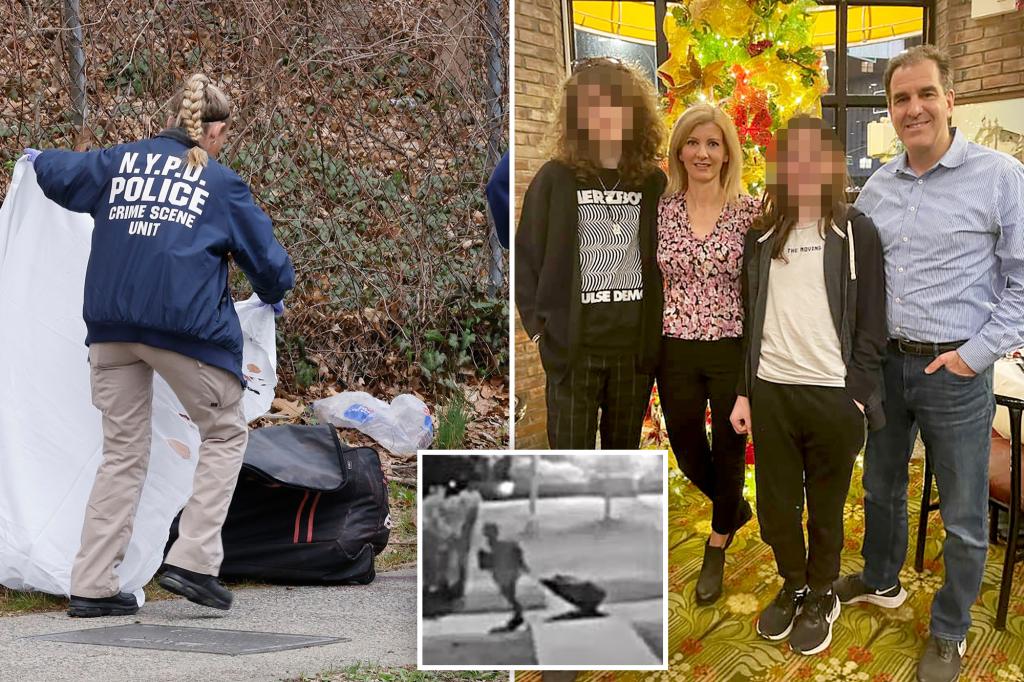 Slain Queens mom Orsolya Gaal’s autopsy reveals she was brutally stabbed nearly 60 times before her body was discovered in a duffel bag less than a half-mile from her stately home, law enforcement sources said.

Gaal, 51 — who was found inside the luggage just after 8 am Saturday in Forest Hills– sustained about 60 sharp force injuries to her neck, torso and left arm, according to the sources with knowledge of her autopsy.

Puncture wounds were discovered on her carotid artery and trachea, the sources said.

She was also discovered with knife wounds inside her fingers and on the palms of her hands, according to the sources.

It did not immediately appear that Gaal suffered any sexual trauma, the sources said.

Police found a trail of blood leading back to her Juno Street home.

Gaal spent some of her final hours putting around her yard and enjoying a night out — before video caught a mysterious figure lugging her makeshift casket down the street.

Neighbors said Gaal’s 13-year-old son was seen being taken away in handcuffs shortly after the body was found.

Police sources said the teenager was questioned at the local precinct in connection with the case.

The boy was released Saturday evening, said cops, who did not reveal what adult took custody of the child.

No arrests had been made by Monday morning, and no suspects had been identified.

Gaal’s husband, Howard Klein, who was reportedly in Portland with the couple’s 17-year-old son on a college hunt at the time of the murder, received an ominous text message from the killer, threatening, “Your whole family is next,” according to WPIX.

Reached by phone Saturday, Gaal’s husband, Howard Klein, told The Post he was at an airport preparing to fly back to New York and was “in the middle of a terrible experience.”

“[My son] Leo is safe. Thank God [my son] is safe,” he said Saturday of his younger child, before adding that his family’s “lives are at stake.”

“There are concerns about our safety,” the man claimed. “Our lives are at risk.”