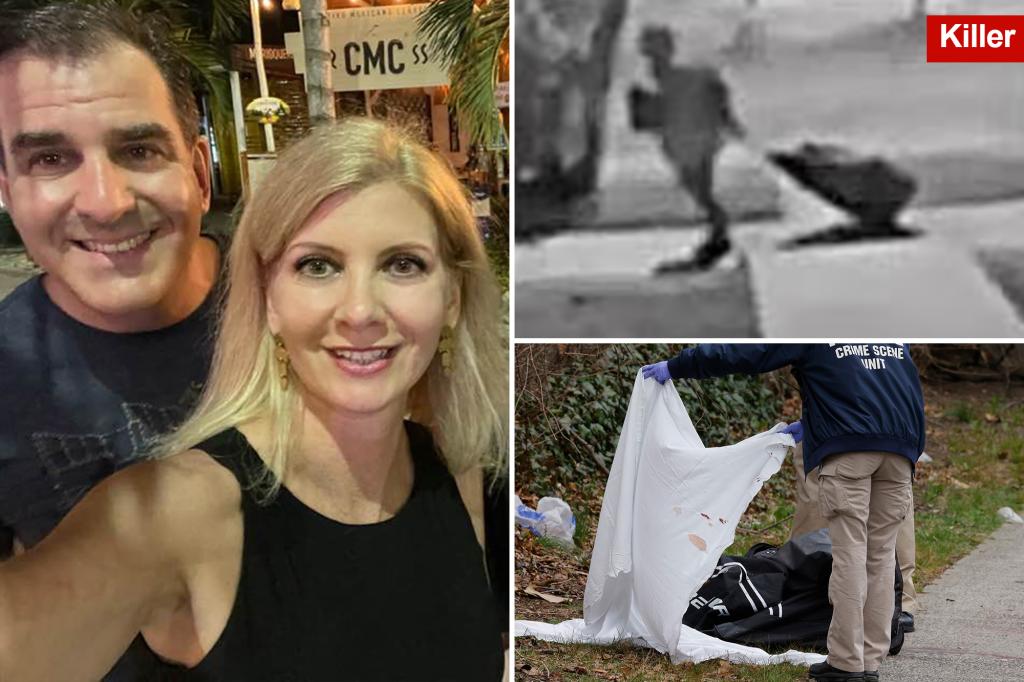 The suspect in the slaying of Queens mom Orsolya Gaal sent a chilling message to her husband, warning that “Your whole family is next,” according to a new report.

The body of Orsolya Gaal, 51, was found inside the luggage just after 8 am Saturday – and cops discovered a trail of blood leading back to the victim’s stately Tudor-style home on Juno Street in Forest Hills, police said.

Her husband, Howard Klein, who was reportedly in Portland with the couple’s 17-year-old son on a college hunt, received an ominous text message from the killer, threatening, “Your whole family is next,” according to WPIX.

Gaal apparently told her youngest son, 13, she was heading out to watch a show Friday night, but instead met up with another man, the station reported.

Gaal spent some of her final hours putting around her yard and enjoying a night out — before video caught a mysterious figure lugging her makeshift casket down the street.

Reached by phone Saturday, Gaal’s husband, Howard Klein told The Post he was at an airport preparing to fly back to New York and was “in the middle of a terrible experience.”

“[My son] Leo is safe. Thank God [my son] is safe,” he said Saturday of his younger child, before adding that his family’s “lives are at stake.”

“There are concerns about our safety,” the man claimed. “Our lives are at risk.”

Neighbors said Gaal’s 13-year-old son was seen being taken away in handcuffs shortly after the body was found.

Police sources said the teenager was questioned at the local precinct in connection with the case.

The boy was released Saturday evening, said cops, who did not reveal what adult took custody of the child.