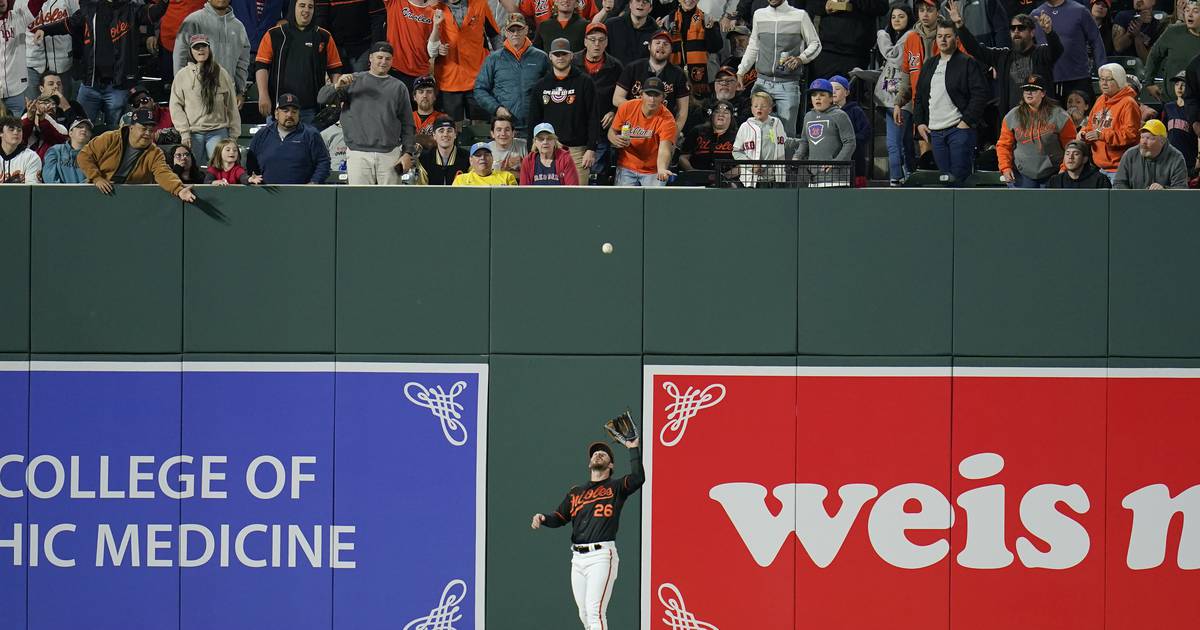 “Nobody likes it,” Mancini said with a laugh. “No hitters like it, myself included.”

Both Boone and Judge were critical of the Orioles’ changes to their iconic ballpark after Tuesday night’s 5-4 victory, in which Judge homered twice but lost a potential third home run on a ball that would have left every other major league ballpark, as well as Camden Yards a year ago. Judge called the changes, which featured moving the left field wall back nearly 30 feet and increasing its height by more than five feet to reduce the ease of homering to that portion of the ballpark, a “travesty.”

“It looks like a create-a-park now,” Judge told reporters, with Boone adding, “Build-your-own-park got him.”

Entering Wednesday, Judge’s lost home run is one of six balls hit by visitors that would have likely left Camden Yards with the ballpark’s previous dimensions, according to tracking from The Baltimore Sun. The Yankees were responsible for half of those in the previous two days; no visiting player had cleared the wall entering Wednesday’s game.

Mancini has twice lost a home run to the new wall, christening it with a double off the padding during Baltimore’s first homestand. The Orioles have lost eight home runs to the wall, with Ryan Mountcastle, Austin Hays and Anthony Santander managing to hit balls over it.

As he and other Orioles hitters have done since plans for the new wall were first reported this offseason, Mancini repeatedly noted that “it is what it is.” Mountcastle, like Judge, has hit a ball that only stayed in the park because it was hit at Camden Yards, a blast that bounced off the very top of the new wall. Mancini said the players are able to laugh about such things, knowing it’s out of their control.

“There’s nothing we can do to change it,” Mancini said. “It’s nothing you can be thinking about when you’re up at the plate. But it doesn’t make it any less tough when you hit a ball that you think should definitely be a homer.”

[ Orioles reset: Through two homestands, the new ‘mountain’ in left field at Camden Yards is proving difficult to scale ]

Want to be an Orioles Insider? The Sun has you covered. Don’t miss any Orioles news, notes and info all baseball season and beyond.

Tuesday’s comments mark the second time this month New York has been involved in ballpark dimensions discourse. After Gleyber Torres’ walk-off home run May 8 over the short right field porch at Yankee Stadium, Texas Rangers manager Chris Woodward said the ball would have been “an easy out in 99% of ballparks. … He just happened to hit it in a Little League ballpark.” In response, Boone quipped Woodward’s “math is off” because there are 30 parks, meaning 99% wouldn’t be possible.

Since Yankee Stadium opened in 2009, Camden Yards — which is celebrating its 30th anniversary — is the only major league venue where more home runs have been hit.

Orioles manager Brandon Hyde, though, didn’t take a shot when Boone criticized his team’s home park, saying he would “take the high [road].” He referenced comments from Minnesota Twins manager Rocco Baldelli about how the changes to Camden Yards require right-handed hitters to, as Hyde put it, “become true hitters.”

“Before, fly balls to left field were homers, and it was really unfair a lot of times,” Hyde said. “It’s just playing more fair than before.”

The Orioles’ hitters, though, will naturally be affected by it more than those of any other team, so comments like Judge’s and Boone’s fall somewhat flat to Mancini. The changes came at a poor time for Mancini, who is a potential free agent at the end of the season and whose future earnings depend on a strong 2022 campaign.

“It’s still our job to go out there and play, so complaining about it’s not going to help us out. But that doesn’t mean we necessarily like it, either.”