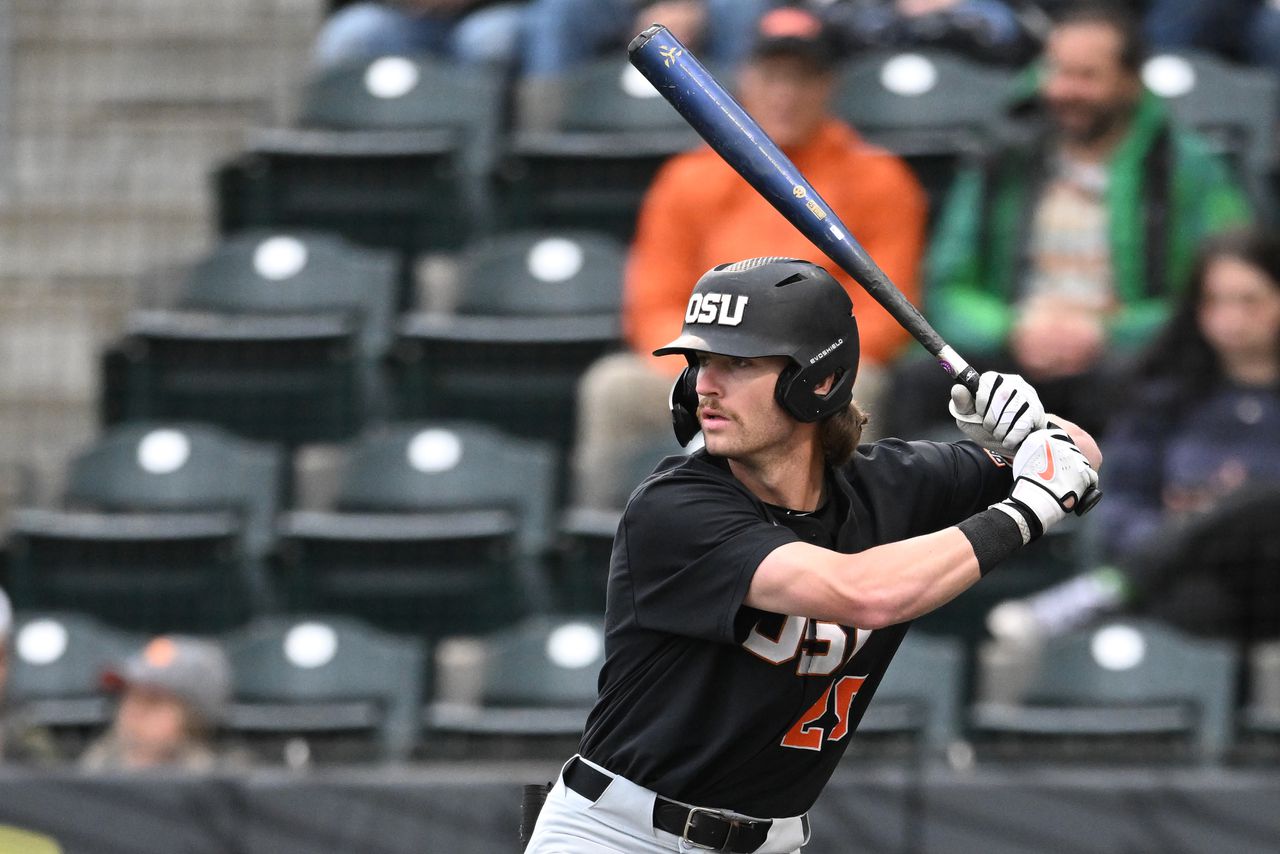 CORVALLIS — The Pac-12′s hottest pitching staff made sure to keep an off day to just that. One off day.

One day after giving up 13 hits and seven runs to the Ducks, OSU pitchers returned to dominating. The four hits were all singles. Oregon (28-19, 13-11) had only six baserunners total, and only one Duck reached second base. The Beavers’ pitching trio combined for 10 strikeouts.

Of late, this sort of pitching has been given. Over its past 10 games, Oregon State has given up no more than two runs nine times, the exception Saturday’s 8-7 win over the Ducks. Sunday’s shutout was OSU’s third during its past 10 games.

Half of those 10 games came against Oregon, one of the Pac-12′s top offensive clubs. Over five games against the Ducks, Beavers pitchers gave up 10 runs — including seven in Saturday’s game — and 36 hits, while striking out 50 and walking only 11. Two of the five games were shutouts.

“They’re going out and competing. They do a great job when something doesn’t go right … they turn the corner real quick,” OSU coach Mitch Canham said.

With postseason play two weeks away, the progress of Pfennigs as Oregon State’s third starter is encouraging. In his fourth start since returning from a six-week absence due to a back injury, Pfennigs threw five spotless innings Sunday. The 6-foot-7 junior gave up two hits and struck out six. Pfennigs set down the final eight Ducks hitters he faced. It was his longest outing since returning from the injury.

“I feel good all around. I’m sticking to the routine. I’ve just got to build up and get stronger. I feel better every week,” Pfennigs said.

With Oregon State’s pitchers on a staff-wide heater, the Beavers are inching closer to their first Pac-12 title since 2017. The Beavers have a three-game lead over second-place Stanford with six games remaining. OSU finishes the season with three-game series at Arizona, then home against UCLA.

If a championship happens, it happens, Canham said.

“It’s really not part of our conversation,” he said. “It can be difficult to keep that out of the conversation, but we’ve been practicing it for a long time. You start worrying about the past or future, it can get you and put you in a lull.”

Oregon’s pitching quartet Sunday was nearly as effective as Oregon State’s, outside of two enormous exceptions. The first came in the fourth, when Gretler blasted a two-run homer to center for a 2-0 OSU lead. An inning later, Melton launched a 430-foot shot over the right field bleachers to give the Beavers a 4-0 lead.

Melton had a weekend against the Ducks, going 7 for 11 with two homers and seven RBIs. The South Medford High graduate didn’t mind sticking it to the Ducks, either.

“Oregon is a school that out of high school really didn’t give me an opportunity. Their prior head coach (George Horton) told me I would never be able to play DI baseball,” Melton said. “So I kind of had that as a chip on my shoulder the last two years playing against them.”

It didn’t hurt Oregon State’s motivation that most of the players’ mothers attended Sunday’s game. Prior to the game, mothers lined up along the third base line, received flowers from their sons, then stood with them for the national anthem.

“With Mother’s Day, I think that provided a little extra energy,” Canham said. “Even in pregame, you could see there was good buzz going on there.”