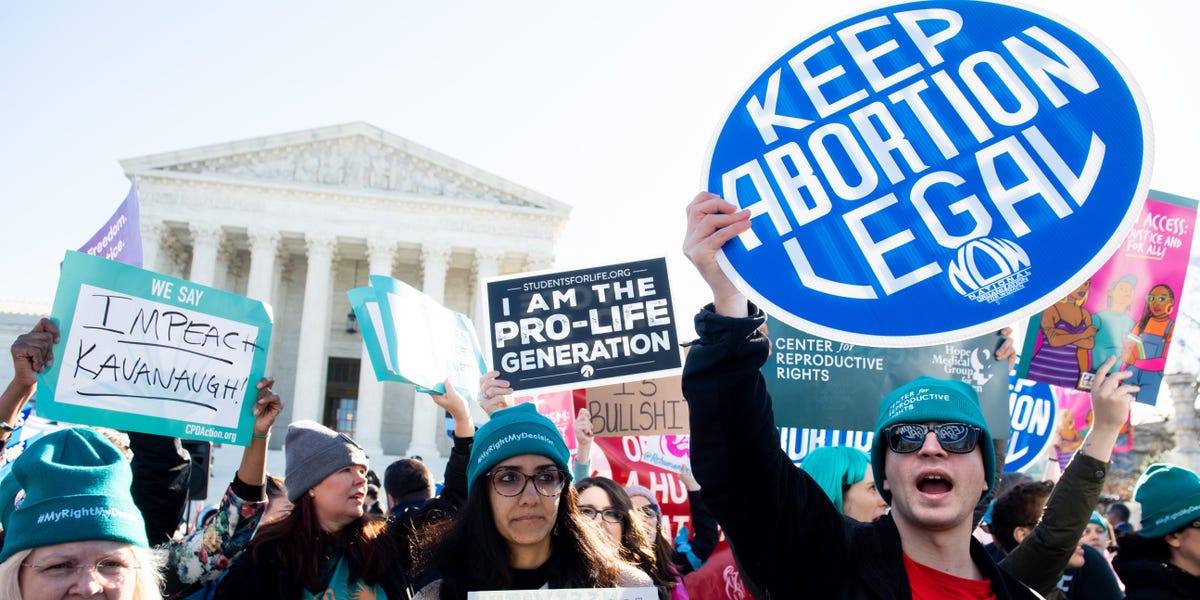 An Ohio state legislator said that a pregnancy resulting from rape could be an “opportunity” for the person who was assaulted during a hearing on a bill that would ban abortion in the state should the US Supreme Court overturn Roe v. Wade this summer.

In a legislative hearing on Wednesday, the bill’s sponsor, Republican State Rep. Jean Schmidt, defended the legislation’s lack of an exception for victims of rape.

“It is a shame that it happens, but there’s an opportunity for that woman, no matter how young or old she is, to make a determination about what she’s going to do to help that life be a productive human being,” Schmidt said.

The lawmaker was responding to a question by Democratic State Rep. Richard Brown, who asked Schmidt about a hypothetical scenario in which a 13-year-old girl became pregnant due to rape.

In response, Schmidt said, “rape is a difficult issue,” but continued that “if a baby is created, it is a human life, and whether that mother ends that pregnancy or not, the scars will not go away, period.”

The longstanding federal precedent established by Roe v. Wade guarantees a constitutional right to an abortion until the point of fetal viability, or about 23-25 ​​weeks of pregnancy. Both supporters and opponents of abortion are closely watching a case before the conservative-controlled Supreme Court that defies this standard, and whether the justices will undermine or overturn the previous set by Roe.

Should HB 598, which has yet to pass either chamber of the Ohio legislature, become law it would not go into effect unless the Supreme Court overturns the previous set by Roe v. Wade.

The bill makes performing an abortion a fourth degree felony, and criminalizes the use of medication abortions. The proposed legislation also states that two doctors who don’t work together must sign off on an abortion, unless it is determined that the mother is at risk of death and injury.

Doctors may perform abortions only in the case where a mother’s life is at risk, but the bill does not define these circumstances, prompting concerns from Democrats that the language would lead to confusion about when a doctor could provide life-saving care.

Democratic State Rep. Beth Liston asked Schmidt if the bill would prevent doctors from providing care for dangerous pregnancy-related conditions, such as an

a condition in which a fertilized egg implants outside the uterus.

“When you are looking at ectopic pregnancies or other issues, it generally is not immediate in that you can’t have a 24-hour notice to prep for it, because the individual has to be emotionally ready for losing their child, the possibility of losing their child,” Schmidt says.

Ectopic pregnancies do not result in a viable pregnancy, and if they rupture, the potential hemorrhaging can lead to injury or death to a pregnant person if not immediately treated.

In 2019, a different Republican state lawmaker in Ohio introduced a now-defunct bill that required doctors to “reimplant” ectopic pregnancies. The bill came under intense criticism from medical professionals, and the treatments it claimed to require were “science fiction,” Daniel Grossman, an OB/GYN and director of Advancing New Standards in Reproductive Health at the University of California at San Francisco, told the Washington Post.

That same year, Ohio passed an unconstitutional “heartbeat bill,” which banned abortions after six weeks of pregnancy. The law was quickly blocked by a federal judge.

Schmidt’s office did not immediately return Insider’s request for comment.