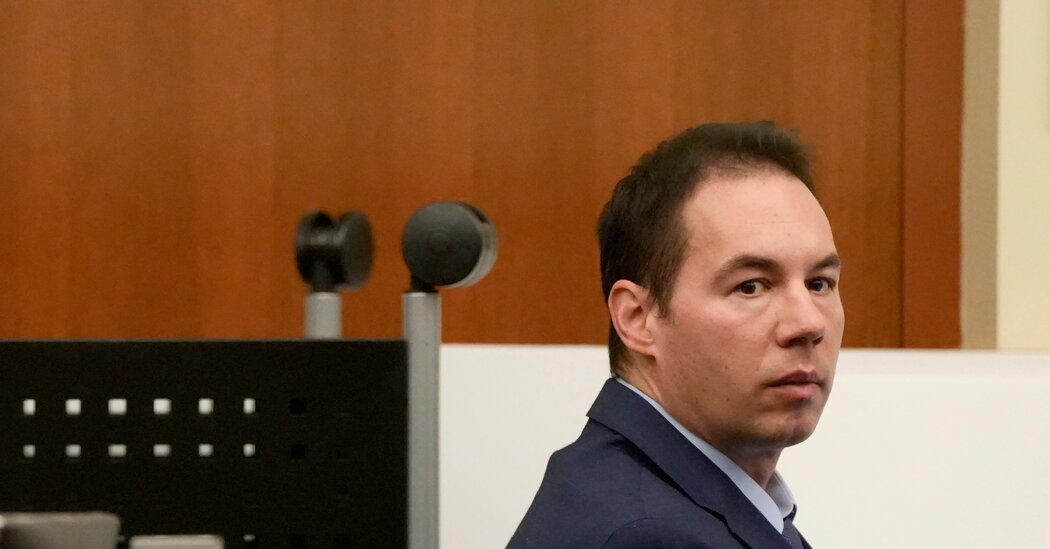 An Ohio doctor who had been accused of killing 14 patients with overdoses of fentanyl from 2014 to 2018 was acquitted on Wednesday by a county jury, bringing an end to one of the state’s largest murder cases, which set off a debate about end-of- life medical care.

The doctor, William Husel, 46, had been admired by his colleagues and patients at the Mount Carmel Health System, which is based in Columbus, after he started working there in 2013. Then, in June 2019, he was charged with 25 counts of murder.

In 2018, two hospital pharmacists reported their concerns that Dr. Husel had been prescribing unusually high doses of fentanyl.

When he treated patients, who were often gravely ill, he sometimes offered them “comfort medication,” which turned out to be fentanyl. One patient received a dosage 20 times higher than the amount recommended by the Food and Drug Administration, Franklin County prosecutors said.

Even a small dose of fentanyl can be fatal, as it is one of the most powerful opioids ever created and it is 100 times stronger than morphine, according to the Centers for Disease Control and Prevention.

A pharmacist would prepare the fentanyl doses that Dr. Husel prescribed, and a nurse would administer them. Prosecutors said that he would convince the pharmacists that the high doses were necessary.

In a statement reacting to the verdict on Wednesday, G. Gary Tyack, the Franklin County prosecuting attorney, said the case had been “carefully tried and prepared by both the prosecution and the defense.”

“The jury, after review of all the evidence, was not convinced beyond a reasonable doubt that William Husel was guilty of any charges submitted to them,” he said. “We accept the jury verdict.”

Dr. Husel’s trial, which began in February in the Franklin County Court of Common Pleas in Columbus, centered on one question: Was he a murderer or was he offering comfort to patients near death?

Franklin County prosecutors argued that the case was not about “comfort care” but about how the doctor abused sick people. Janet Grubb, a prosecutor, said in her opening argument that several of the patients in question were not sick enough to die.

“They all had one thing in common: William Husel was the nighttime ICU physician,” she said, adding that he was not caught for years because the hospital pharmacy had little oversight.

Dr. Husel’s lawyer, Jose A. Baez, said in his opening argument that his client was a compassionate doctor who did not want his patients to be in pain.

“There’s no such thing as a medical murder case,” Mr. Baez said.

In an online news conference on Wednesday, Mr. Baez said that Dr. Husel was “incredibly happy” with the verdict after what he described as a “scary trial” that threatened to undermine care for patients in dire situations.

“This verdict speaks to not only William, but to all of those doctors and nurses out there who are attempting their best to give comfort care in a very difficult situation,” Mr. Baez said. “They don’t need to be looking over their shoulders, wondering if they’re ever going to get charged with a crime.”

Mount Carmel fired Dr. Husel in December 2018, and the state medical board later suspended his license to practice. In total, Mount Carmel found that 35 of his cases were suspicious.

He was acquitted on Wednesday of 14 counts of murder.

In January, a county judge dismissed 11 of the 25 murder charges after the prosecutors asked him to, according to court records. It was not clear why they made the request.

Dr. Husel’s actions reverberated throughout the Mount Carmel Health System. The chief executive resigned, and more than 20 employees were fired.

The health care and legal industries have debated for years about how to treat patients who are dying. Opioids are widely used to alleviate pain in dying patients, but experts have said the drugs must be prescribed carefully. They are highly addictive and one of the leading causes of death for Americans under 55.