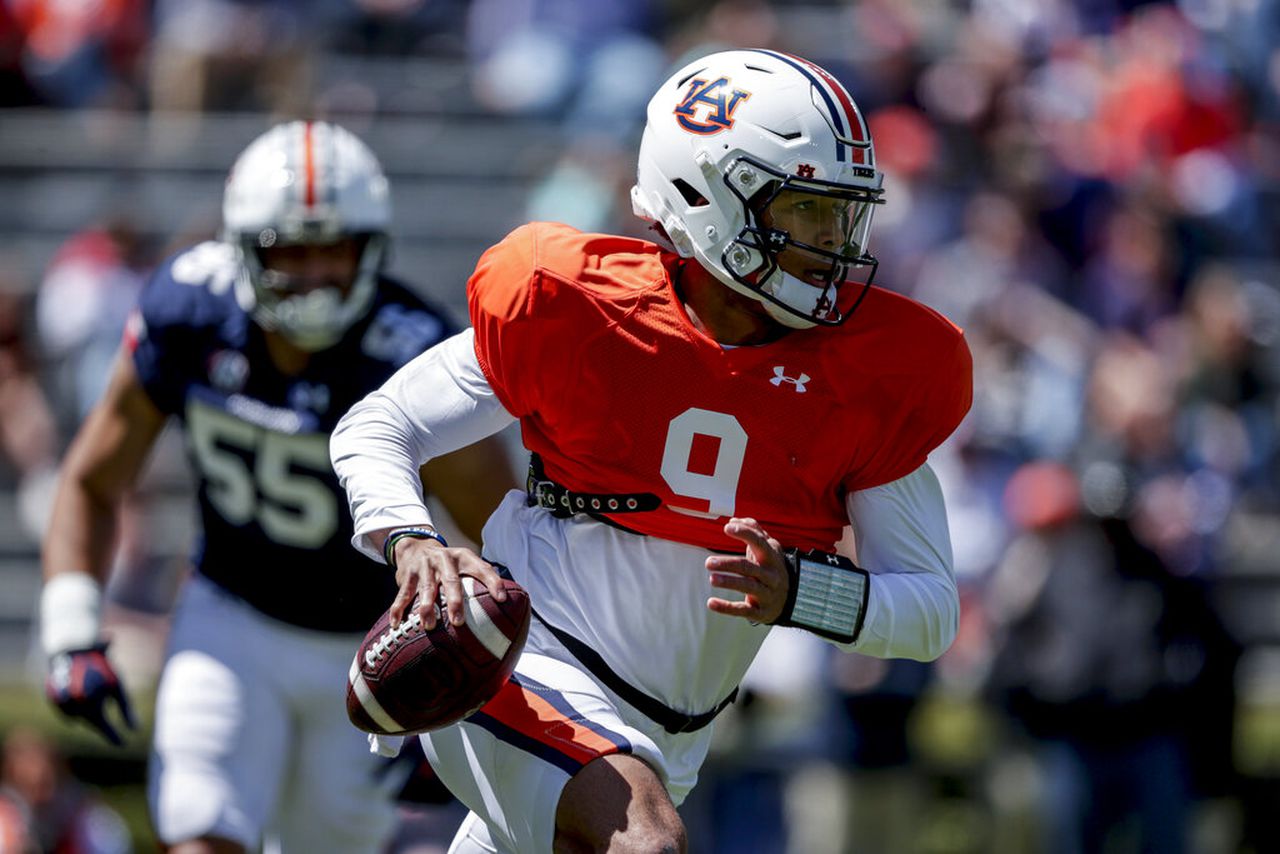 Just hours after Auburn’s veterans took to the practice field for the first day of fall camp, the Tigers’ rookies — newcomers and some less-experienced returning pieces — stepped onto the practice field at the athletics complex for their first round of preseason practices .

Like in the morning session, local media were granted a viewing window into the afternoon session of the first day of fall camp. Reporters were allowed to watch about 15 minutes of the afternoon practice — a condensed window compared to the morning — which provided the first look at many of the team’s newest additions, as well the progress made by some reserves looking to step into bigger roles this fall.

There wasn’t much to glean from the first afternoon of practice, but here are a few of AL.com’s observations from the rookie session:

— With TJ Finley and Zach Calzada going in the morning session, Oregon transfer Robby Ashford and freshman early enrollee Holden Geriner split the quarterback reps Friday afternoon. Ashford, who took home A-Day MVP honors in the spring, still has a live arm and throws a nice deep ball. Both he and Geriner had some issues with accuracy during the brief viewing window, with Geriner throwing a couple passes behind receivers over the middle and Ashford sailing a deep ball to Miami transfer Dazalin Worsham.

— One of those passes thrown by Geriner that was thrown behind his receiver was to converted tight end Landen King, who made an impressive grab on his back hip while in coverage. King continues to look more comfortable and smooth at receiver after making the move from being a full-time tight end.

“I think now that he’s crossed that bridge, like, ‘You know what? I’m doing this receiver thing, ‘we’re going to be able to use him a lot in a variety of ways,” offensive coordinator Eric Kiesau said Thursday. “We can create mismatches because he is so tall, so athletic, he can run and he’s got good hands. We have got to be able to move him around and play different spots so we can create those mismatches.”

— Among those working at wide receiver in the afternoon alongside King were Worsham and the Tigers’ three 2022 signees at the position: Jay Fair (a spring enrollee), Camden Brown and Omari Kelly. Brown certainly looks the part of an SEC receiver, and it’s easy to see why he has received some early recognition from his veteran teammates. At 6-foot-3 and 202 pounds, Brown is one of the biggest receivers on the roster (only King, at 6-foot-5, and Ze’Vian Capers at 6-foot-4 are taller), and he flashed some of his ability during Friday’s session.

He made the play of the viewing window during one-on-one drills, outworking JUCO transfer cornerback Keionte Scott for a catch near the sideline. Brown’s catch drew praise from defensive backs coach Zac Etheridge, who bellowed: “I see you, 1-7,” referring to Brown’s jersey number, 17. “Play big!”

“Big dude — strong, too,” senior receiver Shedrick Jackson said Friday. “He did, like, he did 225. I can’t remember how many reps. He did a lot, so that’s a strong dude.”

— Speaking of Scott, the JUCO transfer — who was the nation’s top-rated junior college corner last season — was working with the newcomers after arriving on campus just a couple days ago. It’ll be interesting to see how quickly he can acclimate himself, and how he’ll factor into Auburn’s secondary this season.

— Joko Willis, who spent last season at linebacker was the only scholarship edge defender working with Roc Bellantoni on Friday afternoon. Defensive coordinator Jeff Schmedding confirmed Thursday that Willis, who was used on special teams and in some blitz packages last season, is now working in a hybrid role at edge.

— Jeremiah Wright was back at defensive tackle, as Bryan Harsin said Thursday. During one rep Friday afternoon, the 6-foot-5, 332-pound nose tackle got the best of center Jalil Irvin, plowing through him at the line of scrimmage.