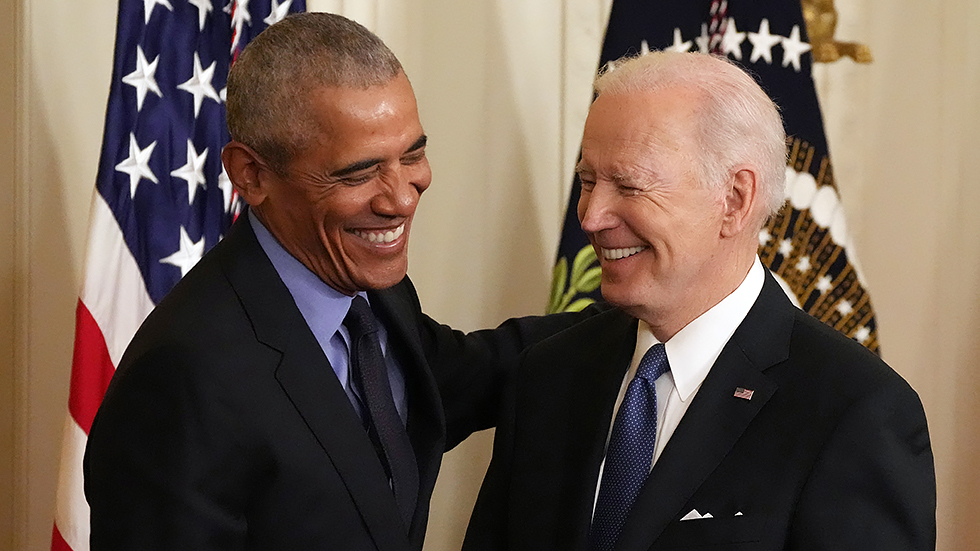 Former President Obama tweeted that the Democrats’ newly signed climate and health care bill “is a BFD,” making a reference to a hot mic moment President Biden had years ago.

“This is a BFD,” Obama wrote in a tweet on Tuesday, quoting his former vice president’s tweet on the signing of the Inflation Reduction Act.

Obama made the reference to a moment in 2010 when Biden was caught on a hot mic telling Obama that signing the Affordable Care Act, often referred to as ObamaCare, was a ”big f—— deal.”

At an event focused on the Affordable Care Act earlier this year, Biden jokingly referenced his hot mic moment to Obama as he left the podium to sign an executive order.

In response to Obama’s tweet, Biden simply replied, “Thanks, Obama.”

“With unwavering conviction, commitment, and patience, progress does come,” Biden said at the signing of the bill. “And when it does, like today, people’s lives are made better and the future becomes brighter and a nation can be transformed.”