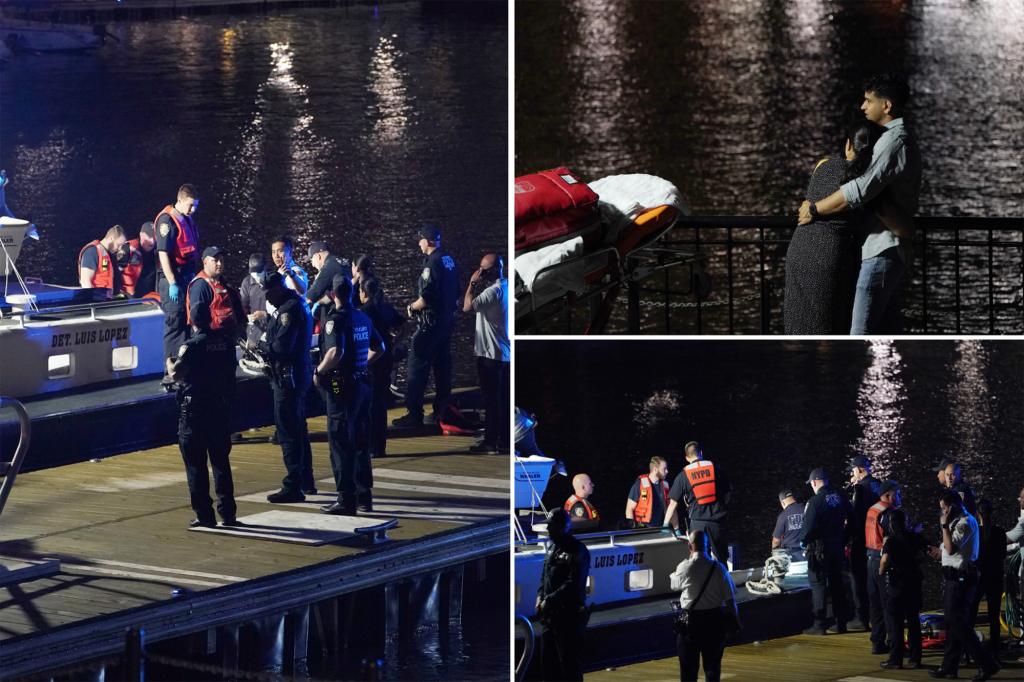 A man died and a woman was hospitalized after a jet ski accident off lower Manhattan on Saturday night, according to officials and sources.

A 23-year-old male and a 22-year-old female passenger, both from Manhattan, had taken a jet ski ride from Hoboken, NJ when they both fell off around 7:20 pm off Battery Place and West St, according to FDNY and police sources.

The jet ski flipped while the man was driving at a high speeds on the Hudson River near Battery Park, sources said.

The woman was able to swim to safety at the financial ferry terminal where she climbed up a ladder, sources said. She was transported to New York Downtown hospital, where she is recovering.

Responders were unable to retrieve the man, who went under the ferry terminal, sources said.

Divers teams from FDNY and NYPD later found him roughly 150 yards south of the terminal, police sources said. He was pronounced dead at the scene around 10:30 pm