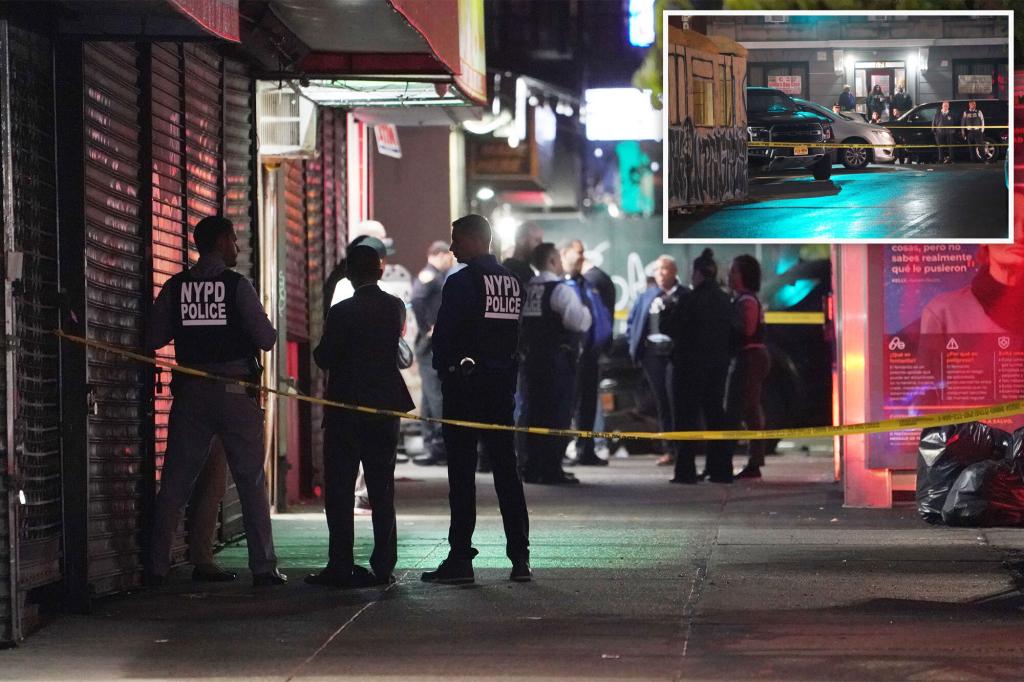 Police shot and killed an armed man in the Bronx on Friday night after he fired at two plainclothes detectives, sources and authorities said.

The shooting unfolded after the cops, members of the narcotics division, came upon a dispute between at least two people at Seneca Avenue and Hunts Point Avenue in the Hunts Point section of the borough at about 7 pm, according to law enforcement sources.

A man involved in the feud went to a nearby car and fetched a gun, sources said. The NYPD said the suspect fired at the cops, prompting them to return fire, striking the man.

The suspect was taken to Lincoln Hospital where he later died, according to sources.

The cops were not struck by gunfire. They were taken to Jacobi Medical Center for tinnitus, sources said.

Officer Dennis Vargas, 32, was shot in the arm Tuesday night during a shootout with a suspect in the Claremont section, officials said.

Vargas and his partner had chased after a man that they believed was carrying a gun, and the suspect turned around and opened fire on the cops after running for a block and a half, police said.

The injured officer was expected to recover. The suspect, a homeless man who was awaiting sentencing for a weapons charge, was in critical condition after being shot by police.