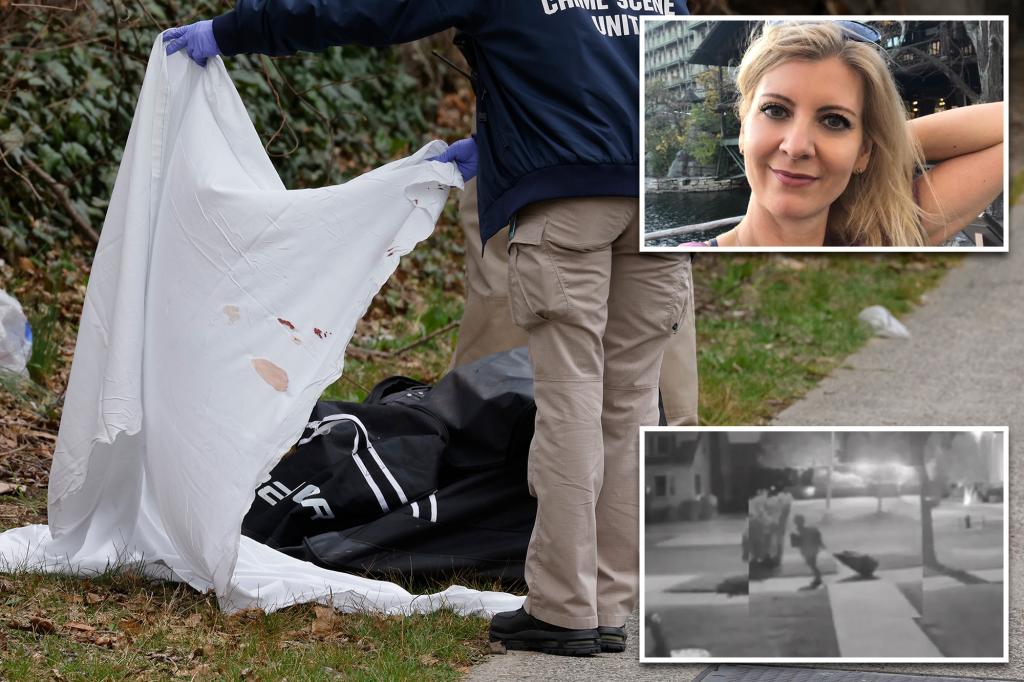 The fugitive killer who viciously stabbed Queens mom Orsolya Gaal to death inside her Forest Hills home left behind a vital clue — a pair of blood-soaked boots, a police source said Wednesday.

Police are now running DNA tests on the boots, which cops found in a trash can outside the garage of the Tudor-style home where Gaal was stabbed nearly 60 times early on Saturday, a high-ranking NYPD official told The Post.

A handyman who did work at the Juno Street home—and who sources said had a fling with Gaal—is being sought for questioning in the slaying, but cops have not yet publicly identified a person of interest or a suspect in the case.

Gaal, 51, went out to a show at Lincoln Center with friends on Friday evening — and then hung out at a bar in her neighborhood, sources have said.

A manager at the Forest Hills Station House told The Post on Wednesday that the married mother of two had her “usual Moscow mule” and left alone around 12:30 am Saturday.

Police believe Gaal was followed home by her killer, who, after murdering her, stuffed her in a duffel bag and dumped her body less than a mile from her home.

Grainy video from a neighborhood doorbell camera caught a mysterious figure lugging the bloody duffel bag away from the Gaal home around 4:30 am A local resident walking his dog found the remains about four hours later.

Cops said there was no sign of forced entry into the home, leading detectives to suspect the killer knew Gaal, as well as the home.

The sources said the handyman knew where the family kept a spare key.

An electrician who said he has worked for Gaal and her husband Howard Klein showed up at the home to pay his respects Tuesday, telling The Post he knew her very well and was unaware of any family issues. The electrician also told Fox News that there was a separate door leading into the basement of the house, which he said was outfitted with security cameras.

Police have peppered the quiet residential community with wanted posters and are offering a $3,500 reward for information leading them to the killer.