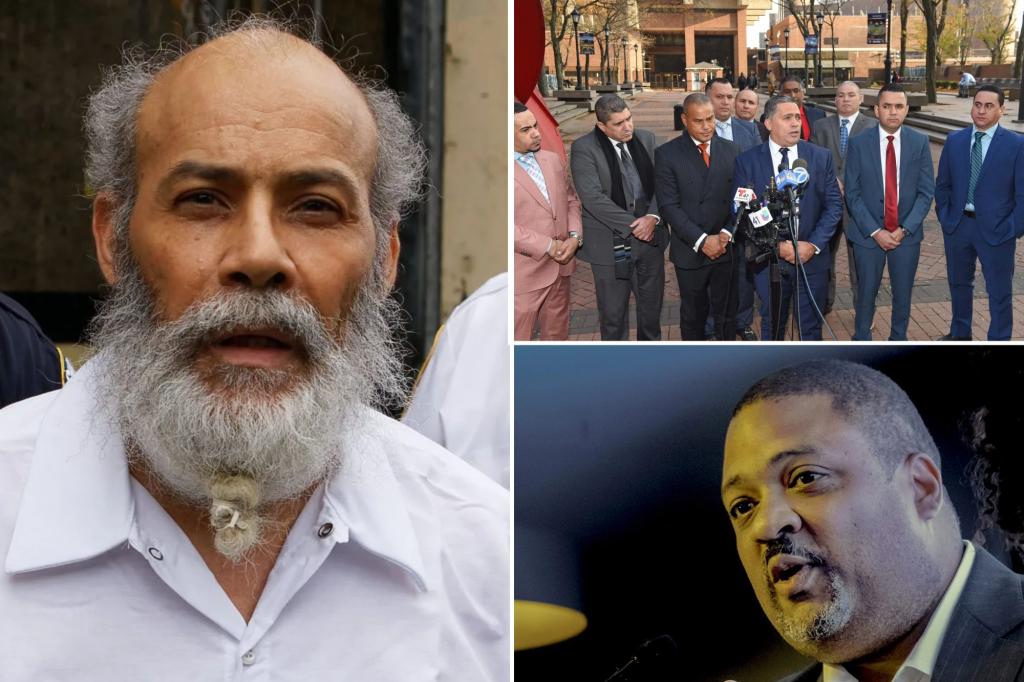 New York City bodega owners are calling on Manhattan District Attorney Alvin Bragg to drop murder charges against a clerk who killed an ex-con that attacked him.

United Bodegas of America officials announced Saturday they would meet with the prosecutor on Tuesday to discuss Jose Alba’s case.

Their calls for mercy come as Mayor Eric Adams and City Council members on both sides of the aisle asked the embattled district attorney to drop the charges against Alba, 61, who was seen on camera fighting off an attack from Austin Simon, 35, before he fatally stabbed him on July 1.

Footage Simon showed going behind the counter at Hamilton Heights Grocery on Broadway and West 139th Street in Manhattan when his girlfriend could not produce enough money to purchase a bag of chips.

Alba stabbed Austin five times after he was pushed into a shelf, officials said. The clerk was then allegedly stabbed by Austin’s girlfriend in the shoulder and hand.

“Mr. Alba was clearly defending himself from a younger & stronger man who assaulted him,” wrote UBA President Radhames Rodriguez.

“There was no time for Mr. Alba to think when his life was in danger. The video tapes clearly show who the aggressor was in this case. Austin Simon went behind the counter to beat Jose Alba and possibly kill him, Jose simply defended himself with whatever he could get his hands on.”

The group is planning to hold a news conference Monday morning in the Bronx.

Alba was released from Riker’s Island on $50,000 bail Thursday. Leaders of the bodega association said he could not afford a defense attorney.

Simon had prior arrests, including for robbery and assault, and served time in state prison on a 2016 conviction for assaulting a police officer. His girlfriend was not facing charges for stabbing Alba, who has no criminal record.

Critics of Bragg have cited his reputation as a soft-on-crime prosecutor who recently told his office not to seek prison sentences for felonies like armed robberies and drug dealing as they plead for leniency in Alba’s case.

“The fact that you are even prosecuting Mr. Alba reveals how your perverse sense of justice not only protects violent criminals, but actively seeks to destroy the lives of crime victims,” read a letter signed by two Democratic city lawmakers and five Republicans.