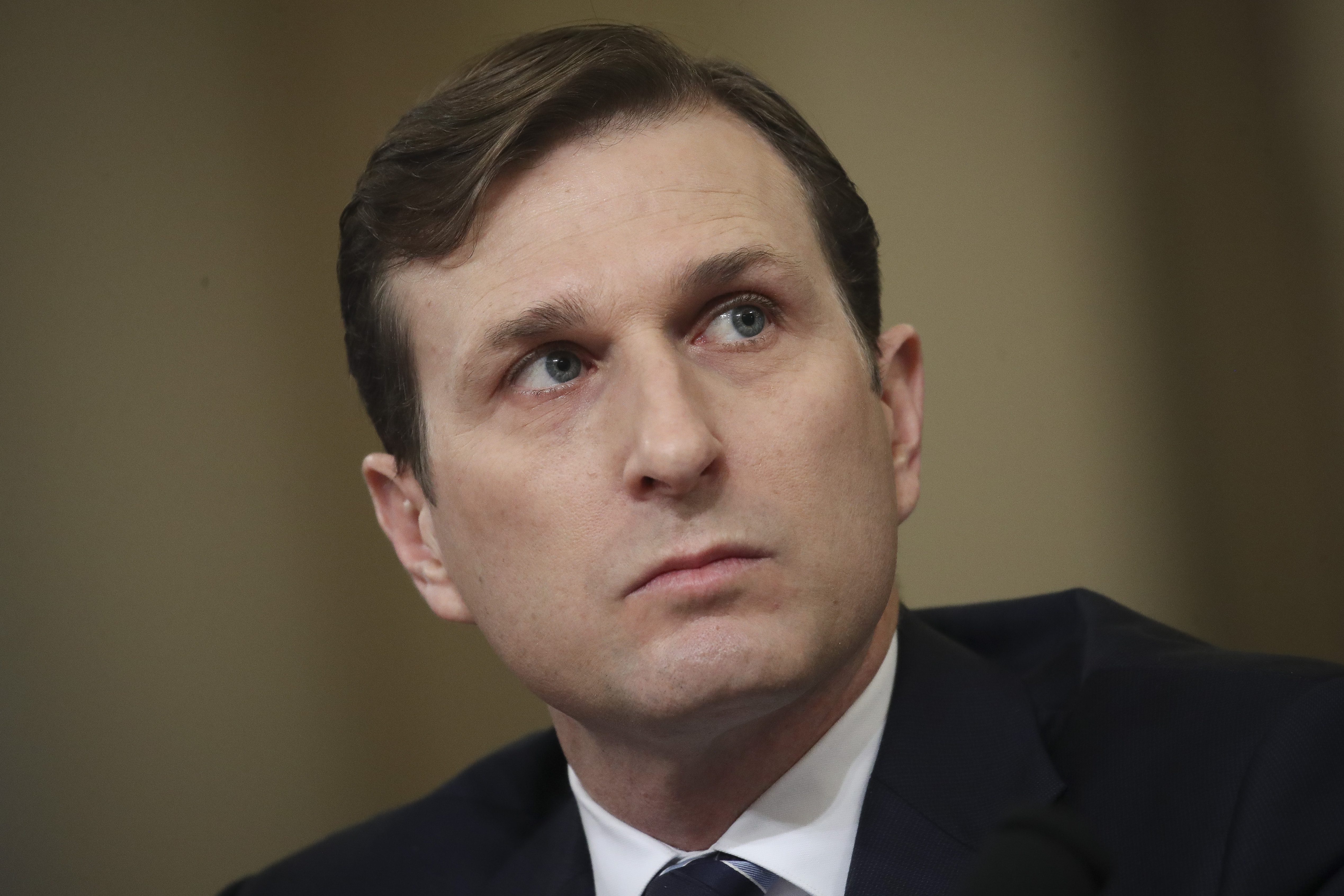 “We should know enough by now that we can’t take Donald Trump at his word, and that he likes to meddle in elections,” Goldman said in response to a question about the endorsement posed by debate hosts PIX11. “Last week he attacked me, now he is pretending to endorse me to try to meddle in this election.”

A New York Times editorial board’s endorsement cemented Goldman’s status as a front runner last weekend—the Gray Lady’s blessing is near dogma among many in the liberal 10th Congressional District. And a recent poll about the top six candidates in the crowded race found he has the support of 22 percent of voters — giving him a boost that competitors hoped to sap with repeated attacks.

“I know the economic pain that people are feeling because I grew up in Section 8 housing and on food stamps, raised by a young, single mom. I can’t imagine this district sending someone to Congress who’s worth $253 million,” Rep. Mondary Jones said in a pointed critique of Goldman’s wealth.

Jones grew up in Rockland County, a distant suburb of New York City, and currently represents the area in the House. He moved to Brooklyn after announcing his intention to run in the open seat.

With few exceptions, the field of candidates agreed on major federal issues, though Goldman has staked out several more moderate positions, such as opposing an expansion of the US Supreme Court — a proposition he called undemocratic. He’s also opposed a proposal to expand Medicare and largely eliminate private insurance options. Goldman has said he wants to expand government options while retaining private insurance.

In the race’s left lane is Assembly Member Yuh-Line Niou, who at 17 percent received the second-largest share of support in the Emerson College poll and has been endorsed by the Working Families Party and left-leaning nonprofit New York Communities for Change.

On Wednesday night, she said she would not support any congressional action curtailing the boycott, divest and sanctions movement aimed at Israel — which she has expressed support for — and called for the abolition of US Immigration and Customs Enforcement, two positions that put her in line with the left flank of the Democratic Party.

“I believe it is important to protect the free speech rights of the BDS movement,” she said, noting that she’s never personally boycotted Israel and believes the Middle Eastern country has the right to exist.

Niou recently teamed up with Jones to criticize Goldman’s self-funded campaign, but on Wednesday night faced attacks from New York City Council Member Carlina Rivera, who is competing with Niou for younger, more progressive voters in the district.

Rivera has been endorsed by healthcare workers union 1199 SEIU, providing her with a formidable well of volunteers and a sophisticated ground game. Res. Nydia Velazquez and Adriano Espaillat have also thrown their weight behind her, which she hopes will help her win over progressives and the 18 percent of voting-age New Yorkers in the district who identify as Hispanic.