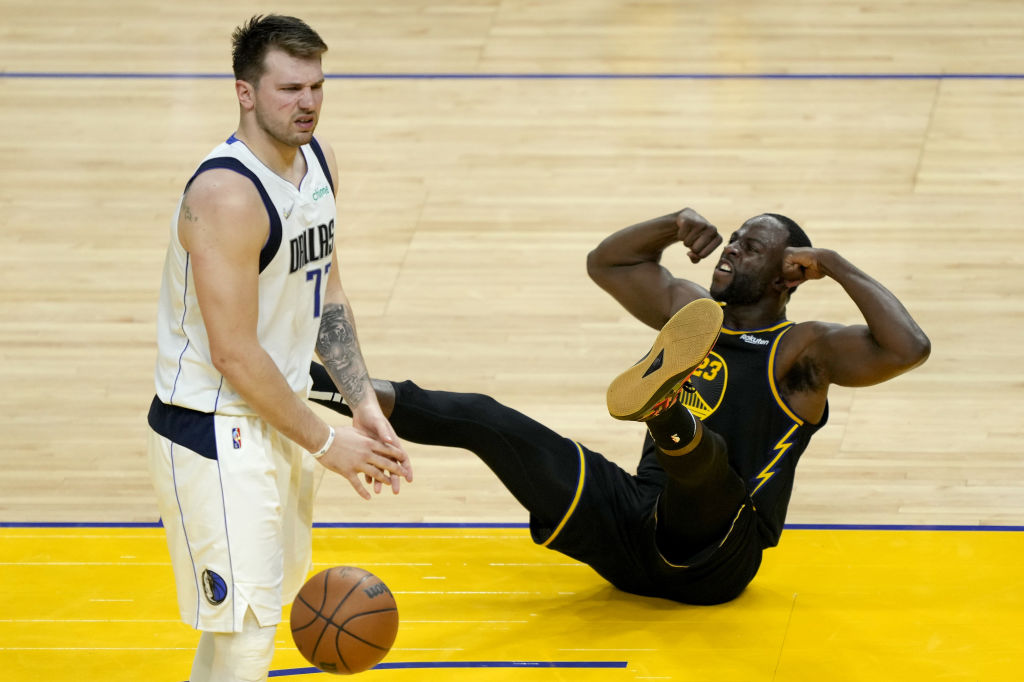 The Golden State Warriors beat the daylights out of Luka Doncic during Game 1 of the Western Conference Finals on Wednesday night.

Yes, the Dubs blew out Doncic’s Mavs 112-87 in a convincing win at the Chase Center. But the Warriors also literally hit Doncic harder than the Slovenian superstar hits the beers at Sens Restaurant.

If you turned on the game just a few minutes after it started, you may have spotted Doncic sporting a scratched-up face. That’s the result of an errant swipe by Dubs forward Andrew Wiggins. Early in the first quarter, Wiggins went for the ball and missed, instead scratching Doncic with his left hand and leaving the Mavericks point guard with a nasty cut on his face. TNT’s Reggie Miller later joked that Wiggins needs to cut his fingernails, an assertion that seems like it has some merit.

Luka’s face after getting scratched in the face by Andrew Wiggins 😳 pic.twitter.com/jhLyD24XSe

Then, Doncic appeared to insult his shoulder, massaging it and grimacing for several minutes in the second quarter.

Luka has been grabbing and rotating his right shoulder in apparent discomfort pic.twitter.com/UJHASxlHl9

Neither injury really slowed Doncic down. He went into halftime leading all scorers with 18 points, including several long jumpers after dinging the shoulder. Even uglier than his newfound scar, though, was the early shooting of every other Mavericks player: His teammates started out a ghastly 4-for-22 from beyond the arc, and finished a horrid 11-for-48.

At least if Doncic goes off during another game this series, he’ll have the added aesthetic of a cool-looking cut. He acknowledged as much after Game 1. “It’s good. It makes me look tough,” he told reporters.