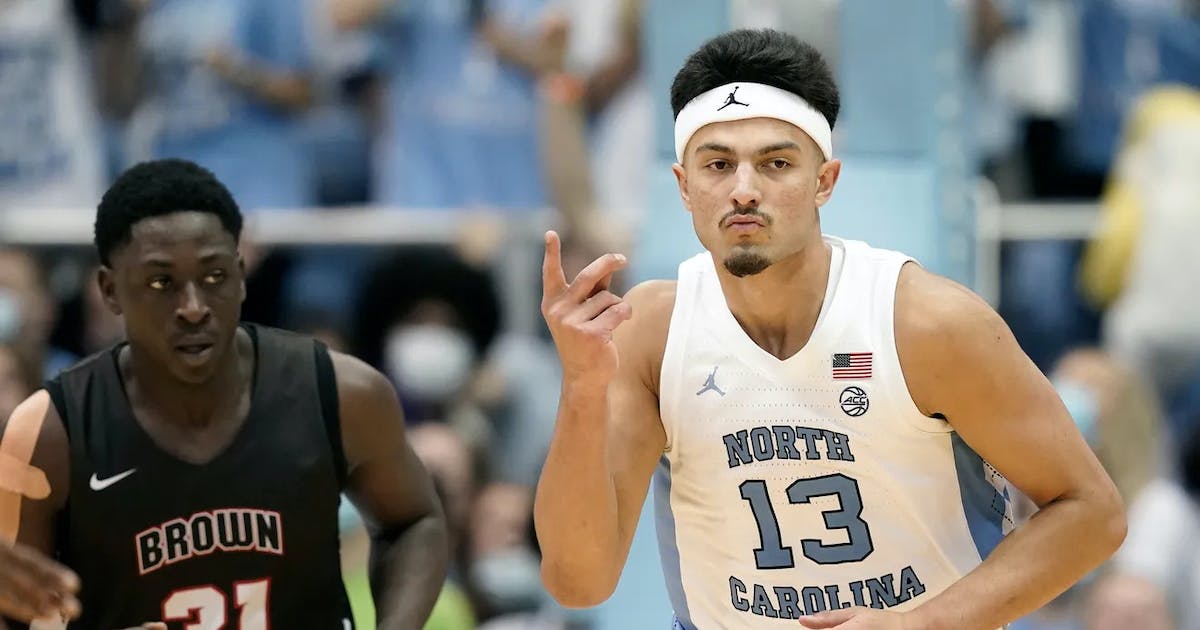 Prior Lake’s Dawson Garcia heard how much Ben Johnson wants to get Gophers men’s basketball back in contention, so he was “filled with excitement” to announce Monday he’ll be jumping on board to help kickstart the program.

The 6-foot-11 North Carolina transfer committed Monday afternoon with an Instagram post that said “homegrown” after his second visit to Minnesota’s campus.

The Gophers hosted Garcia on Friday, and he made his decision official while returning to the U after the weekend with his family.

“It’s like the coolest thing ever,” Garcia told the Star Tribune. “Ben’s done an unbelievable job to establish a culture in one year. I can only imagine what he’s going to do in Year 2 and beyond.

“I’m excited to put on the uniform, but also when the time comes to be a proud alum and say I was part of the process of getting Minnesota basketball back.”

Johnson landed one of the highest-rated recruits in recent team history. Garcia’s the first McDonald’s All-American to join the program since former NBA and Hopkins forward Kris Humphries in 2004.

After a surprising start during a 13-17 season replacing 10 players, Johnson hasn’t lost any players to the transfer portal and added a huge piece to a team that could make a significant jump next season.

Garcia could bolster a lineup that returns leading scorer and rebounder Jamison Battle. When he officially signs this week, Garcia will become the seventh scholarship player from Minnesota on the roster, most for the program since 2007-08.

“I’m excited to wear ‘Minnesota’ across my chest,” Garcia said. “It’s something that not too many people get to do, to represent the state.”

In late January, Garcia left North Carolina and returned home to Minnesota to support his family while it struggled with COVID-19, including tragic losses during the pandemic.

Garcia’s last game with North Carolina was Jan. 22 at Wake Forest. The Tar Heels eventually reached the NCAA title game and fell to Kansas in New Orleans, but he was going through a “low point in my life.”

“It was a very tough situation,” Garcia said. “That’s why I can’t thank enough the people who were there for my family and had our back during that time. I’ll never be able to truly repay them.”

At Prior Lake, Garcia was a 2,000-point career scorer and averaged 31.9 points as a senior. Playing for Team USA, he was MVP of the 3-on-3 US 18U championships and World Cup in 2019, which included a gold medal victory in Mongolia.

Garcia, the second-best prospect in the state’s 2020 class behind Minnehaha Academy’s Jalen Suggs, was recruited heavily late by former Gophers coach Richard Pitino and his staff. But he signed with Marquette after he built a relationship with the Golden Eagles much earlier.

After averaging 13 points and 6.6 rebounds for Marquette in 2020-21, Garcia was named to the All-Big East freshman team.

Since this is Garcia’s second transfer, the Gophers will need a hardship waiver granted by the NCAA for him to be immediately eligible. But Garcia could already picture himself with them while watching workouts on Monday.

“It was awesome being down at the practice facility,” Garcia said. “It just felt it was yesterday when I played with some of those guys. I know a lot of them. There’s a lot of home state talent on this team.”