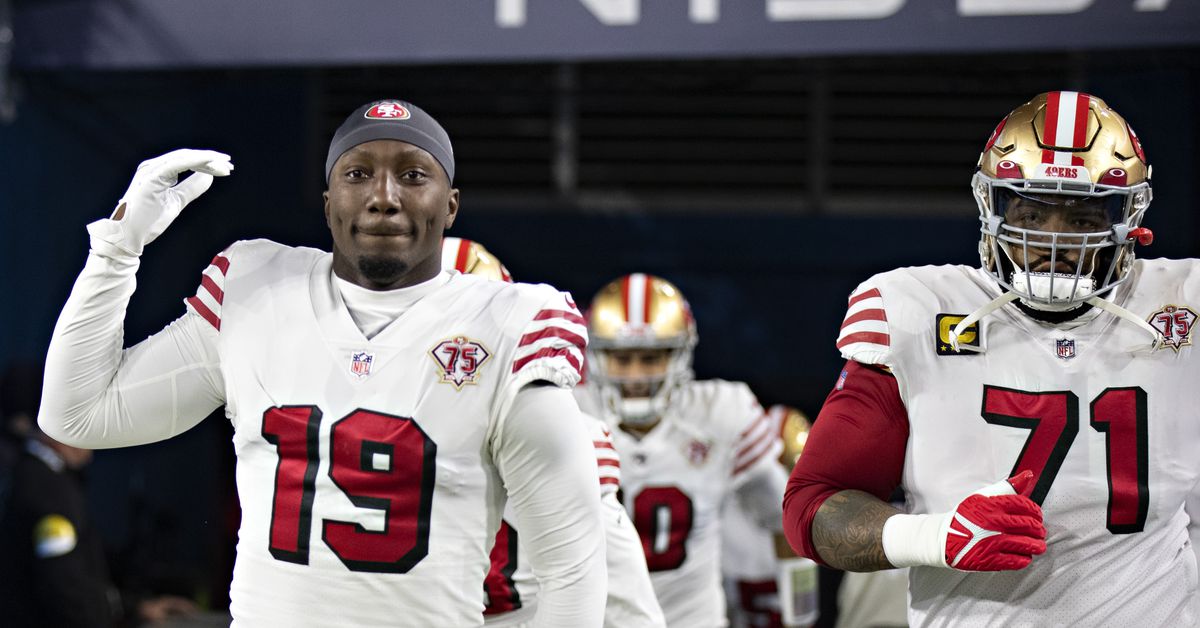 Where there is smoke, there is fire. And, in Deebo Samuel’s case, more and more reports are surfacing that the All-Pro wide receiver could be on the move as we head into the NFL Draft Thursday.

Everyone says that Kyle Shanahan would like to keep Deebo Samuel. But again, the feeling is what the Jets are offering, as they say in The Godfather, the Jets will make an offer the Niners can’t refuse.

That’s the word in league circles tonight. Within the league, executives feel that the No. 10 pick will go the San Francisco 49ers and Deebo Samuel will be a New York Jet.

Pauline hedged at the end by saying this deal isn’t 100 percent going to happen as he’s unclear about the timeframe.

We know the 49ers are listening to offers. We know that Deebo has dug his feet in and has requested a trade. Will the team honor his trade request? Well, if they receive a “Godfather” type of offer from a team like the Jets, it’d be difficult for San Francisco to turn the other cheek.

Whenever we discuss a potential Deebo trade, we act as if the conversation surrounding him is binary. Deebo’s value to the 49ers is through the roof, and we have 2021 to prove it. That can be true while acknowledging getting a package of picks — let’s use the Jets — that includes 10 and 35, not to mention whatever else New York offers, would be insane to turn down.

At 10, you could draft a potential edge rusher, come back in the second round, and take a wideout that falls, or a safety, or a center. The options are endless, and you have the potential of three high draft picks on rookie deals for the next four years.

The money you would have used to extend Samuel could be used on a player like Jessie Bates or Jordan Poyer if you miss out on a safety. Or, you could also get aggressive in-season and make a trade. The options are endless.

Does this put more pressure on Kyle Shanahan and Trey Lance? Unequivocally. Good luck getting over 1,700 yards from scrimmage from anybody on the roster at wideout next year, let alone a rookie—still, financials matter. You still have Brandon Aiyuk and George Kittle. In theory, a Day 2 wide receiver should contribute right away.

We can talk in circles about Deebo getting traded until it happens. We have a survey coming later on Wednesday about Samuel’s potential trade value and what you’d be willing to accept for Samuel in a deal.

ESPN’s Jeremy Fowler and Dan Graziano published some last-minute rumors and had this to say about Deebo:

49ers wide receiver Deebo Samuel recently requested a trade, and most people in the league consider the Jets the front-runners, though even some interested teams don’t expect the 49ers to move off Samuel in the short term. Multiple teams are calling, and it’s believed San Francisco is at least listening. I’m told the Lions and Packers also have interest. As one source pointed out, “It would take so much for Kyle [Shanahan] to trade him to Green Bay,” given the rivalry both in the NFC and between the two coaches, Shanahan and Matt LaFleur.

Samuel is the only big-name receiver who seems like a threat to be dealt.

The Packers would have to send both first-rounders and then some. Shanahan knows the Packers would stand in the 49ers’ way of a Super Bowl with or without Deebo. That’s been the case every year. He wouldn’t sleep at night knowing #19 was catching passes from his friend Matt and an all-everything QB in Aaron Rodgers.

You get the sense that if a move is made, it’ll happen at some point on Wednesday.