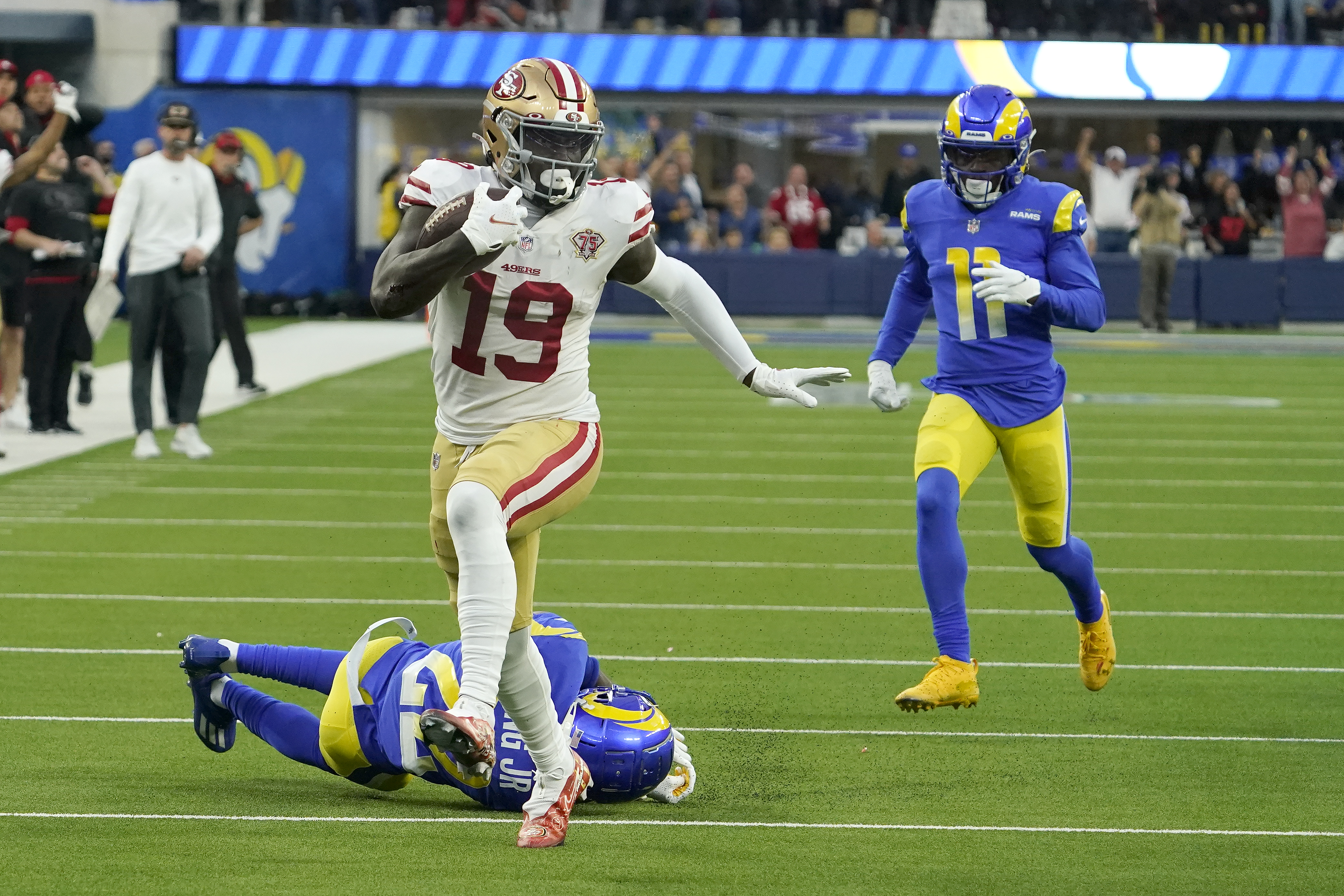 With two of the top 13 picks in the 2022 NFL draft, the Houston Texans could make a big splash in the trade market before the event, which begins April 28 in Las Vegas.

Per The Athletic’s Tim Kawakami, the Texans are a “team to watch” amid buzz that Deebo Samuel wants to be traded by the San Francisco 49ers.

ESPN’s Jeff Darlington reported Wednesday that Samuel has asked the 49ers for a trade.

The offseason saga between Samuel and the 49ers has been unusual, to say the least. He scrubbed virtually any mention of the team from his Instagram page earlier this month.

Speaking on Tuesday’s episode of NFL Live (h/t Wilton Jackson of SI.com), ESPN’s Adam Schefter said the 49ers were “ready” to pay Samuel what he wanted in a new contract.

“Deebo Samuel is the one who has put a halt to everything for right now,” Schefter added.

Darlington noted that Samuel didn’t offer specifics on why he requested a trade.

San Francisco general manager John Lynch told reporters in February that the team had budgeted for extensions for Samuel and Nick Bosa, who is also eligible to sign a long-term deal this offseason.

The market for wide receivers has been altered significantly since Lynch made those comments. Davante Adams and Tyreek Hill signed the richest receiver deals in NFL history after being traded to the Las Vegas Raiders and Miami Dolphins, respectively.

Samuel has been an essential part of the 49ers offense since being drafted in the second round in 2019. The 26-year-old led the NFL with 18.2 yards per reception in 2021. He also set career highs with 1,405 receiving yards, 365 rushing yards and 14 total touchdowns.

The Texans own the Nos. 3 and 13 picks in the first round of the 2022 NFL draft. They also have multiple first-round picks in 2023 and 2024 stemming from the Deshaun Watson trade with the Cleveland Browns in March.