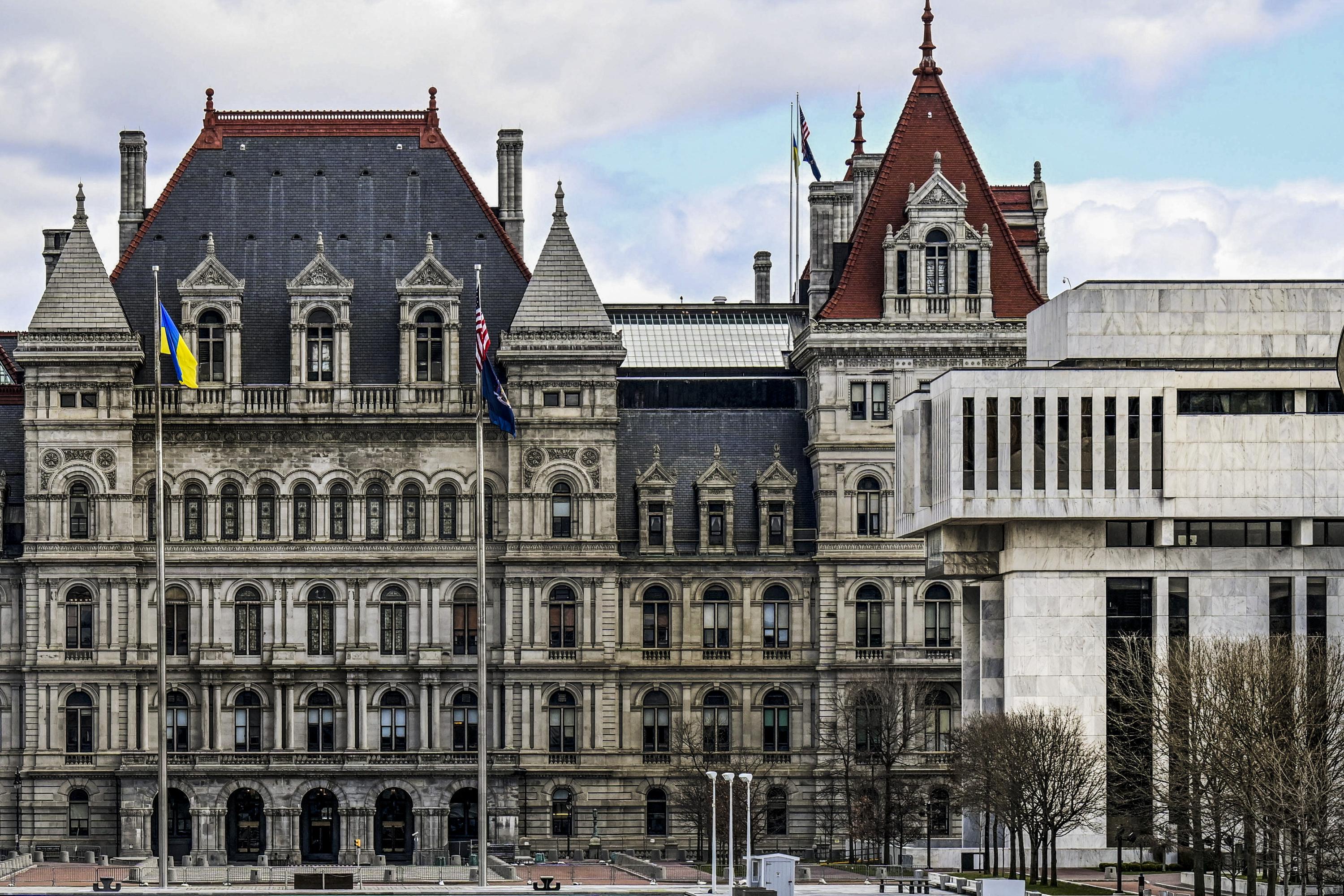 The decision may delay New York’s primary elections by as much as two months and is likely a hammer-blow to Democrats’ national redistricting hopes, which leaned heavily on their ability to gerrymander New York state to maximize the number of seats they could win in the US House of Representatives.

The state’s Court of Appeals said the Democratic-led Legislature lacked the authority to redraw congressional and state Senate maps after an independent redistricting commission charged with crafting new maps failed to reach a consensus.

The judges also said lawmakers gerrymandered the congressional maps to Democrats’ favor, in violation of a 2014 constitutional amendment designed to rout out political gamesmanship in redistricting.

The Appeals Court handed authority to draw new district maps to an expert, known as a special court master, instead of the Legislature.

“Prompt judicial intervention is both necessary and appropriate to guarantee the People’s right to a free and fair election,” said the court’s opinion, written by Chief Judge Janet DiFiore.

The ruling didn’t specify a deadline for the adoption of new maps. But the judges said they were sending the matter to a lower state court, which “shall adopt constitutional maps with all due haste.”

It will “likely be necessary,” DiFiore wrote, to move the congressional and state Senate primary elections from June 28 to August, to give time for the maps to be redrawn and for candidates and elections officials to adapt their plans.

The state elections board said it didn’t anticipate that the primary date would change for other races, including governor and assembly.

The decision comes as a major blow to Democrats in their struggle to prevent Republicans from retaking control of the US House.

Because of new population data from the 2020 census, New York is set to lose one seat in Congress in 2021. The maps devised by the Legislature would have given Democrats a strong majority of registered voters in 22 of the state’s 26 congressional districts. Right now, Republicans currently hold eight of the state’s 27 seats.

Democrats hoped a redistricting map favorable to their party in New York might help offset expected losses in other states where Republicans control state government.

“While we are disappointed with the Court’s ruling, we remain confident in Democratic victories up and down the ballot this November,” said Jay Jacobs, the chairman of the New York Democratic Party.

Train New York Republican Rep. John Faso called it a “landmark decision” and told reporters on a call Wednesday evening that the ruling is a signal to future legislatures to follow the letter of the state’s vote-approved redistricting law.

“It’ll force bipartisan cooperation and that’s what the people voted for,” he said.

Under a process passed by voters in 2014, New York’s new district maps were supposed to have been drawn by an independent commission. But that body, made up of equal numbers of Democrats and Republicans, couldn’t agree on one set of maps. The Democratic-controlled Legislature then stepped in and created its own maps, quickly signed into law by Gov. Kathy Hochul, at Democrat.

The appeals court, made up of judges appointed entirely by Democratic governors, sided with the Republican plaintiffs who argued the Legislature sidestepped the process set forth in the 2014 reforms, including a provision in the state constitution barring the redrawing of districts for partisan gain.

“The legislature responded by creating and enacting maps in a nontransparent manner controlled exclusively by the dominant political party — doing exactly what they would have done had the 2014 constitutional reforms never been passed,” DiFiore wrote.

Four out of seven judges on the Court of Appeals joined in the majority opinion, with a fifth agreeing that the Senate and congressional maps were unconstitutional on procedural grounds.

Attorneys for Democrats argued the Legislature was legally allowed to craft its own maps when the redistricting commission failed to reach a consensus. Democrats also said their maps reflected population shifts and united similar geographic and cultural communities, split apart by earlier rounds of gerrymandering.

But the judges took Democrats to task for crafting maps that reduced the number of competitive districts, and for asking the court to essentially “nullify” the 2014 reforms.

In the majority opinion, DiFiore said upholding the tainted process would only encourage partisans involved in the Independent Redistricting Commission process to avoid consensus in the future, too, “thereby permitting the legislature to step in and create new maps merely by engineering a stalemate at any stage of the IRC process.”

Two lower-level courts had also ruled the maps were unconstitutional and gave the Legislature an April 30 deadline to draw new maps or else leave the task to a court-appointed expert. That deadline has now been set aside.

In the meantime, candidates have already begun campaigning in the new districts, despite being unsure whether those districts will still exist by the time voting begins.