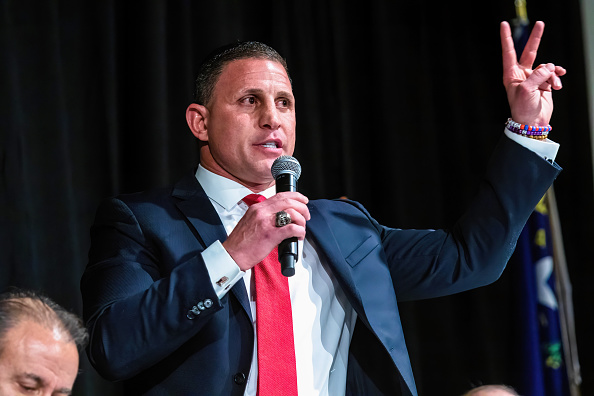 With 85% of the vote counted as of Wednesday afternoon, Lombardo led Gilbert 38% to 28%. Lombardo easily carried Clark County, solidifying his win, which the Associated Press called just after midnight. Lombardo will face Democratic Gov. Steve Sisolak in November.

Gilbert, a northern Nevada attorney and former boxer, wrote in several Facebook posts that he was questioning the integrity of the results. The state party endorsed Gilbert as its candidate though former President Donald Trump endorsed Lombardo.

“Aside from any election ‘results,’ I just want to say thank you to everyone who has supported me and this campaign,” Gilbert wrote.

Earlier in the night, Gilbert posted, “I smell a lawsuit because this stinks” and “I will concede nothing. No one likes No Show Joe and he absolutely is not beating me, and will not beat me in a fair fight/race.”

During a debate on 8 News Now last month, Gilbert questioned the 1 October shooting investigation, alleging Lombardo did not correctly handle it. Debate rules allowed Lombardo to respond. He said money was set aside for victims, and the entire investigation has been posted on the Las Vegas Metropolitan Police Department’s website.

Speaking with a reporter from the Las Vegas Review-Journal, state GOP chairman Michael McDonald said there was no indication of any fraud in Tuesday’s election, though the party cited widespread fraud in 2020.

The House committee investigating the US Capitol insurrection subpoenaed McDonald for falsely trying to declare Trump the winner of the 2020 election. The 8 News Now I-Team reported the Nevada Republican Party’s six electors signed documents in support of Trump “in a symbolic ceremony devoid of any legal merit.”

Representatives for Gilbert’s campaign and the state party responded to requests for comment.

State law requires a recount to begin within five days of a request and be completed within five additional days. If the losing candidate is shown to have won after the recount, he or she will get their money back, state law says.