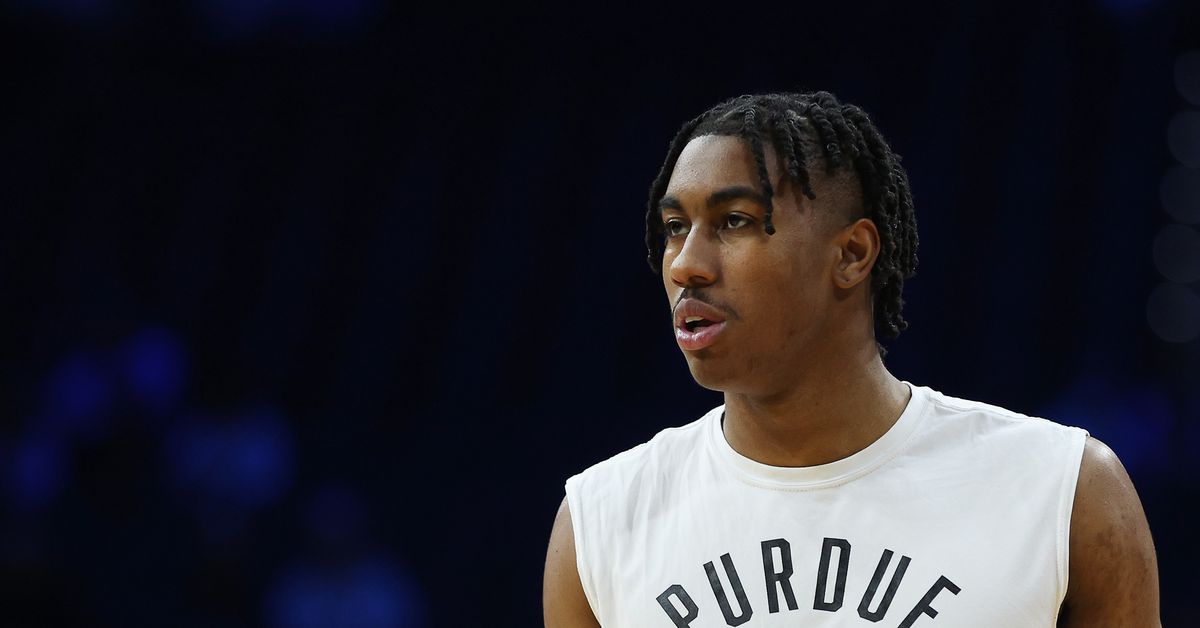 The NBA Draft is one week away, and between now and then you will hear approximately 7,000 rumors involving the Detroit Pistons that make varying degrees of sense. Even the ones rooted in truth likely will not happen.

I say all of that to prep you for the latest rumor involving the Detroit Pistons — the team is one of several engaging with the Sacramento Kings in an effort to move up to the fourth spot in the NBA Draft with the intention of drafting Jaden Ivey.

This rumor comes from Adrian Wojnarowskiand say what you want about Woj and his bombs, when he reports something it is worth engaging with seriously.

Look, I’m not a Jaden Ivey guy. But plenty of people are, including smart draft evaluators who I respect. Enough believe Ivey is secretly the top player in the draft or at least among the top three, that I would not be surprised in the least if Pistons General Manager fell into this pro-Ivey camp.

I don’t think Ivey is a point guard, despite how Woj describes him in this clip, and I fear his lack of natural passing instincts and inside game. The explosive first step is certainly there, but it didn’t translate into dominance on offense or even a prolific season in the paint.

That being said, that level of athleticism is special, and could make things easy for Ivey as he transitions out of a packed-in college game and in the wide open spaces of the NBA. Ivey certainly seems like a player who would make himself available, and we know Cade Cunningham can make high-level passes to teammates who make themselves available.

So maybe it’s a match made in heaven. But again, I’m just not a true believer.

With so many teams allegedly hot for Ivey and engaging with Sacramento — the Pistons, Pacers, Knicks, Wizards — the asking price is “significant,” per Woj.

It’s known that the Kings are looking to add a quality veteran in its likely fruitless hope of making the playoffs. In Detroit that means the conversation starts with Jerami Grant. Would giving up Grant be worth moving up one spot in the draft and getting the player you want? If you truly think Ivey is in a significantly higher tier than the Keegan Murrays and Bennedict Mathurins of the world then the answer is yes.

But if it truly becomes a bidding war then the Pistons would likely be asked to surrender even more assets. That I just don’t find possible. Detroit is not in position to sacrifice young pieces, and they are limited in handing over future first-round picks.

If the Kings do swing a deal, I’d wager it doesn’t get completed with the Pistons. Only one week to go and we can finally put all the rumors to rest and see what the Pistons actually do on draft night.