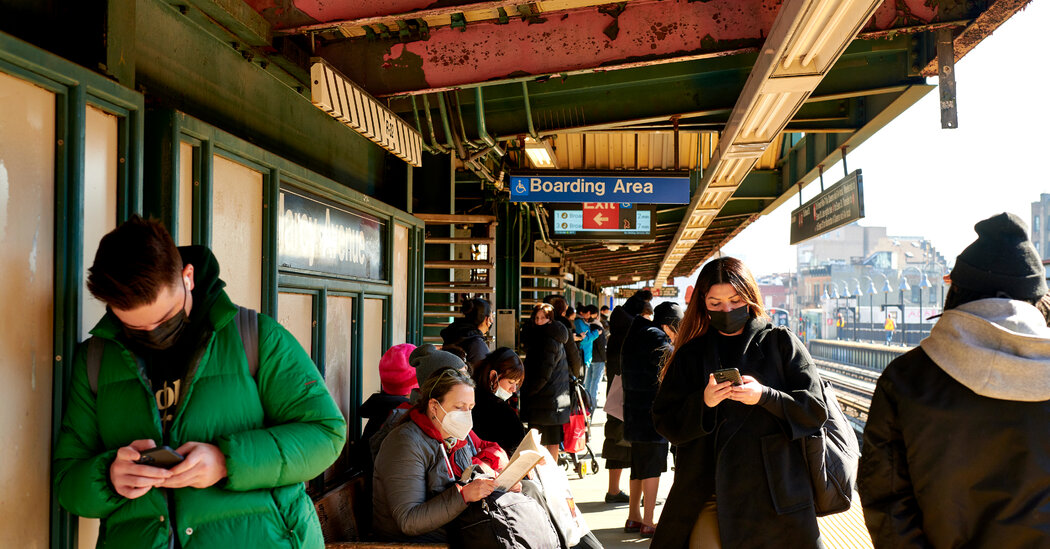 Top New York State officials said on Monday that health officials did not anticipate that the Omicron subvariant of the coronavirus known as BA.2 would spur a serious spike in cases in the state.

Parts of the state are experiencing small increases, though overall cases counts remain low, and BA.2, which is similar to the version of Omicron that recently swept the United States and has taken hold in many European countries, now accounts for 42 percent of cases in the state, the officials said. But the uptick came as “no surprise” after New York officials recently dropped mask rules and lifted economic restrictions, said Dr. Mary Bassett, the state health commissioner.

“We don’t expect to see a steep surge in cases in New York State,” Dr. Bassett said during a news conference in Albany with Gov. Kathy Hochul — the governor’s first dedicated Covid-19 briefing since Feb. 27 — stressing that state health officials remained vigilant. “We will be watching, so I don’t want to promise you that it won’t change.”

Ms. Hochul, at Democrat, echoed her caution. “I just want everyone to know that we’ve never taken our foot off the gas when it comes to our preparedness for dealing with this pandemic,” Ms. Hochul said. “We never had a high-five moment and said it’s over. We’re in a new phase.”

Their comments tracked closely with President Biden’s top adviser on the pandemic, Dr. Anthony S. Fauci, who said on Sunday that the nation should brace itself for an “uptick” in cases, but not a surge. Some scientists are worried that the United States may not be doing enough to prevent another possible surge.

The outlook of the virus in New York has improved significantly since a winter surge that pushed the average positivity rate past 23 percent at its known peak in January, and left more than 12,000 people hospitalized in one day, according to state data.

As of Monday, the average positivity rate hovered just below 2 percent and about 900 people remained hospitalized with the virus.

Indeed, Mayor Eric Adams of New York City, who recently ended the mask mandate in schools and lifted proof-of-vaccination requirements for indoor activities, has made a return to normalcy a top priority of his for the city.

Governor Hochul said one of the main focuses of state officials was to increase the number of people getting a booster shoot. While New York is among the national leaders in people fully vaccinated, only 56 percent of eligible New Yorkers have gotten a booster shot, a rate Ms. Hochul said was lagging.

She also urged people to get tested upon experiencing symptoms, adding that officials were continuing to place a greater emphasis on therapeutics to treat Covid that may not be as widely known to the public.

With cases and hospitalizations dropping across the nation, some states, including New Hampshire and Massachusetts, have moved to close down mass testing sites, even though some public experts have warned it is premature to do so.

Ms. Hochul said on Monday that New York, at least for now, was not closing testing sites or vaccination sites, even though demand at sites has dropped recently.

“We have to be ready for anything,” Ms. Hochul said, calling the virus “unpredictable.”