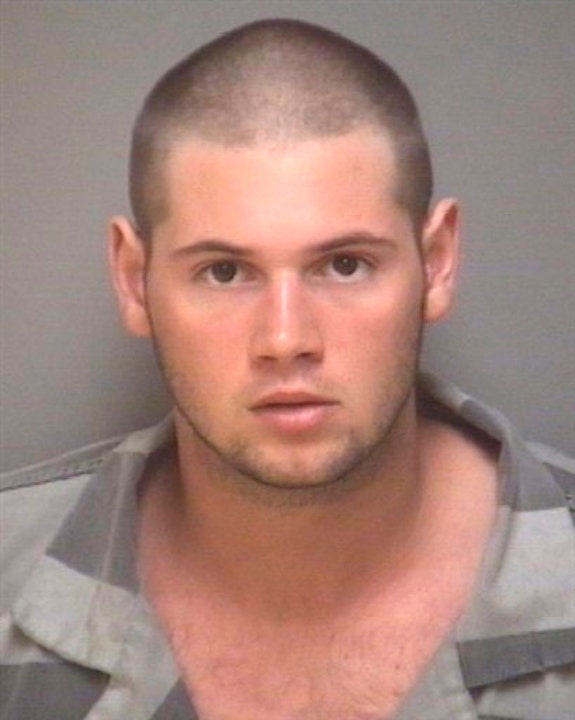 Murdered University of Virginia lacrosse player Yeardley Love had a “rocky relationship” with her “party animal” boyfriend, George Huguely V, before he killed her in 2010, a lawyer representing Love’s family in a wrongful death trial said, according to local reports.

Opening statements in the trial began Tuesday after Love’s mother, Sharon Love, filed a wrongful death lawsuit against Huguely — who was previously convicted in Yeardley Love’s murder in 2012 and is currently serving a 23-year sentence — seeking $29.5 million in compensatory damages and $1 million in punitive damages.

Police arrested George Huguely of Chevy Chase, Md. and charged him with first-degree murder in the death of Yeardley Love.
(AP)

Paul Bekman, a Love family lawyer, told a Charlottesville, Virginia, courtroom that Huguely, whom he described as a “party animal” and Love had a “rocky relationship” that lasted about two years but was plagued by Huguely’s heavy drinking and abuse, according to WRC-TV.

Bekman presented photos during the trial showing the scene of Love’s murder in which she lay dead on her bedroom floor with bruising and blood on her face, as well as marks on her shoulder and neck, the outlet reported.

“She died as a result of a vicious and brutal beating,” Bekman said during his opening statements.

Matthew Green, attorney for Huguely, now age 34, did not deny that Huguely assaulted Love and that her family is owed compensatory damages but said his actions did not entail the “willful and wanton” conduct necessary to provide punitive damages, according to WRC -TV.

Funeral for Yeardley Love t the Cathedral of Mary Our Queen on May 8, 2010 in Baltimore, Md.
(Ricky Carioti/The Washington Post)

Green argued that his client did not intentionally kill Love. After an evening of heavy drinking on the day he killed Love, Huguely told police that he had gone to her room to talk to her, but that escalated into an argument. Love’s head apparently hit the wall during the argument, but when he left her room, he said she only had a bloody nose. By the next morning, Love’s roommates found her dead, WRC-TV reported.

A videotaped interview from 2010 shows that when police called Huguely in for questioning and informed the then-suspect that Love was dead, “he just doesn’t believe it,” Green said Tuesday.

“It’s clear he had no understanding a fatal event had happened,” the attorney said, according to WRC-TV, adding later that “justice has been done.”