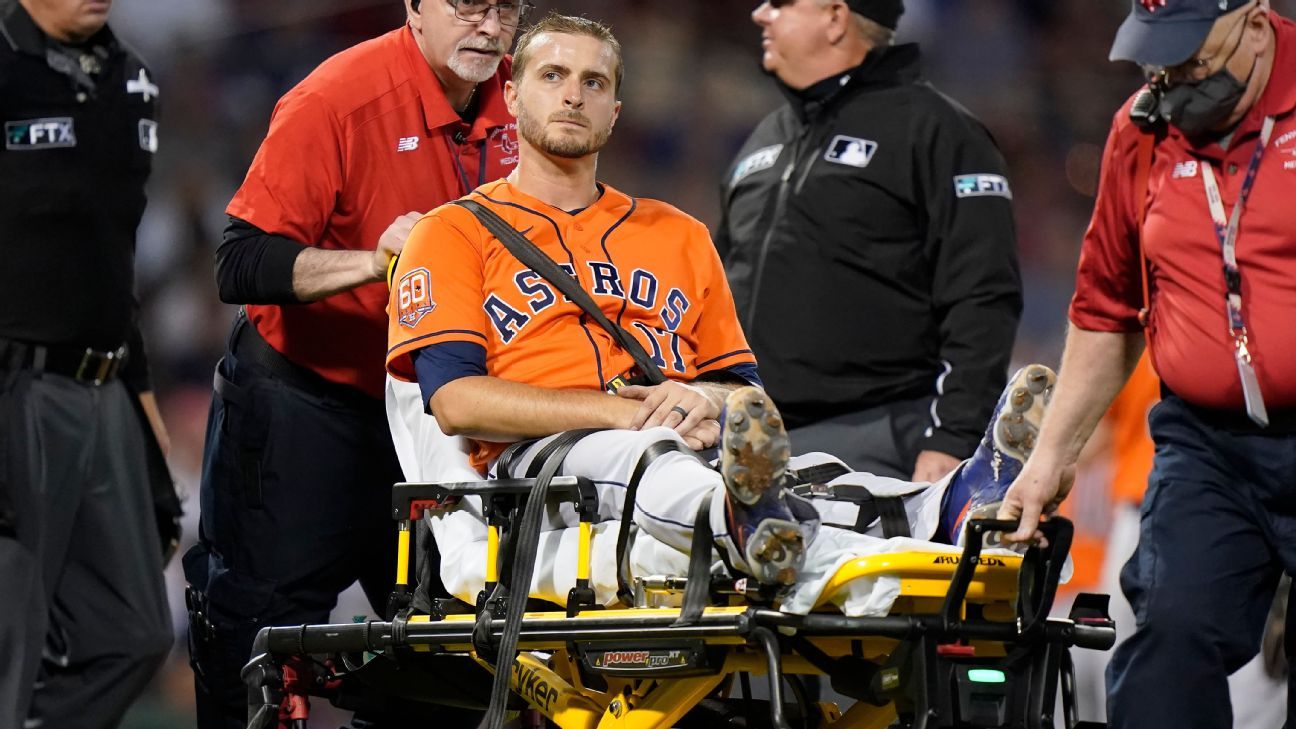 BOSTON — Houston Astros pitcher Jake Odorizzi says an MRI on his left leg showed damage that will sideline him for an indefinite period, but he added he felt fortunate an injury at Fenway Park this week wasn’t worse.

Odorizzi heard a pop in his left ankle during Monday night’s start against Boston that caused him to collapse after throwing a pitch. The 32-year-old right-hander feared a serious setback with the Achilles tendon.

Odorizzi was stretched off the field in the fifth inning of the 6-3 loss after the injury and was put on the 15-day injured list Tuesday. Right-hander Seth Martinez was recalled from Triple-A Sugar Land to take his place on the active roster. Martinez pitched in relief Tuesday night during Houston’s 13-4 win, allowing one hit over three scoreless innings.

Odorizzi said an MRI revealed some damage to tendons and ligaments but not the Achilles tendon. He said the current plan calls for pain management, rehab to improve range of motion and strengthening.

There is no set timeline for his return.

“I think the stretcher made it worse than it actually was,” Odorizzi told reporters prior to Wednesday’s series finale with the Red Sox. “It was just a quick, loud pop. I heard it and felt it, so I kind of thought it was the worst-case scenario.”

Avoiding what would have been a season-ending injury was as positive an outcome as he could have hoped for, he said.

“We got imaging done yesterday and it came back — there’s no damage to my Achilles, so that’s really the main takeaway. There’s some other damage in there, but not on the Achilles itself,” Odorizzi said. “We avoided that, and I’d say it’s the best-case scenario at that point.”