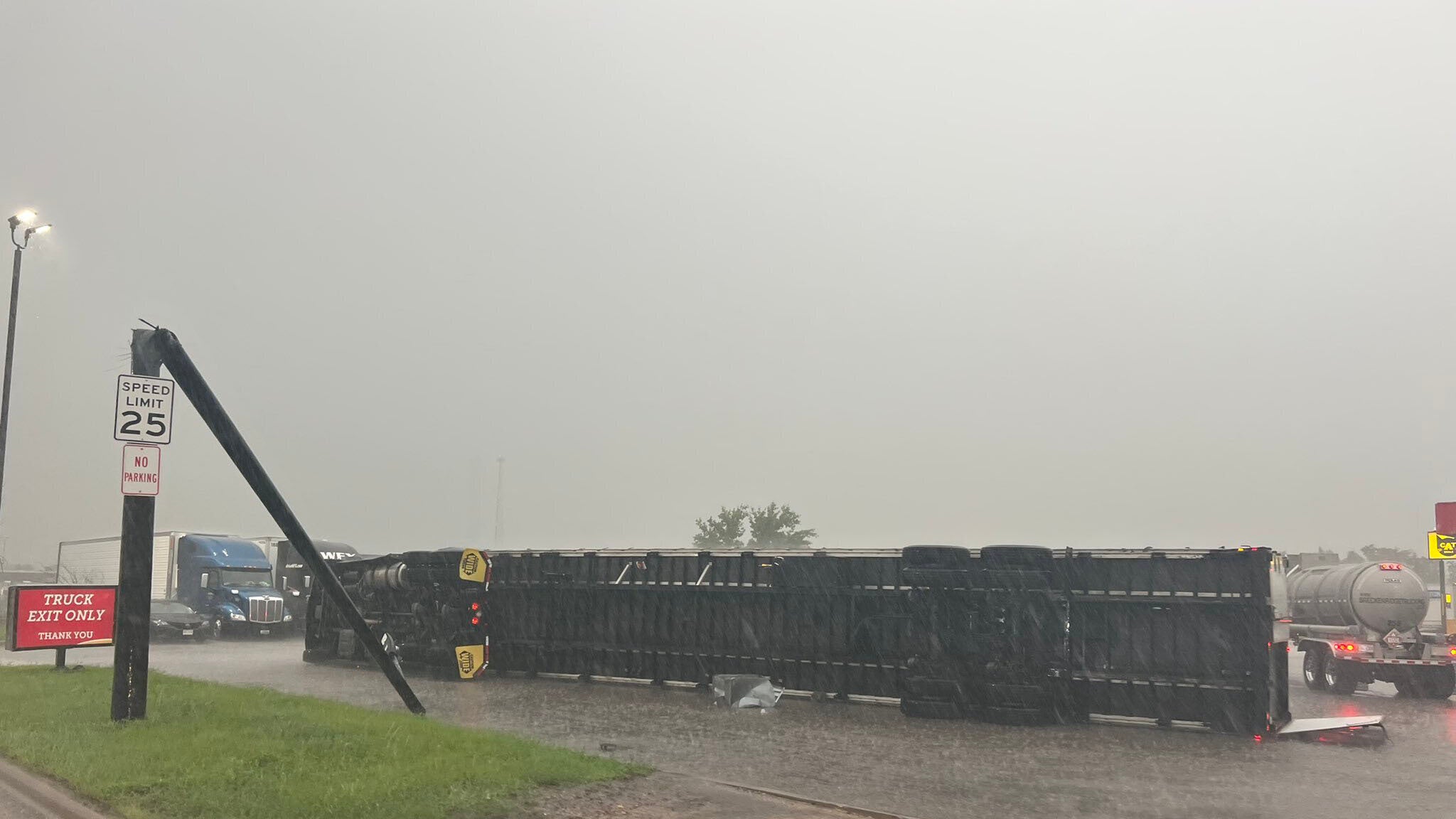 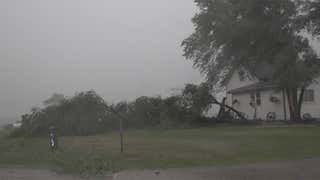 More than 100,000 homes and businesses were without power, large trees snapped and buildings damaged after at least one tornado hit down Wednesday evening in Central Wisconsin.

The scope of the damage wasn’t yet clear, but there were no immediate reports of injuries or deaths. A hospital was impacted, trailers flipped over and roofs blown off in the town of Mauston in Juneau County, about 60 miles east of La Crosse.

There were also multiple reports of high winds.

Officials with the hospital, Mile Bluff Medical Center, said in a social media post that there was damage to trees and vehicles on hospital grounds and minor damage to the facility.

“Patients, residents and staff members were sheltered safely during the brunt of the storm,” the post said, at around 7 pm CDT. “We are currently running on backup power, which allows us to safely care for all patients and residents who are currently in our facility.”

Those details came after a previous update from the city.

“There is most definitely tornado damage here in Mauston,” the city said in a Facebook post around 6 pm CDT. “Our first responders and emergency response personnel are busy responding to emergencies and assessing the extent of the damage. We have not heard of any injuries or deaths at this time.”

Mauston City Administrator Randy Reeg told The Weather Channel that the city is asking that people not go out to see the damage right now.

“We just hope people can refrain from that at this point in time so we can just get the work done and get everyone safe again,” Reeg said.

Reeg said residents of a nearby mobile home park took shelter in City Hall during the storm.

More than 111,000 homes and businesses were without power as of about 8 pm CDT, according to PowerOutage.us.

The National Weather Service in La Crosse said a tornado was on the ground in nearby Monroe County near the community of Tomah shortly after 4 pm CDT. Power lines and large trees were down in the area and there was damage to at least one structure.

The tornado passed near or over the Interstate 90/94 interchange in the same area. Video from there showed at least two semis on their side but if wasn’t clear if they were blown over or involved in a crash. The state’s road conditions website said debris was blocking part of the roadway and eastbound lanes were closed in one section in Monroe County.

The severe weather will continue to move east. On Thursday, severe storms with damaging winds could affect areas from western New York southward into the central Appalachians. An isolated tornado or two is also possible.

The storms come amid a scorching heat wave that’s gripping the Upper Midwest and on the heels of severe weather Monday that included a rare double derecho.

Derechoes are thunderstorm complexes that produce concentrated wind damage and/or high wind reports over a distance of at least 250 miles.

Monday’s storms hit parts of Wisconsin, Ohio, West Virginia, Virginia, Michigan and Indiana. Many of those areas, especially Ohio, were still dealing with widespread power outages caused by the derechoes and the heat combined.

The Weather Company’s primary journalistic mission is to report on breaking weather news, the environment and the importance of science to our lives. This story does not necessarily represent the position of our parent company, IBM.