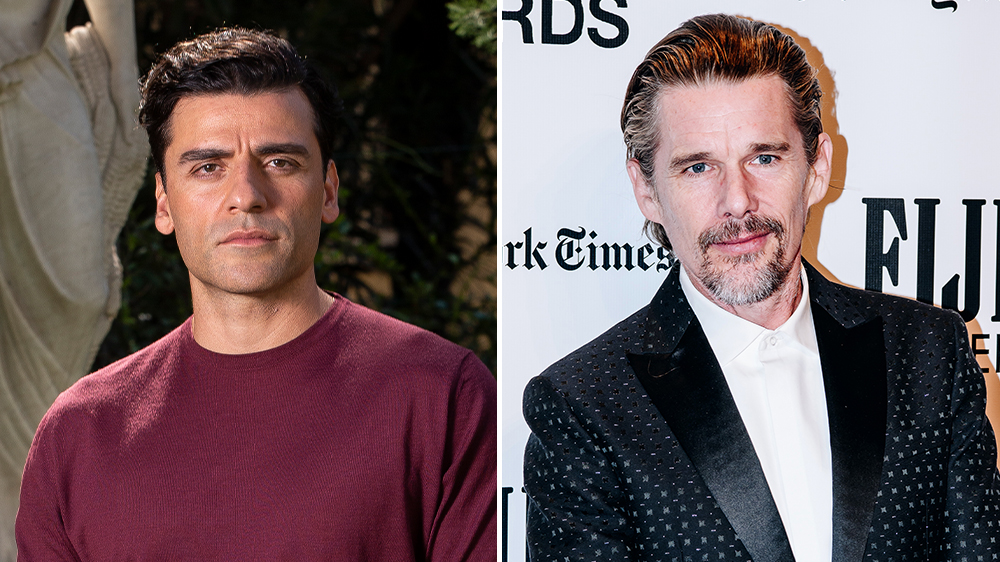 On Tuesday, employees of the Walt Disney Company rallied in person and online in protest of the company’s response to a raft of anti-LGBTQ legislation that have either passed or are in the works in several state legislatures across the country. Some Disney employees, however, still had to work, especially those promoting “Moon Knight,” the latest Marvel Studios series to debut on Disney Plus.

That did not stop the two stars of the series, Oscar Isaac and Ethan Hawke, from speaking out on the topic.

“It’s an absolutely ridiculous law,” Isaac continued, speaking specifically about the “Don’t Say Gay” law that passed in Florida that prohibits instruction regarding gender identity and sexual orientation. “It’s crazy. It’s insanity. And I hope that Disney as a company comes out as forcefully as possible against this idea. It’s astounding that it even exists in this country.”

While Hawke did not address the specifics of the legislation and the controversy surrounding Disney’s response to it — “I’m not educated about it” — he did offer insight on the importance of LGBTQ visibility in popular culture.

“My life’s work is dedicated to creating empathy,” Hawke said. “I feel the power of stories that we tell each other. If you tell the truth about human experience, you invite empathy. And the more places we shine light, the less dark places there are, and there’s less to be afraid of. And the more we understand each other’s experiences, the more humanity we find in them, and the better we all actually feel. So that’s my job, and that’s what I believe in.”

Other A-listers have spoken out in support of the Disney employee protests via social media. Larry Wilmore posted a photo of himself, producer Pilar Savone, actor Kerry Washington, and writer Raamla Mohamed from set.

We’re taking the time today on set to stand in solidarity with the LGBTQIA+ employees of Disney. We’re all in this together!! pic.twitter.com/HILTLTWLt4

Washington also tweeted a statement supporting Disney’s “LGBTQIA+ employees … and I stand with them in this walk out today.” She also said, “I don’t condone the actions or inactions of Disney in this moment.”

Standing proud and in solidarity with our LBGTQIA+ family! #SayGay #DisneyWalkout https://t.co/DdYsOVFxw9