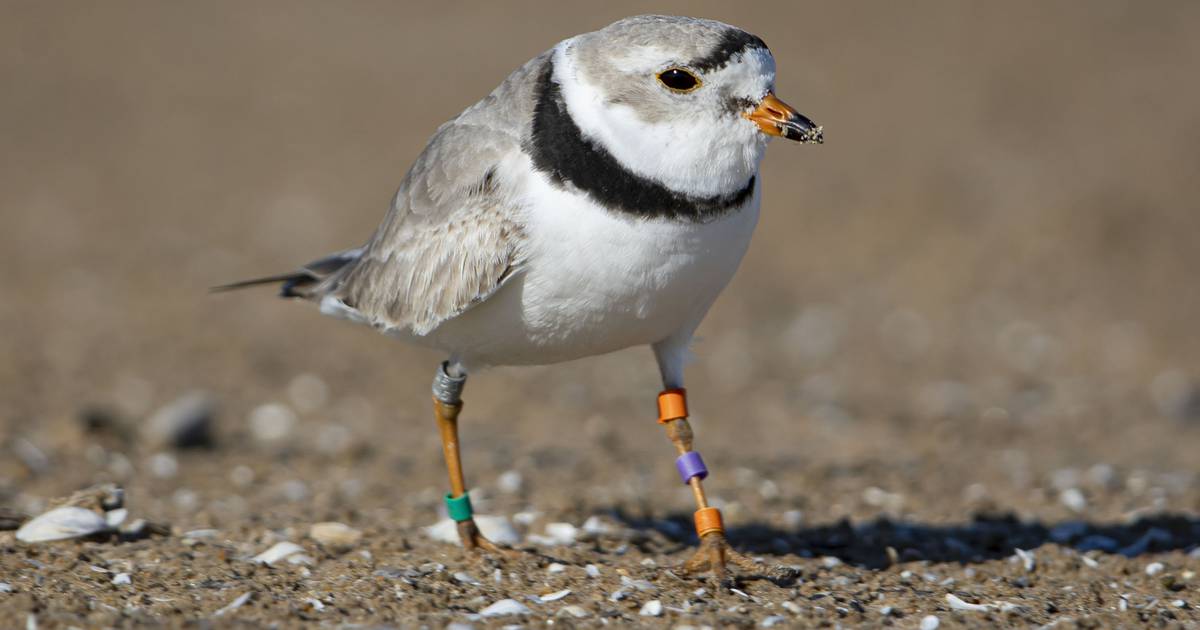 Monty, one half of a pair of beloved piping plovers that spent recent summers along the Lake Michigan shoreline in Chicago, died Friday at Montrose Beach, officials said.

“It is with great sadness that we confirm the passing of Monty, one of the Montrose Beach piping plovers,” said Irene Tostado, of the Chicago Park District.

“He was observed gasping for air before dropping and passing away,” said Itani.

Monty captured the city’s heart when he and Rose, Great Lakes piping plovers, three years ago became the first of the endangered shorebirds to nest successfully in Chicago in decades.

The love birds, individually weighing less than a stick of butter, went on to break records, fledge chicks and serve as symbols for a city as hopeful and hardscrabble birds who picked an urban beach to save their species.

“It’s a comeback story because they went way down in population and then they came back. It’s a great story of conservation,” Patricia O’Donnell, a monitor for the plovers, said earlier. “But I got to tell you—it’s a love story.”

Monty was taken to Lincoln Park Zoo, where he will be tested. Results are expected in about a week, according to Itani.

We are saddened to share that today Monty passed away unexpectedly.
We will share more as we learn more.

Another message was posted by the Chicago Ornithological Society: “We are shocked and saddened to report that Monty the Piping Plover is no longer with us. We do not know as of yet what happened, but he is currently being evaluated by professionals.”

We are shocked and saddened to report that Monty the Piping Plover is no longer with us. We do not know as of yet what happened, but he is currently being evaluated by professionals. Further information will be shared as it becomes available. https://t.co/kJ6xlSHh8j

[ Piping plovers in Chicago: How the ‘love story’ between Monty and Rose unfolded at Montrose Beach ]

Monty had returned to Chicago last month, for his fourth summer.

[ Piping plovers in Chicago: How the ‘love story’ between Monty and Rose unfolded at Montrose Beach ]

“Monty and Rose captured our hearts in a way very few beings do,” Itani said Friday. “Monty will be very sorely missed.”