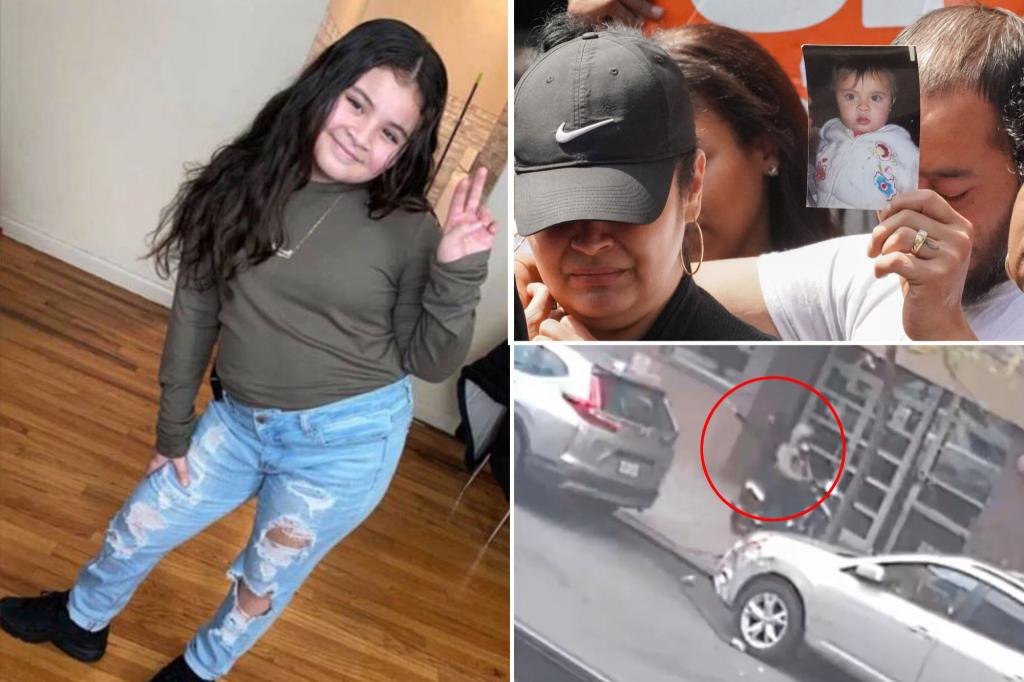 The heartbroken mother of 11-year-old Kyhara Tay — an innocent bystander gunned down by another kid — told The Post she did not care to know the identity of her daughter’s deadly teen assailant.

She already had one for him.

“I don’t want to know his name, his name is killer, he’s a killer,” Yahisha Gomez said outside the family’s Bronx apartment Saturday afternoon.

The suspect, Matthew Godwin, 15 was arrested early Friday for the broad daylight murder of Kyhara, who was killed by a stray bullet Monday as Godwin was allegedly targeting a 13-year-old boy, who was not hit.

Stepping out of her apartment Saturday, a grief-stricken Yahisha Gomez went to Kyhara’s memorial and touched the picture of her daughter. She said her husband is too distraught to speak.

Cops tracked Godwin to the Hotel 95 in the Harding Park area of ​​the Bronx, where the 15-year-old was hiding out with his mom, authorities said.

“I get it as a mother but as a mother we need to understand that what’s wrong is wrong. We gotta raise better kids, you know, responsible kids. This kid did this, she gotta be responsible as a mother, like, look, you gotta pay for what you did.”

Gomez said that if the roles were reversed and her son had been the killer, she would have “done the opposite” because “you gotta take responsibility for what you did, you know.”

She said the young gunmen have no regard for life.

Kyhara was outside a Bronx nail salon around 5 pm Monday when the bullet struck her in the stomach. The doomed child staggered into a nearby salon and collapsed.

First responders then rushed the girl to Lincoln Hospital, where she could not be saved.

Godwin was hit with charges of murder, manslaughter, and two counts of criminal possession of a weapon, all as an adult. Cops said they were still looking for the moped’s driver, 18-year-old Omar Bojang.

As for Godwin’s fate?