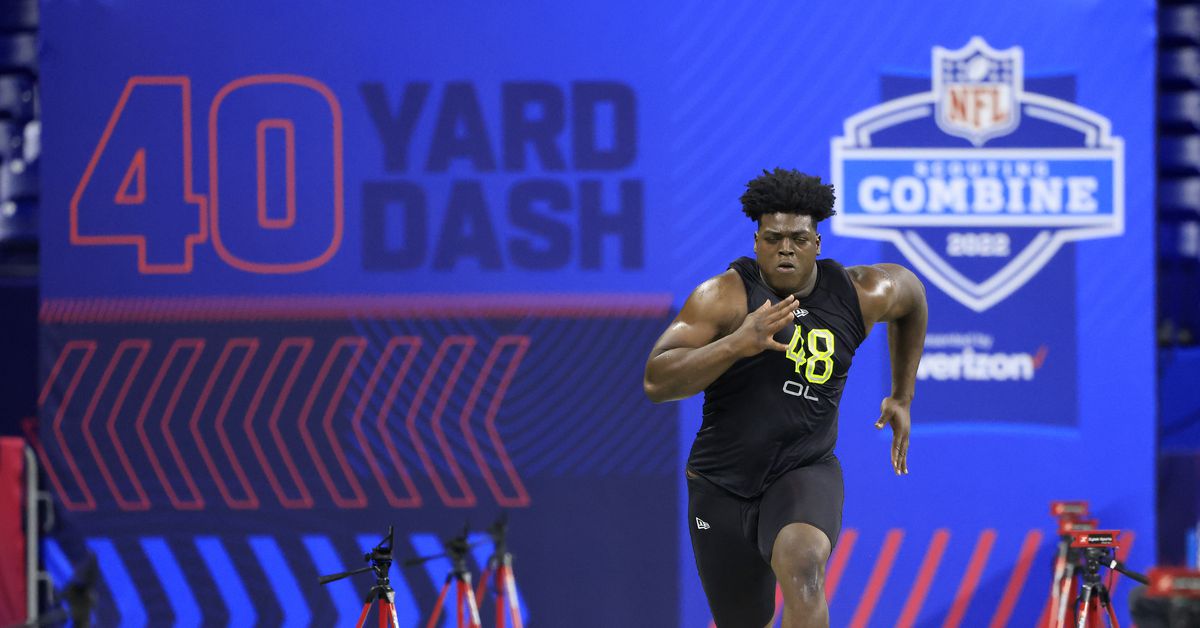 The latest mock draft from ESPN’s Todd McShay has the Chicago Bears addressing two needs with quality prospects while also moving back for an additional top 100 choice. With Chicago’s first pick in the second round, which is the 39th overall selection, McShay picked Tulsa offensive lineman Tyler Smith. “Protecting Fields should be high on the priority list, and Smith is the top tackle still on the board,” he writes. “He has franchise-tackle upside but will require time to get there.”

Smith played left tackle in college the last two years, and while he has the athleticism to stay there, some scouts feel a move inside to guard would benefit his aggressive nature. His on-field mean streak will no doubt endear him to Bears GM Ryan Poles, and if Smith is still on the board at 39 this is a pick I could certainly see Poles making.

For the Bears next selection (48 overall) McShay has them trading back with the Falcons to 58 while picking up a third rounder (82 overall), and he has Chicago snagging South Alabama wide receiver Jalen Tolbert.

“This is a little bit of a reach,” McShay writes, “but the Bears can’t leave Round 2 without a receiver, and Tolbert is smooth with the speed to make vertical plays and produce after the catch. His NFL route tree will take some time to develop, but he would be a high-upside pick. Remember, Allen Robinson II signed with the Rams, leaving Darnell Mooney atop the Bears’ depth chart.”

Tolbert is the 11th receiver off his board, and considering how deep this class of wide outs is there are other options that could be had here, or even in the third round if the Bears decide to double dip and really bolster the position.

The Bears coming out of their first two picks with o-line and receiver seems like a no-brainer, as does trading back with one of those second rounders, so I’d be good if this was the actual outcome.