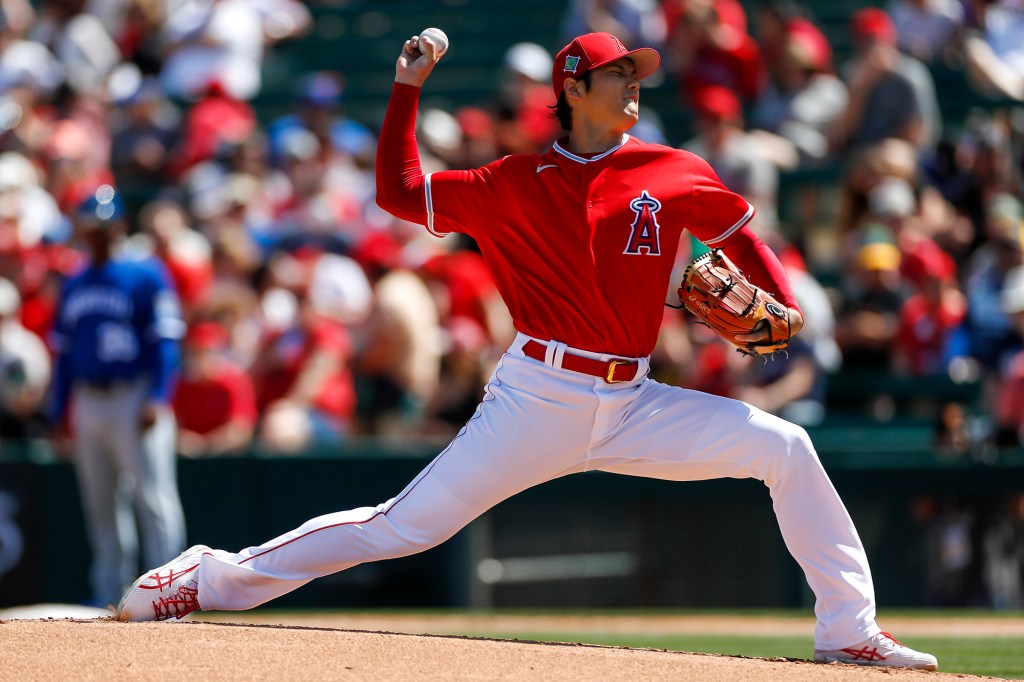 DUNEDIN, Fla. – MLB and the Players Association have reached an tentative agreement to expand rosters from 26 to 28 players through May 1 to compensate in some way for a 3 1/2-week spring training, The Post has learned.

In addition, the deal also essentially has a Shohei Ohtani rule with the designated hitter becoming universal in the new collective bargaining agreement. The new rule stipulates that if the starting pitcher is also hitting in the lineup, then that player remains as the DH even if he is pulled from the start. Thus, if Ohtani, say, pitched five innings, he would still hit through the entire game. This rule is for the life of the new CBA, not just for 2022 and the hope is to promote more two-way players.

The deal also includes a return to using the “ghost” runner in extra innings, but only for 2022. In addition, there will be no more seven-inning double-headers. There will be a return to nine-inning games in those situations.

MLB and the Players Association have reached agreement on all of these issues. MLB owners are scheduled to vote whether to ratify all of these edicts next week. It is expected to pass because just a simple majority of the 30 owners is needed.

The reason for the bulk of the changes is to try to better protect player health and safety. To that end, for the period rosters expand to 28, a team can have whatever number of pitchers it wants. The belief is that 3 1/2 weeks is not enough time to get arms, especially starters, fully stretched out. The rosters would return to 26 on May 2 and, at that time, teams would be able to have just 13 pitchers on the roster.

The extra-inning rule is probably the most controversial of the batch. It will just be in effect for 2022. It will again have a runner placed on second base to begin each extra inning as a way to create instant action and strategy and get to a resolution without playing long into extra innings.