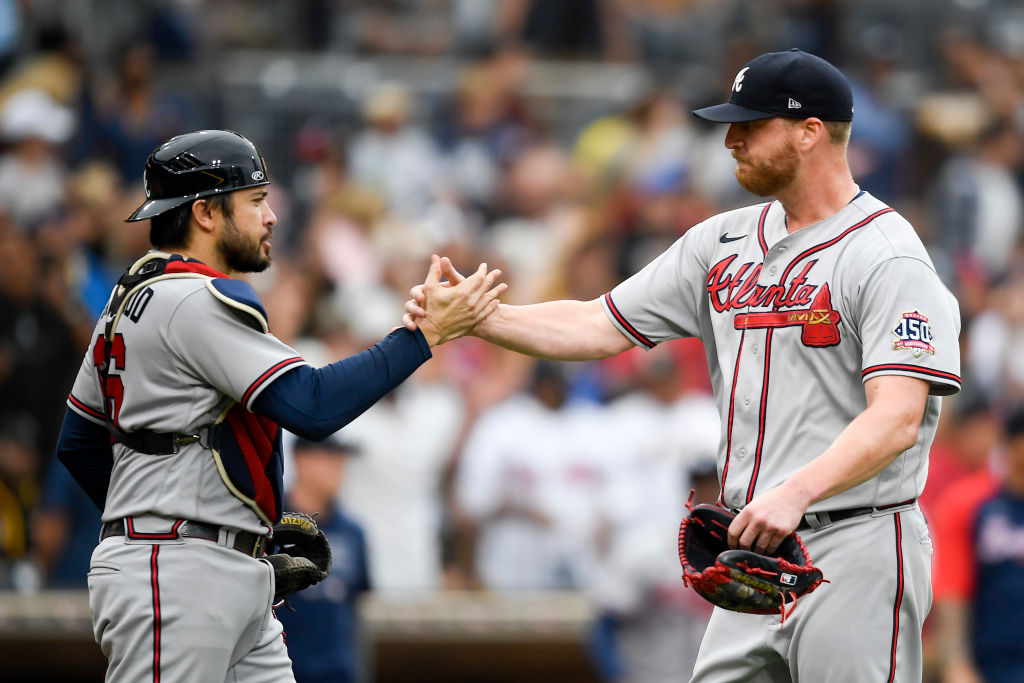 Basically every technological enhancement that has been applied to Major League Baseball games in recent years has been a flop. Replay review? One of the very worst parts of the sport. The ubiquitous K-Zone on broadcasts? Annoying. The torrent of useless Statcast information that we are constantly bombarded with? I’m sick of it. But today, at long last, it appears that we finally have a piece of tech that could make baseball games more enjoyable for everyone.

ESPN’s Buster Olney reported today that MLB will allow teams to start using a PitchCom device during regular-season games, which will allow the catcher to relay signs to the pitcher and infielders through a neat little gizmo that they can strap to their wrists. The gizmo comes with 12 buttons that correspond to various pitch types and locations; when the catcher pushes the buttons, the pitcher and up to three players in the field will receive an audio transmission, via receivers tucked into their caps, that will announce a particular pitch and location. Some teams have already been testing the doohickey in spring training games, and you can see it in action here:

It’s hard to see much of a downside to this bit of tech being adopted and widely used. It should cut down on the amount of time between pitches and thus speed up games, it will make it nearly impossible for any sort of sign-stealing to persist, and it should put an end to the occasional cross-up that leads to a catcher unexpectedly taking a fastball to the face mask. Even better than all of that, though, is how much more meaningful this system could make crowd noise. If pitchers are receiving audio cues the same way a quarterback receives play calls, then we could see scenarios in which a home crowd is so loud that the opposing pitcher can’t hear over the noise, and thus has to switch back to the standard signaling system in order to receive calls from his catcher.

Admit it, you get a little thrill every time you are watching an NFL game and the visiting offense has to switch over to a silent count because they can’t hear their own quarterback. It’s fun! And now that could happen in baseball, a sport which has previously been defined by its relatively sleepy in-stadium atmosphere. Whatever makes it more likely for the MLB fan experience to more closely resemble the KBO fan experience is good in my book.

I look forward to a future in which I will be watching an MLB playoff game and hear the play-by-play announcer say, “Ohh, look at this, Jim! They’re switching over to hand signs because Buehler can’t hear the calls over the crowd noise. This place is rockin’!” When this happens I will smile and say to myself, “Damn, that place really is rockin’.