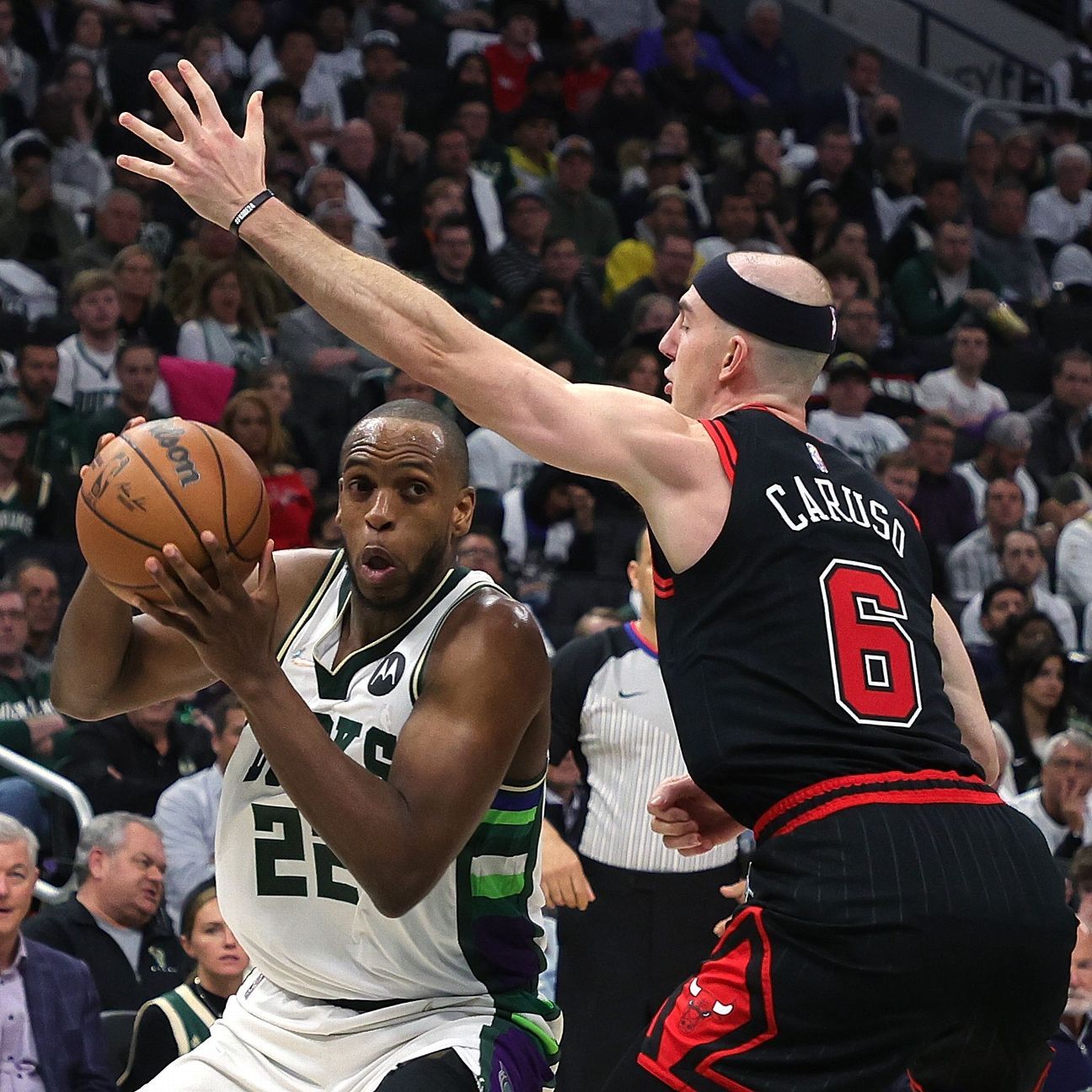 MILWAUKEE — Bucks forwards Khris Middleton and Bobby Portis each exited because of injury on Wednesday against the Chicago Bulls and did not return as Milwaukee lost 114-110.

Middleton slipped on a drive to the basket during the fourth quarter of Game 2 of this first-round series, which is now tied at 1-1, and began favoring his left leg. He attempted to stretch and flex his leg on the sidelines before heading to the locker room. The team announced later in the quarter that he would not return.

Bucks coach Mike Budenholzer said after the game that Middleton suffered an MCL sprain and is scheduled for an MRI on Thursday.

Middleton had 18 points, 8 assists and 5 rebounds in 33 minutes for the Bucks.

Portis was hit in the face by an elbow from Bulls center Tristan Thompson while the two went up for a rebound during the first quarter. No foul was called on the play, but Portis fell to the ground after contact and was bleeding near his right eye after the play.

Portis attempted to warm up briefly after halftime but stayed on the court for only a short period of time before heading back to the locker room. Shortly after the third quarter began, the Bucks ruled him out for the rest of the game with a right eye abrasion.

The injury news wasn’t much better prior to Game 2 for the defending NBA champions. Budenholzer said during his pregame media availability that veteran guard George Hill wasn’t expected to return anytime soon from the abdominal strain that has prevented him from playing in the series.

“We don’t expect him in the short term,” Budenholzer said.

Budenholzer said this issue is unrelated to the neck injury that caused Hill to miss 17 games earlier in the season. Hill said after returning from that injury that he’d been dealing with a partial tear between the sixth and seventh thoracic vertebra in his spine.

According to Budenholzer, the latest injury stems from something that happened in the Bucks’ April 8 game at Detroit. Hill hasn’t played since.

“We’ll see how he progresses over the next I’d say handful of days or more,” Budenholzer said.