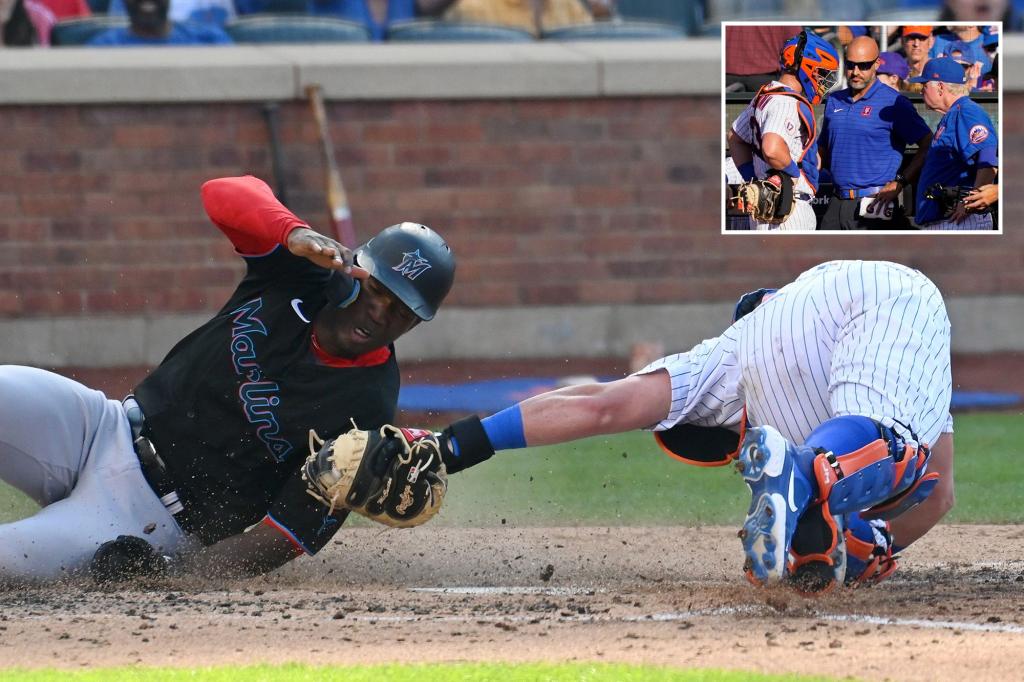 James McCann is returning to the injured list for the second time this season, but Buck Showalter expects the Mets’ starting catcher to miss more than the minimum 10 days.

McCann suffered an oblique injury while applying a tag in the sixth inning of Saturday’s 10-inning win over the Marlins. He also spent more than six weeks on the IL with a fractured hand before being activated on June 25. Patrick Mazeika was recalled from Triple-A Syracuse to back up Tomas Nido in Sunday’s series finale at Citi Field.

“[GM] Billy [Eppler] and I just got the information back, so I won’t get too deep, but it won’t just be the DL period,” Buck Showalter said. “It’ll be longer than 10 days. Obviously for the team, too, but I’m disappointed for him.

“The trainers were talking about it. I don’t know if they’ve ever had anybody work harder to get back from the hamate [injury]. I know Mac was really disappointed [Saturday] night, wanted to get some different news. But it’s the nature of what these guys do for a living. It’s very demanding and sometimes the body doesn’t cooperate or there’s a play that puts you in harm’s way.”

The Mets still were waiting on MRI results for outfielder Starling Marte, who also departed Saturday’s game in the fourth inning with left groin tightness.

Marte, a potential All-star selection for the Mets when reserves are announced later Sunday, is slashing .380/.436/.600 over his last 13 games to raise his overall average to .291 with an OPS of .803. Kramer Robertson was in the clubhouse before the game ready to be activated if it was determined that Marte also required an IL stint.